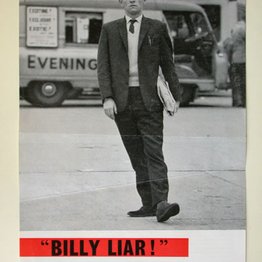 Campaign material is a broad term to cover all publicity material prepared for a film ahead of its release. It can include items such as star biography sheets, brochures, plot synopses and campaign yearbooks for the major studios. Campaign items not included in this section are programmes, posters and film stills, which have their own separate categories.

The collection contains over 1400 items including press packs, star biographies, handbills and many other items relating to film publicity.

View all campaign material in the collection