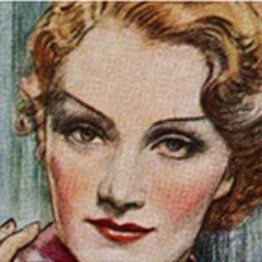 The collection contains over 2300 cigarette cards, mostly of film stars and shots from films.

The custom of including an illustrated card in a packet of cigarettes began at the end of the 19th Century, and lasted until about 1965. Manufacturers published series of associated cards to encourage customers to buy more cigarettes. One of the most common sources of images was the world of movie stars, and we find the earliest of these appearing in the early 1910s. The heyday of the film star card was the 1930s, when the fascination with film stars was at its height.

View all cigarette cards in the collection