As a public museum and centre for academic research, the museum houses 75,000 artefacts, the majority of which are available for consultation by appointment. It houses the largest library of books relating to the moving image in any British University, a collection which is the second largest in the country after the British Film Institute.

The collection is characterized by its particular emphasis upon ephemera and material produced for the audience itself, or artefacts which are associated with the audience’s experience of cinema and Pre-Cinema optical entertainments. 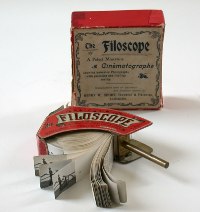 The collection contains a very rare complete set of prints of the 1791 Panorama of London from the Albion Mills factory by Blackfriars Bridge, as well as over 100 other prints relating to panorama and panorama buildings, 80 programmes, handbills and posters for panorama exhibitions, and other ephemera relating to panorama and dioramic exhibitions. Listen to Peter Jewell talk about the development of the panorama and subsequent pre-cinema visual effects. We also hold the research papers of Britain's foremost panorama expert, the late Ralph Hyde. You can link to his dictionary of panoramists here 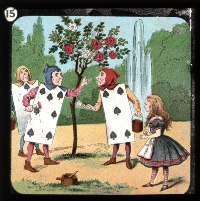 The collection contains 30 small peep shows and 70 peep show prints and vues d’optiques, as well as 20 books about peep shows.

There are more than 1500 assorted stereoscope cards in the collection, along with several stereoscopes and 30 books relating to the history of Stereography and the 3D image.

The collection contains a large number of items relating demonstrating optical illusions including 130 metamorphic images, postcards and prints, 20 items on anamorphosis and 50 kaleidoscopes. 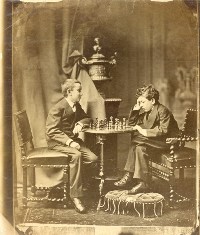 The collection contains an original 1896 Lumière Cinématographe, an Edison phonograph and phonograph discs, business cards and autographed letters belonging to Auguste and Louis Lumière as well as a book signed by Thomas Edison. There are also 80 programmes and posters for performances before 1910, numerous handbills for theatre and music hall shows featuring early film and an extensive selection of books on early film makers.

The collection contains over 1000 items related to Charlie Chaplin, including postcards and toys dating from the 1910s. 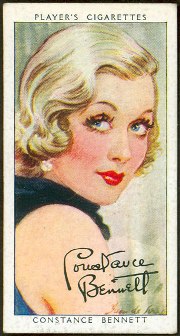 The collection contains vast quantities of ephemera relating to the great film stars, with particularly good collections of items concerning Marilyn Monroe, Greta Garbo and James Dean. There are thousands of postcards and photographs of the stars, more than 4000 biographies of film personalities, and several hundred books written by film personalities alongside various other memorabilia such as crockery, badges, autographs and endorsed products.

The museum contains a large number of items relating to animation and the largest collection of Disney resources in the UK. The bulk of this is made up by the Robin Allan collection, which includes original 1940s / 1950s cel artwork, a large library of books relating to Disney and research notes and interviews with those involved in working on Disney films.

The museum collection contains thousands of books and artefacts relating to British cinema, from early cinema pioneers, to the Golden Age of the 1930s and 1940s, the revival of the British New Wave in the 1950s and 1960s and up to modern British filmmaking today. Among other material are 200 campaign books ranging from all eras of British film history, hundreds of issues of British fan magazines, 400 cinema and publicity programmes and an extensive library collection on British film.

The collection holds large numbers of press books dating from the 1910s to the present day, books which provide an insight into how films were sold and marketed to an audience and who was expected to see them.

The collection includes hundreds of cinema programmes , mainly from Britain but with some examples from the USA, France and elsewhere. They date from mixed variety programmes in the 1890s, through many exmaples from the 1920s and 1930s right up to the present day.

We were very sad to hear of the death late last year after a long illness of our friend and former colleague, Professor Steve Neale. Steve was one of the most important film historians over the last fifty years in ...