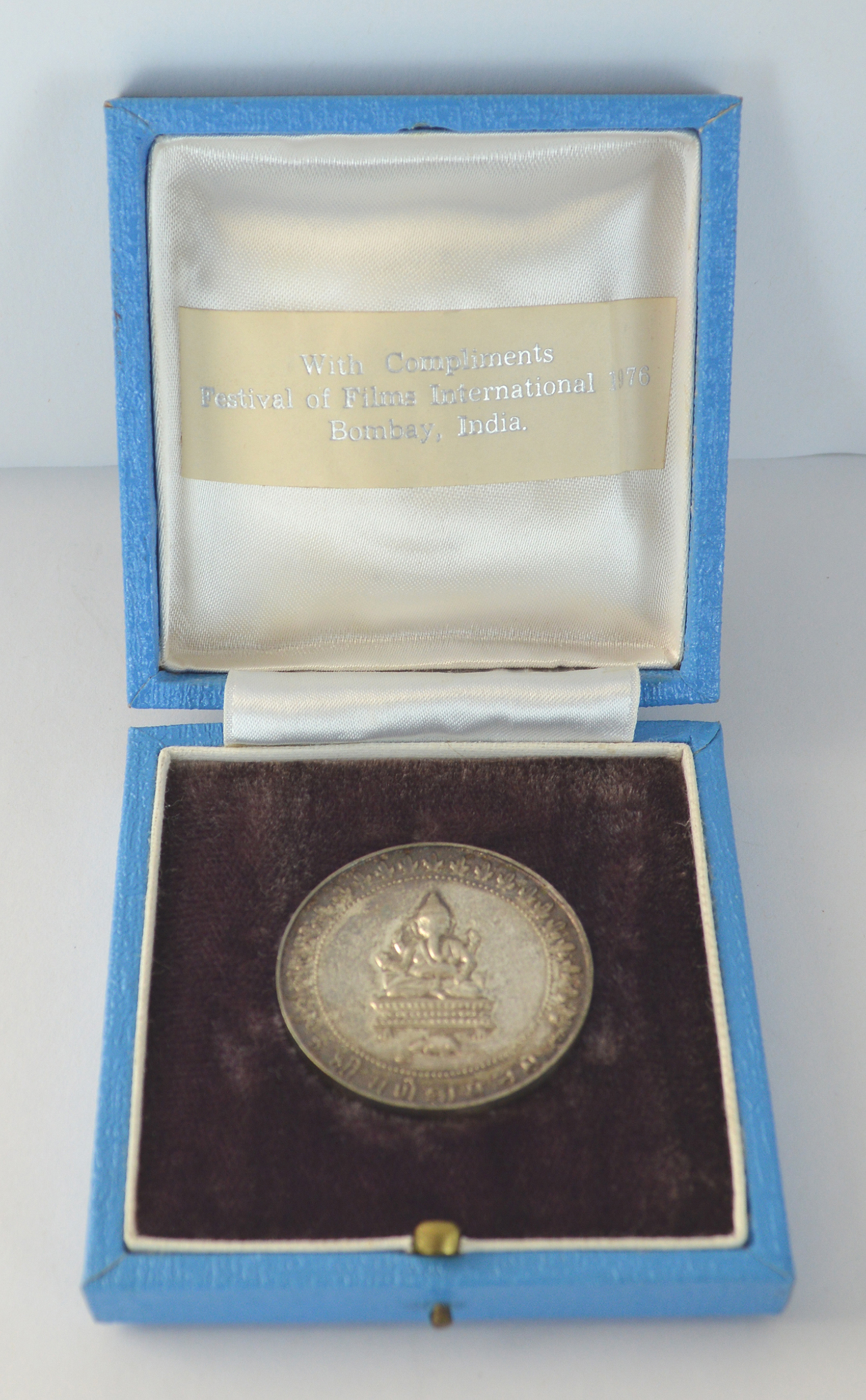 A small silver medal presented in Bombay from the Festival of Films International 1976 to Bill Douglas, probably for his film My Ain Folk . This silver medal reveals an image of Ganesh with written Sanskrit underneath. The medal is presented within a small squared blue coloured box. (open).