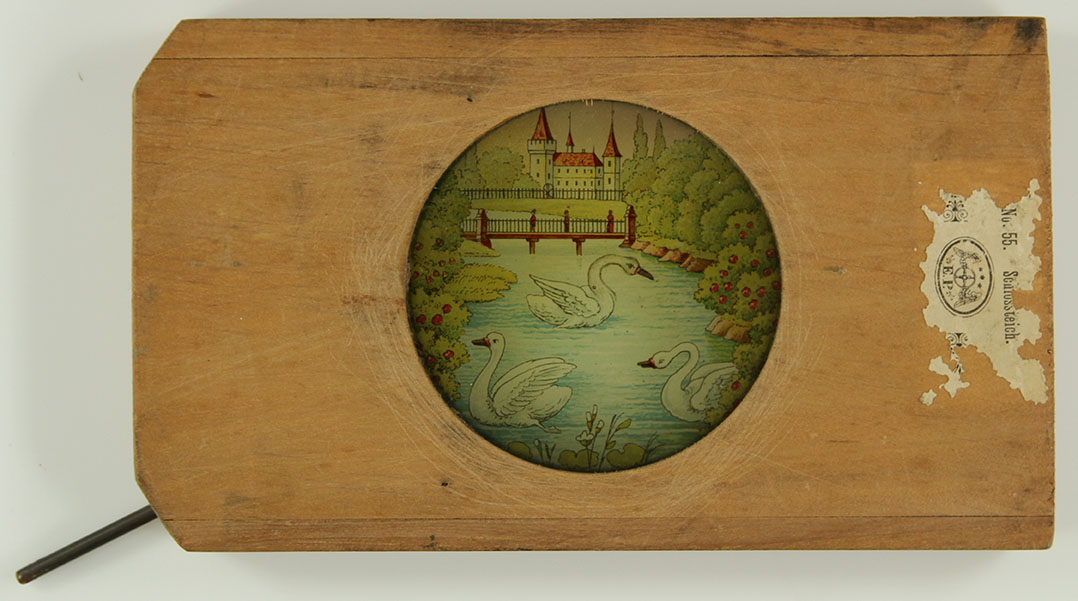 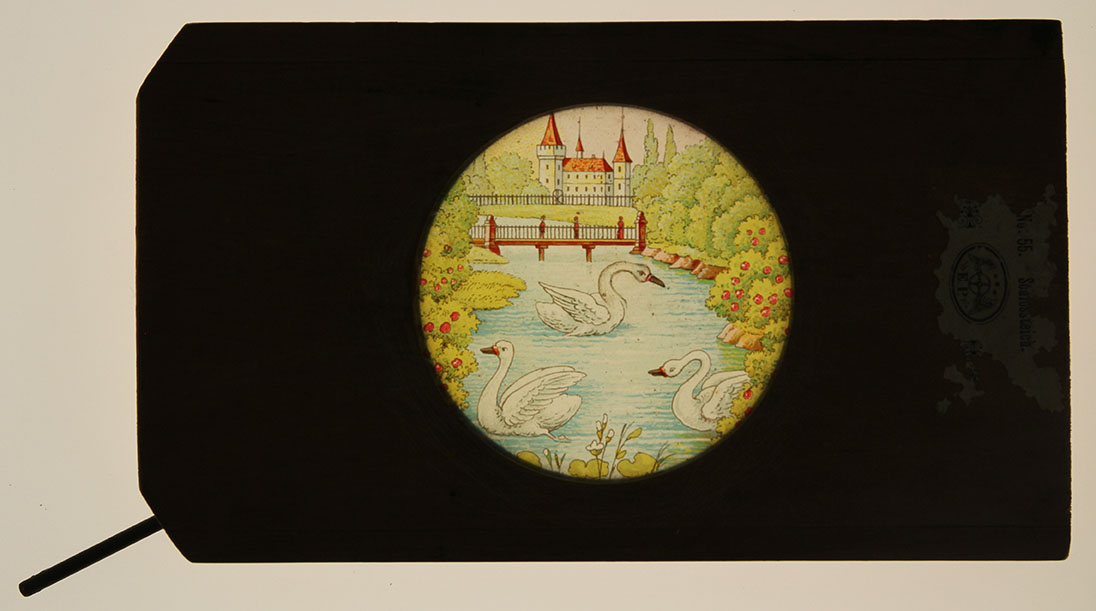 Slide with an arrangement of glass disc and lever, enables swan's neck to move up and down. Three swans pictured swimming in a lake in the foreground, with bridge in the mid-ground, and chateau in the background. Moving neck of the swan in centre of the image. Hand tinted, with blue, green and red. The movable glass disc is mounted in a metal collar with a lever attached, extending beyond the frame. The lever is confined in a channel cut in the surface of the frame. Moveable glass is held in position by three brass pins. Routinely used by travel lanternists in 18th and 19th century. Single lever slide, which moves in a circular direction, the swan's neck, painted on the moveable glass, moves up and down. The single lever slide gives movement to the swan by the use of two glasses, one of which is fixed in a wooden frame and the other (with head and neck) free to move in a circular motion.