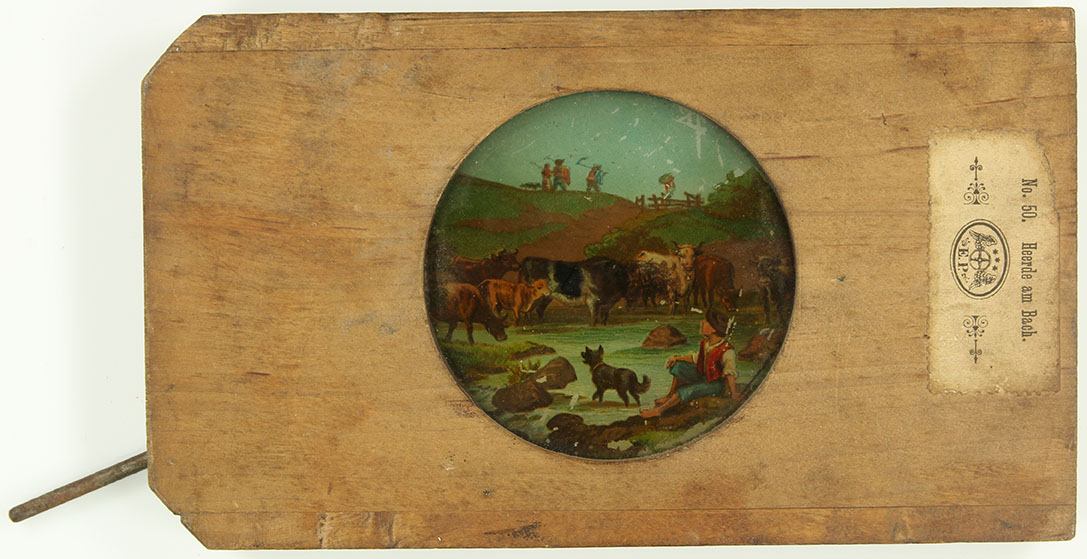 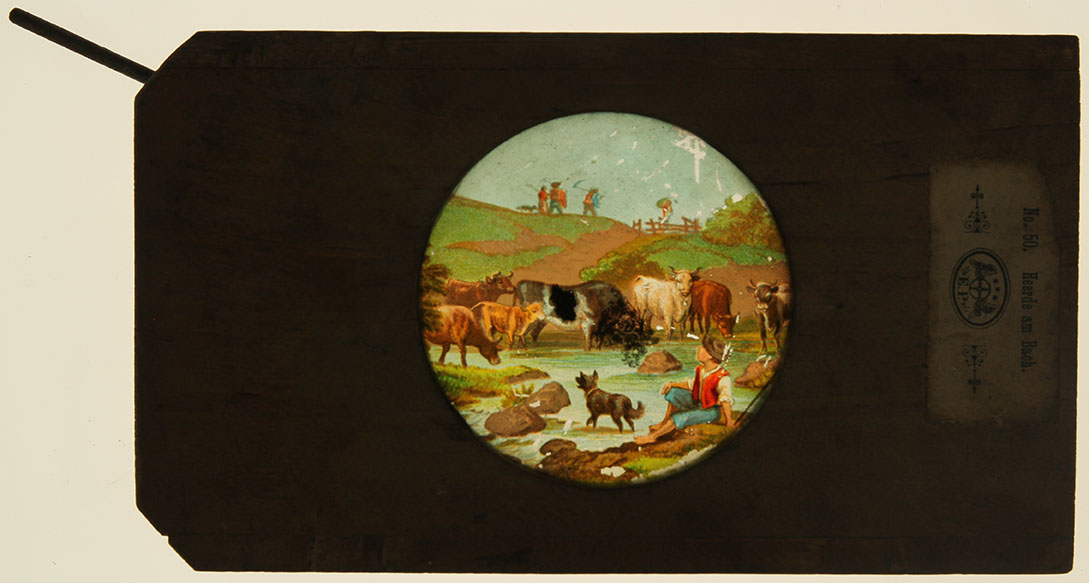 Hand-tinted single lever slide of a country scene depicting a young boy or shepherd in the foreground, sat by the edge of a lake, accompanied by his dog, and watching over his cattle as they drink from the lake. In the background, a group of farm labourers walk over the hill. The title of the slide, 'Heerde am Bach' relates to a place called Heerde, a municipality and a town in the eastern Netherlands, and the word 'Bach' which is used as a term of endearment. Roughly translated as 'My dear Heerde'. This slide design is arranged of glass discs and levers which enable parts of the image to move, in this case the head of a black and white cow as it drinks from the lake. The single lever slide gives movement to the cow's head by the use of two glasses, one of which is fixed in a wooden frame and the other free to move in a circular motion. The moveable glass disc is mounted in a brass collar with a brass lever attached, extending beyond the frame.