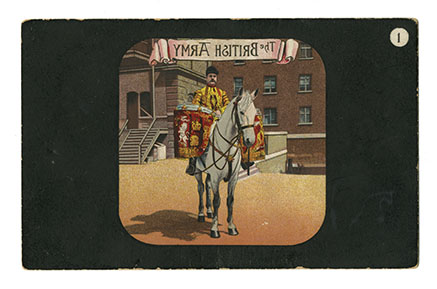 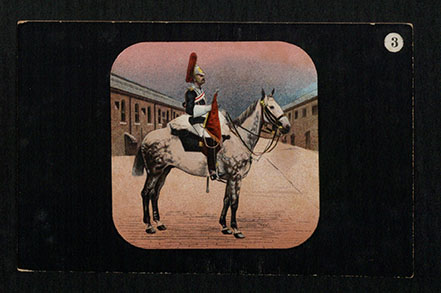 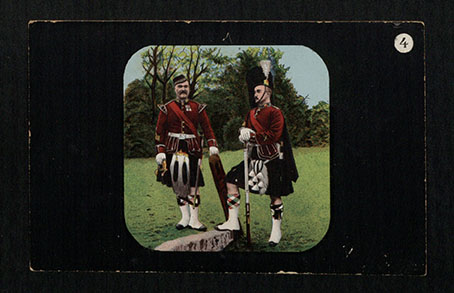 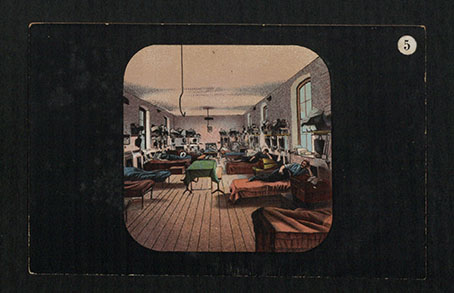 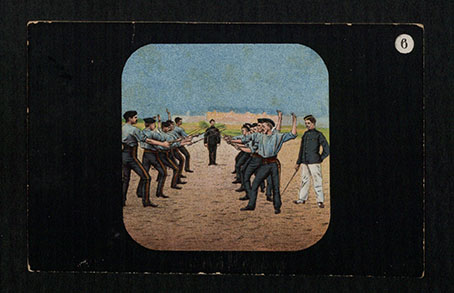 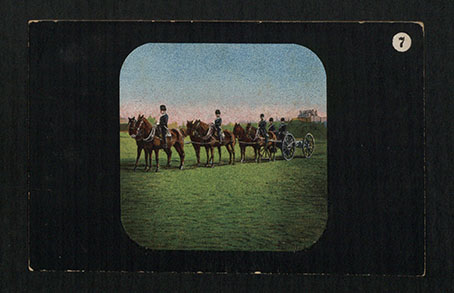 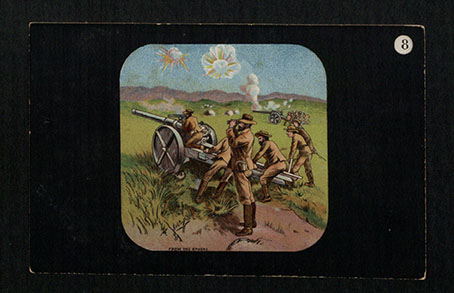 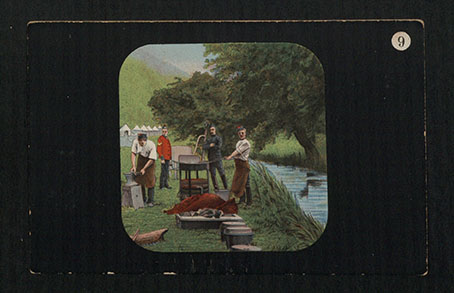 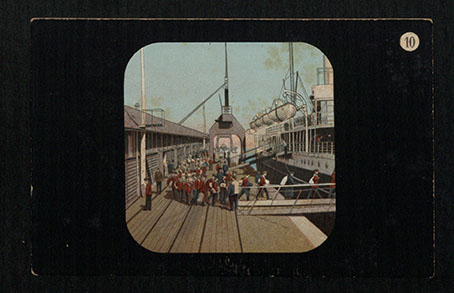 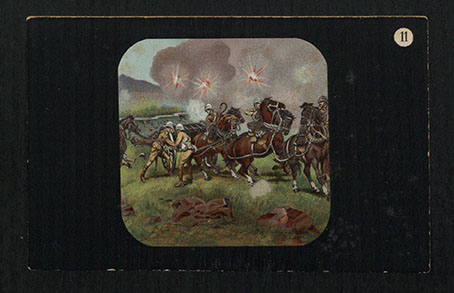 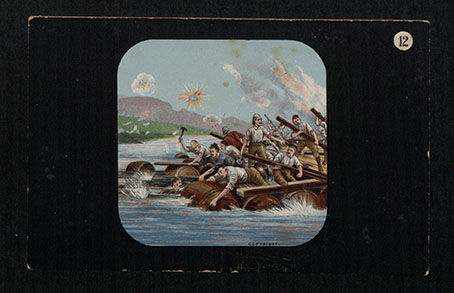 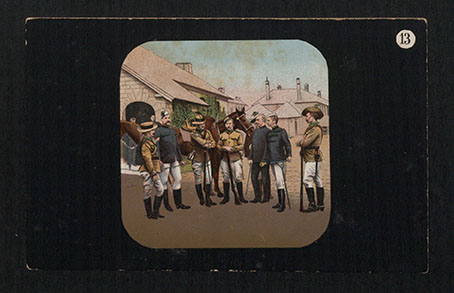 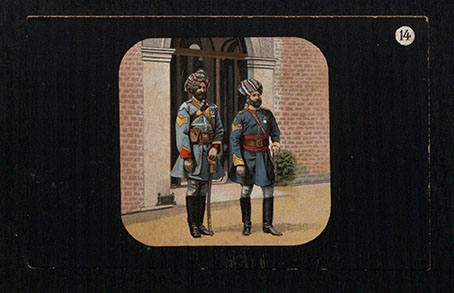 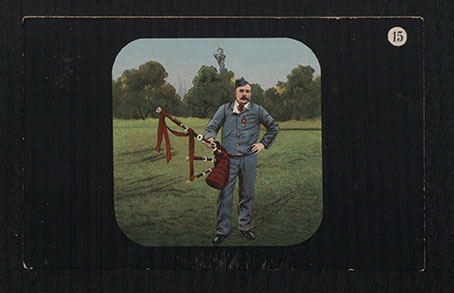 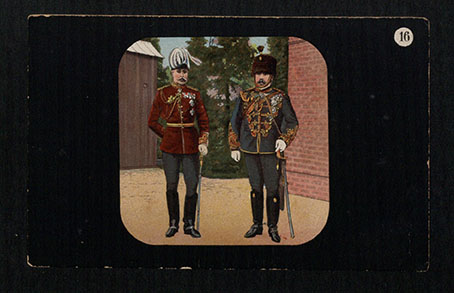 Box set of 24 postcards, coloured illustrations from photographs, of 'The British Army' series, circa 1900. (some of these cards are duplicates) Appears that the box is from a different set than the postcards inside. On the spine of the box set title reads: 'Foolish Bird' series. The British Army set: 1. Drummer on horseback, on parade. 2. Two soldiers amongst group of civilians (2 copies) (one card is severely damaged, top left corner missing and top right badly torn). 3. Queen's guard on horseback (2 copies) (one card has top right corner [and series number, no. 3] torn away). 4. 2 Scots guards (2 copies) (one card has creased top left corner) 5. Servicemen's quarters or mess, interior shot. Includes men's beds, kit, and 6 men lying on their beds. 6. Servicemen practicing sword skills, two groups of men plus 2 instructors, outside barracks. 7. 5 guards on horseback, pulling mobile field gun. Artillery practice. 8. Boer War field gunners firing, with one soldier viewing target through binoculars, explosions overhead (2 copies) 9. 4 servicemen metalworkers/smiths, making horse shoes and repairing weapons, with forge set up outside, next to river bank (2 copies) 10. New recruits boarding ship. 11. Boer War battle scene re-enactment, British soldiers on horseback and artillery men/gunners. Explosions overhead (2 copies) 12. Soldiers on a raft made of barrels and timbers. Men are trying to get away, under heavy fire, and some are shown constructing the rafts using hammers, others with wood, and another soldier is being rescued from the river, as they try to make their escape. (2 copies). (one card is won around the edges) 13. British officers and a sergeant stand in a group, two horses in the background, Near stables or barracks (2 copies) 14. 2 horsemen from the India Corps, both sergeants. 15. Scottish bagpipe player (2 copies) 16. 2 Generals, in full parade uniform.