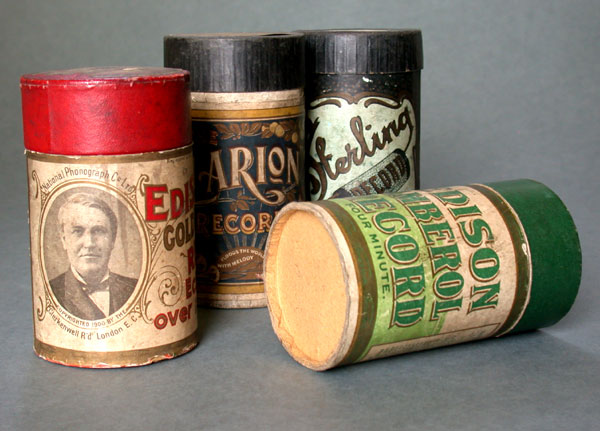 An original Edison wax phonograph cylinder from around 1910. The cylinder contains a recording of New colonial march- a brass marching piece composed by American composer Robert Brown Hall and can be played using a phonograph. The 1910s saw the decline and fall in popularity of the phonograph cylinder in favour of the disc record system invented in the 1880s largely by Emile Berliner.