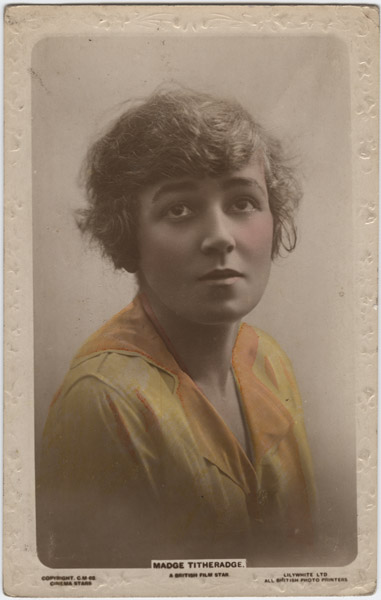 Madge Titheradge (2nd July, 1887 - 14th November, 1961), the daughter of George Sutton and Alma Titheradge, was born in Melbourne but educated privately in Hampstead, England from the age of 11. After some stage work in Australia she made her London debut in the Water Babies, aged 15. She became a popular actress and beauty. Her screen debut was in the British film 'A Fair Imposter' (1916) and later that year she starred in the Hollywood production 'Brigadier Gerard'. Her first marriage to actor Charles Quartermaine was dissolved in 1928. The last part of her life was spent in Surrey where she died, aged 74.