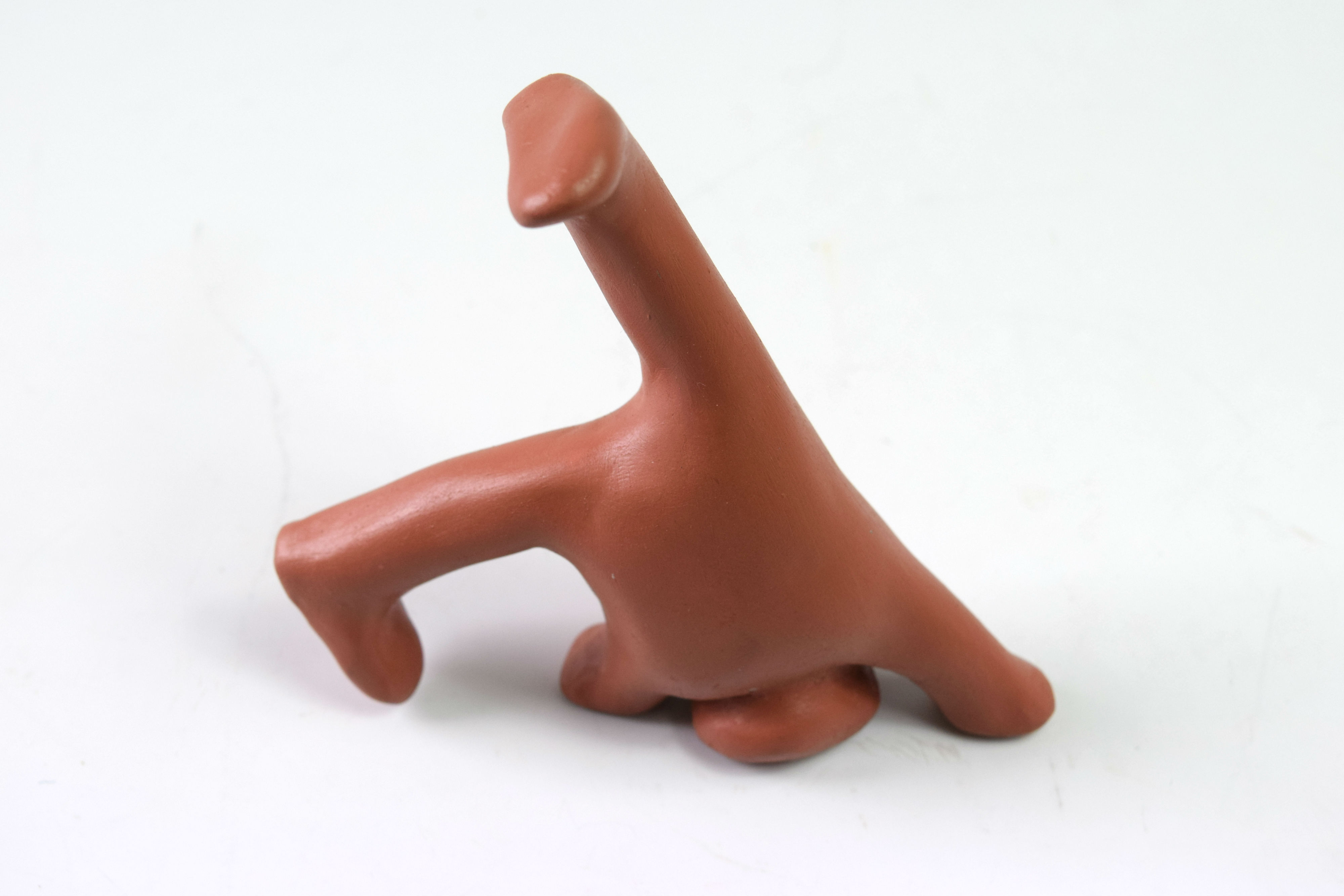 Hard clay figurine of popular British stop-motion character Morph, created in the 1970s by Aardman Animation, including Nick Park (producer of Wallace and Gromit). Morph is mid-cartwheel with his head cut in half so that figurine stands alone; figurine is fully intact and coloured.