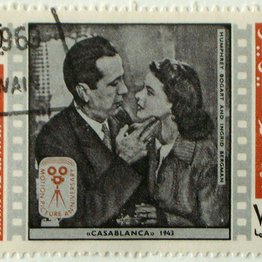 When the first postage stamps were issued in the 1840s, they followed an almost identical standard in shape, size and general subject matter. They were rectangular in shape. They bore the images of Queens, Presidents and other political figures. They also depicted the denomination of the postage-paid, and with the exception of the United Kingdom,[34] depicted the name of the country from which issued.[35] Nearly all early postage stamps depict images of national leaders only. Soon after the introduction of the postage stamp, other subjects and designs began to appear. Some designs were welcome, others widely criticized. For example, in 1869, the U.S. Post Office broke tradition of depicting presidents or other famous historical figures, instead using other subjects including a train, and horse. (See: 1869 Pictorial Issue.) The change was greeted with general disapproval, and sometimes harsh criticism from the American public.[36][37]

View all postage stamps in the collection