The use of shadows to amuse and entertain has a very long history. There are records of shadow puppets being used in performances in China and India more than two thousand years ago.

The simplest shadow shows are created by our own hands. They were particularly popular in the 19th Century, when many books were produced illustrating ways of making animals and people appear on a wall, sometimes with the assistance of a few carefully positioned props.

Here are some hand shadow images. See how you get on with trying to make them for yourself. You'll need a strong light source (a bedside lamp will do fine) and a white or light-coloured wall to act as your screen. 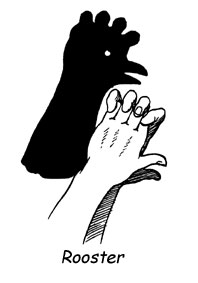 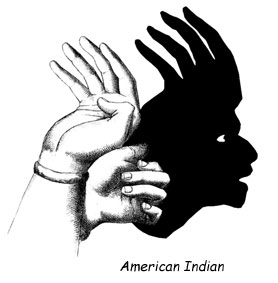 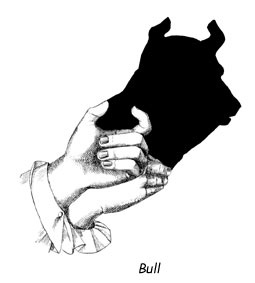 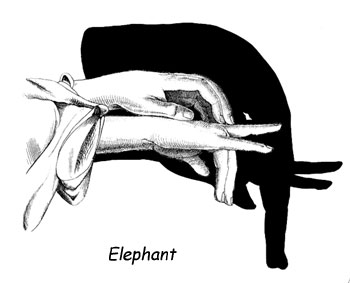 Another popular type of shadow play in the 19th Century was the ombrascope, or white shadow. A white piece of paper is cut out to show a person, whose 'white shadow' is thrown onto a wall when held up to the light. Famous people to appear included Napoleon, Shakespeare and Queen Victoria. 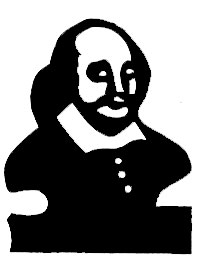 Today, the most famous shadow puppetry comes from Java and from Turkey. Javanese shadow shows are known as 'Wayang Purwa' and are elaborate performances lasting throughout the night. They were originally used to teach the stories of the Hindu religion, and so have much in common with Indian shadow shows. They were handed down by oral tradition, and so have evolved a Javanese version of the originals.

The puppets are manipulated by a single person (the 'Dalang') who also provides all the voices. An orchestra, consisting of gongs, drums and tuned percussion instruments, accompanies the action - it is known as a gamelan.

Shadow puppets in Turkey were in use from at least the 14th century. They were widely performed 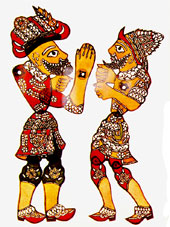 between the 17th and 19th centuries, particularly during the month of Ramadan.

Turkish shadow puppets are made from camel or buffalo hide, which is scraped until it is semi-transparent, and then painted. The two central characters in all plays are Karagöz and Hacivat. The stories focus on the comic, normally involving an argument and fight between the uneducated Karagöz and his more gentile friend Hacivat. Despite Hacivat's learning, it is always Karagöz who triumphs at the end of the show. They are still a popular entertainment for children.

Chinese shadow puppets are very delicate items, normally made from donkey skin and decorated with cut-out designs and translucent dyes. They 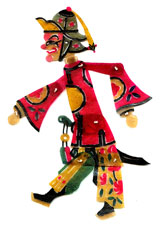 are usually so thin that the colours as well as the outline are displayed on the screen. Unlike both Javanese and Turkish shadow theatre there was a very wide range of Chinese characters to perform in many different plays, whether military, religious or simple folk tales.