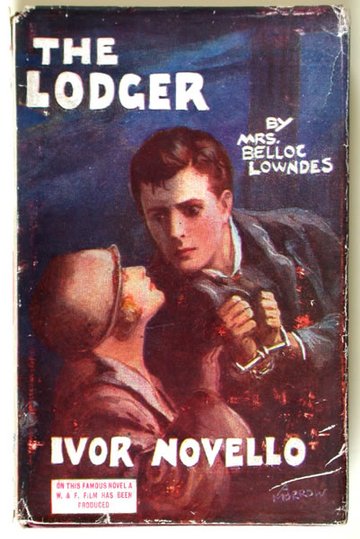 School student Ella Wyett has been working with us in the museum this week and has written about some of the silent Hitchcock material she has found in our collection.

Filmed in 1926 and released the following year, The Lodger: A Story of the London Fog marks the third feature film directed by Alfred Hitchcock, as well as being his first commercial success in the silent film industry.

The film was adapted from the novel of the same name, authored by Marie Belloc Lowndes. The book (of which multiple copies are held by the museum, including the one pictured above, and which they have been kind enough to let me read), was published in its finished form in 1913, and is typically considered to be the first novelisation of the Jack the Ripper murders. It tells the story of a failing lodging house in London, owned by the Buntings, who believe their business to be saved by the appearance of the mysterious, and aptly named, Mr. Sleuth, who arrives to stay with them at the same time as a series of grisly murders take place.

In terms of the plot, the film adaptation rarely strays from the original, with only two major changes taking place. These do, however, alter things in quite a fundamental way, both in regards to the plot and the way in which Hitchcock directed the film. The lesser of the two changes is the inclusion of the Bunting’s daughter, Daisy, living with them as opposed to staying with her aunt, so as to provide a romantic subplot. The other change is to the ending; in the book, the lodger does actually turn out to be the murderer, whereas in the film, the lodger is incorrectly accused and is ultimately innocent (and instead was searching for the murderer himself).

This change took place due to the casting of Ivor Novello as the lodger, who was nearing the height of his fame, as is illustrated by this article from Picturegoer of May 1926; the museum is in possession of an overwhelming amount of copies of this periodical, spanning the years 1918-1960, should you wish to take a look yourself. This article, entitled 'Ivor in Bloomsbury' reports on the making of the film and interviews Hitchcock about the process of the adaptation. 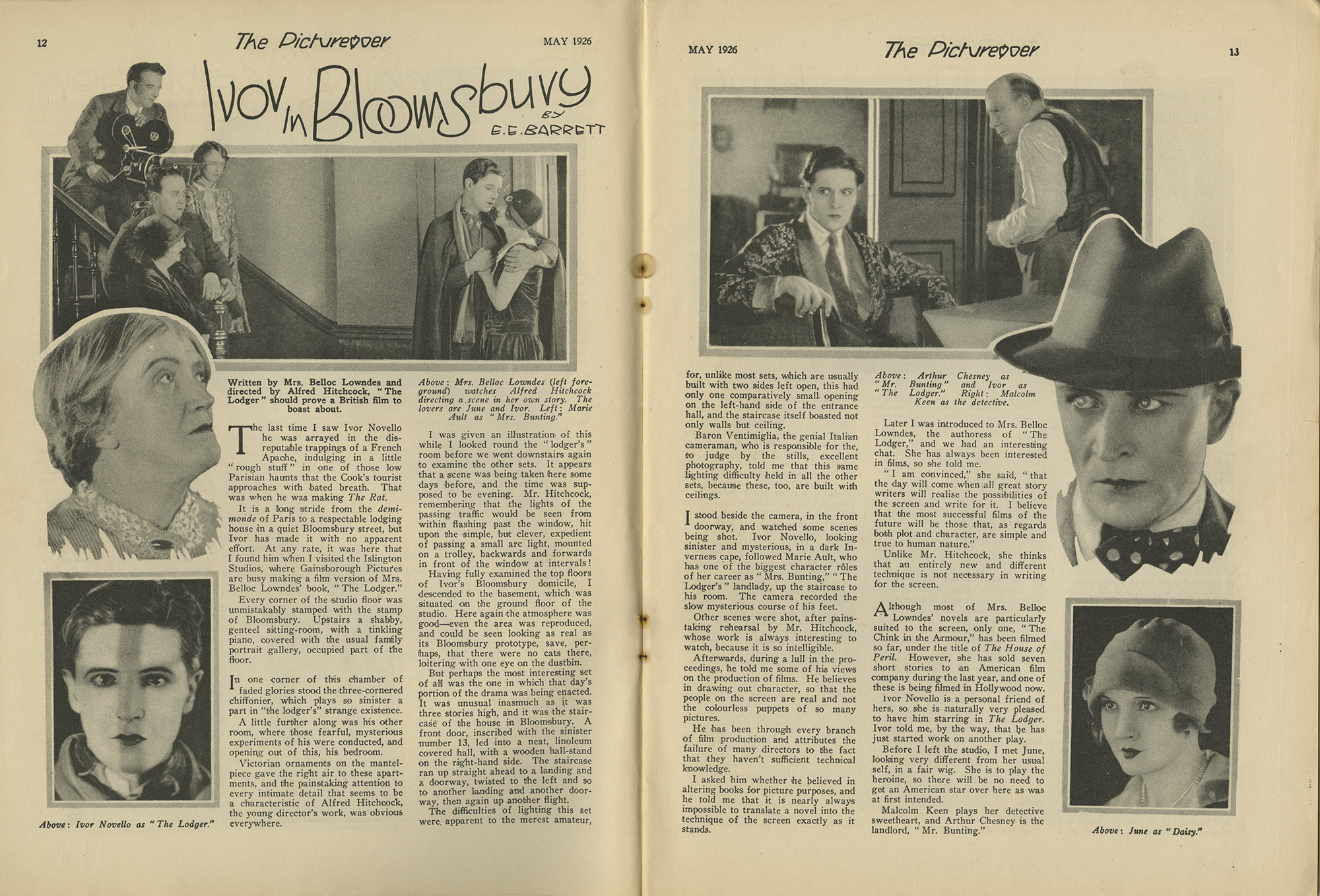 When the studio heard of Novello's casting, they demanded that Hitchcock make alterations to the plot, as they feared that the film would not be well received by the public if the star were to be presented as a murderer. This appears to have been a wise choice – by the time the film was released, Novello was one of, if not the most popular screen star in Britain, referred to by critics and fan base alike as ‘Britain’s handsomest screen actor’. His other successful role in this period was in the title role of 'The Rat', an honourable Parisien thief. The museum holds material on Novello in 'The Rat' including a pressbook and images. 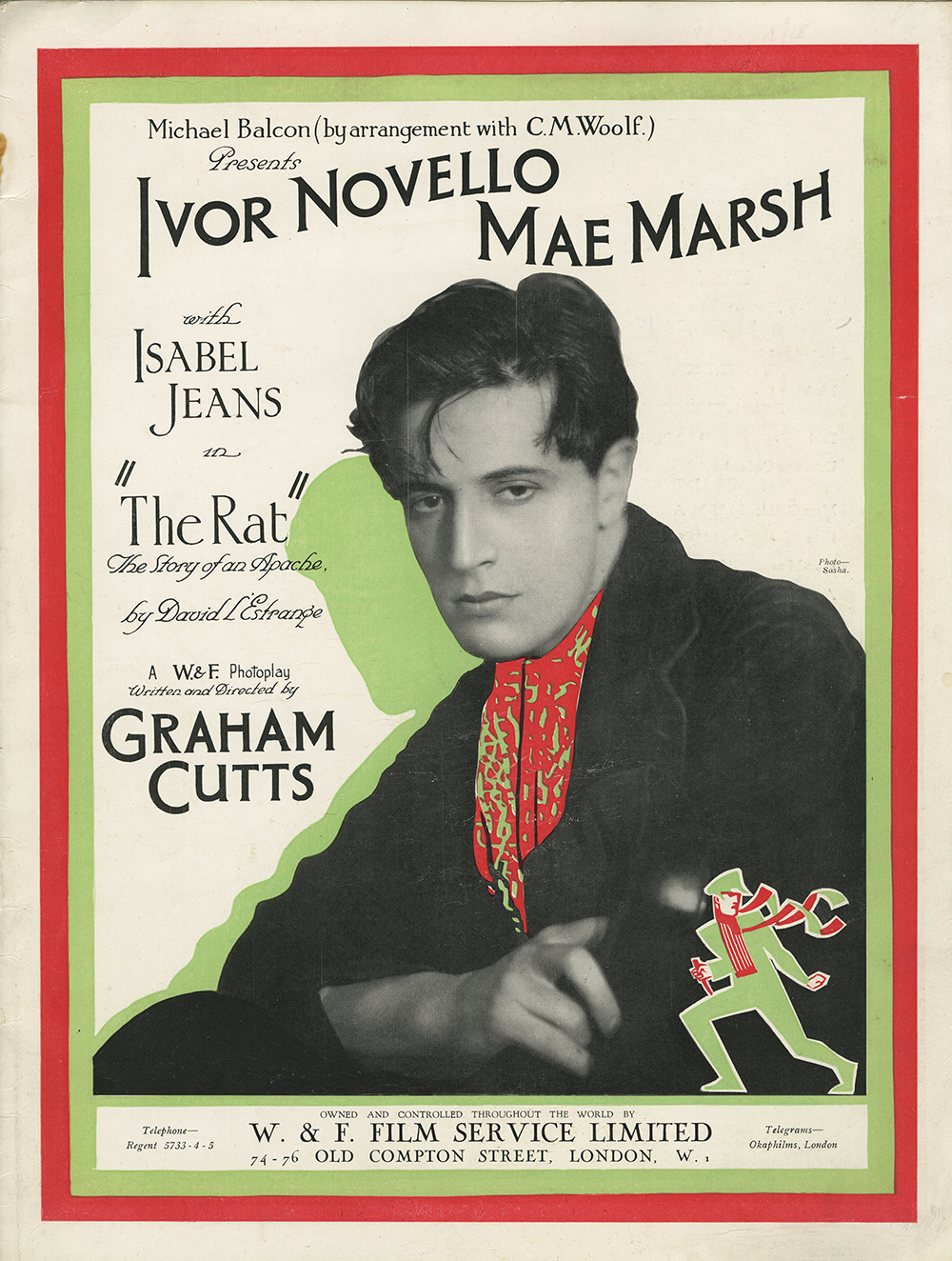 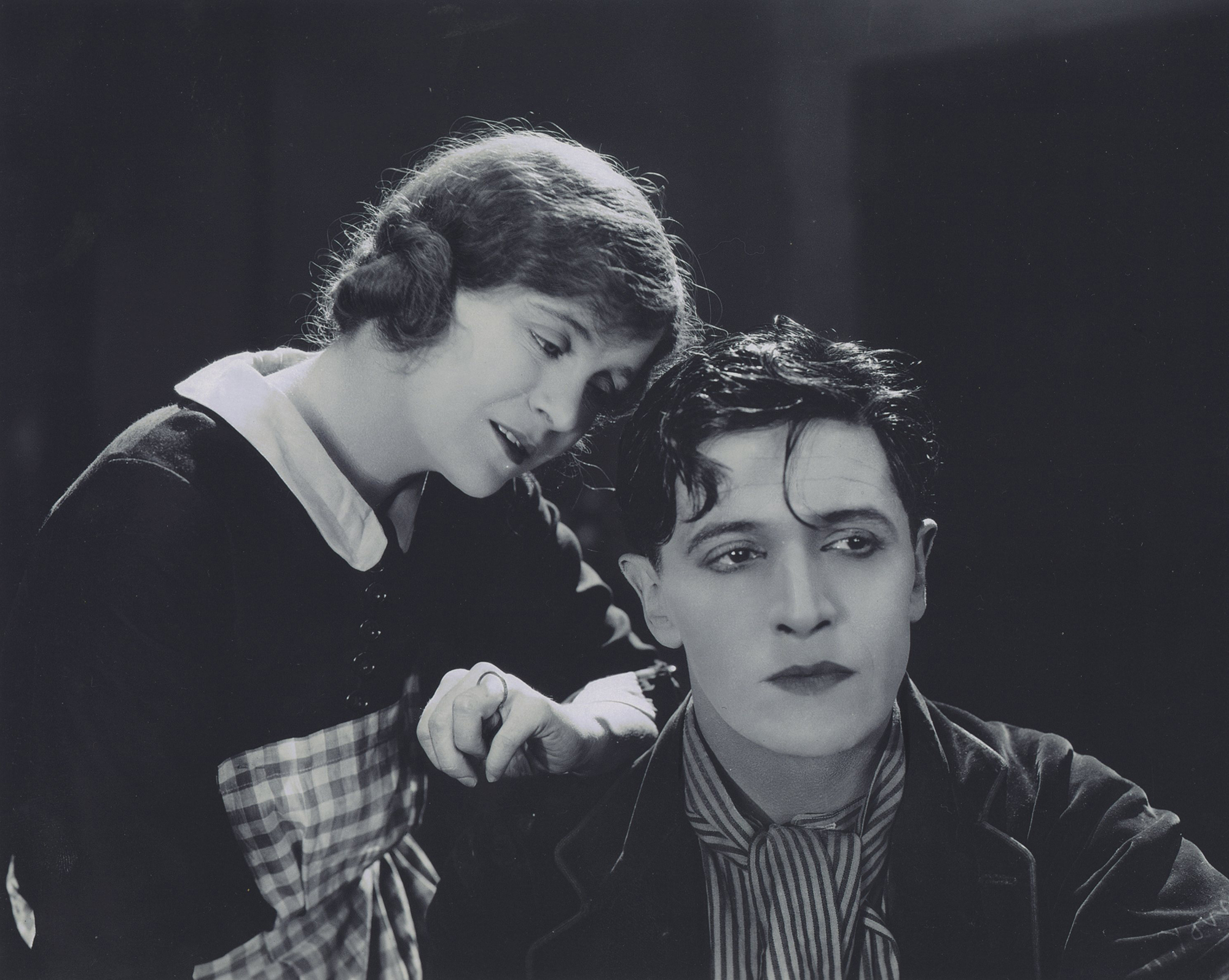 In regards to the development of Hitchcock as a director, including his stylistic endeavours and rise to fame, The Lodger is an important film. Considered by the director himself to be his first ‘Hitchcock’ film, we can see early signs of his dedication to creating a suspenseful and gripping experience, also highlighted by this article from Picturegoer. They write of his idea, on remembering that the lights of cars would be visible from the lodging, to pass lights mounted on a trolley by the windows of the set at intervals, so as to mimic traffic. Further on in the article, Hitchcock talks of his attempts in ‘drawing out character’ so that the characters seem more real to the audience than many of the ‘colourless puppets’ seen in other silent films of the time. It is this attention to detail and meticulous planning that sets Hitchcock apart well into his career, even once he had ventured out into Hollywood.

The Lodger also marks the beginning of a veritable goldmine of suspenseful and exciting films to come, as it introduces many themes and tropes that we have come to expect from a Hitchcock film. The themes in The Lodger include some of Hitchcock’s most well-known – blonde victims being one of the more widely recognisable and controversial. It also features, purely by chance, the first of many Hitchcock cameos. Stylistically, The Lodger takes much inspiration from German expressionist film, the likes of which include Nosferatu, primarily using light and shadows to provide a sense of unrest or tension; a technique that is used in some of Hitchcock’s most commercially successful films, notably Psycho. The plot of the film itself is one that we see reiterated in various other Hitchcock films later in his career – the man wrongly accused of crime – found famously in North by Northwest and The 39 steps. Due to the changes to the ending of The Lodger, this plot device was accentuated to the extreme, so that the audience was suitably convinced that the lodger was the murderer until the very end of the film. 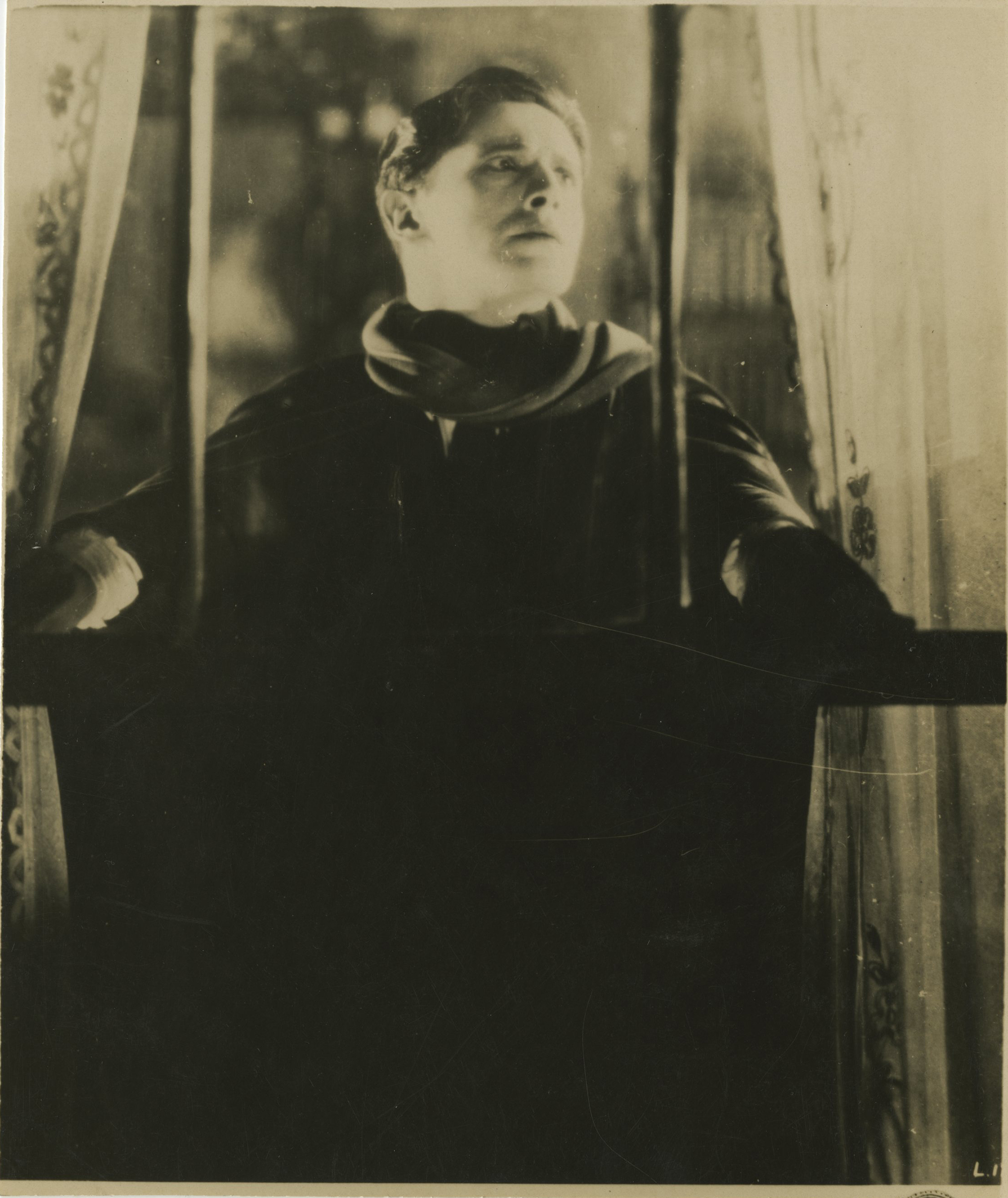 Still image of Ivor Novello in The Lodger (EXEBD 95073)