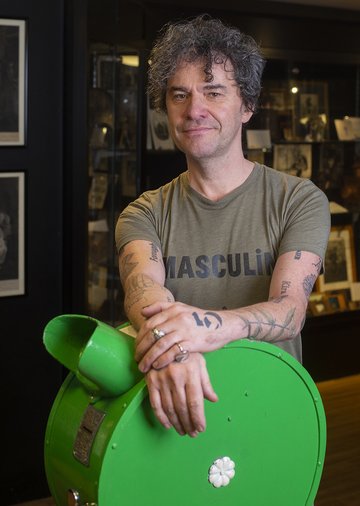 We were delighted to welcome filmmaker and critic Mark Cousins to the museum last week. Mark was at the University of Exeter to take part in a Creative Dialogues event with our donor, Director and Producer Don Boyd.

Mark is a huge fan of Bill Douglas's films and showed The Bill Douglas Trilogy in the travelling cinema events that he and Tilda Swinton have run all over the world. At the screenings he and Tilda introduced the film by reading out Peter Jewell's poem 'Rebus', which is about Bill.

He was also fascinated to see our exhibits on cinema history and the material we held on some of his favourite filmmakers such as Satyajit Ray. He kindly told us that the museum was a treasure trove and that it was up there with any of the cinema museums he had visited in his extensive travels. We very much look forward to Mark visiting us again. His films 'The Eyes of Orson Welles' and 'Stockholm, My Love' are currently available on BBC iplayer. Don Boyd has also produced some of Mark's films such as Here Be Dragons; Life May Be and 6 Desires. 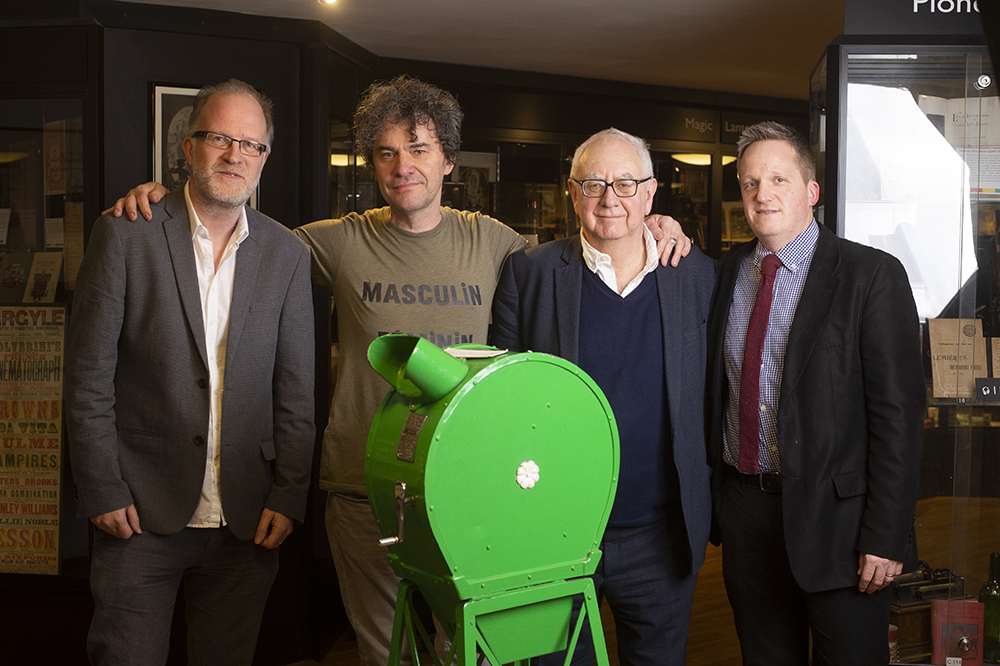 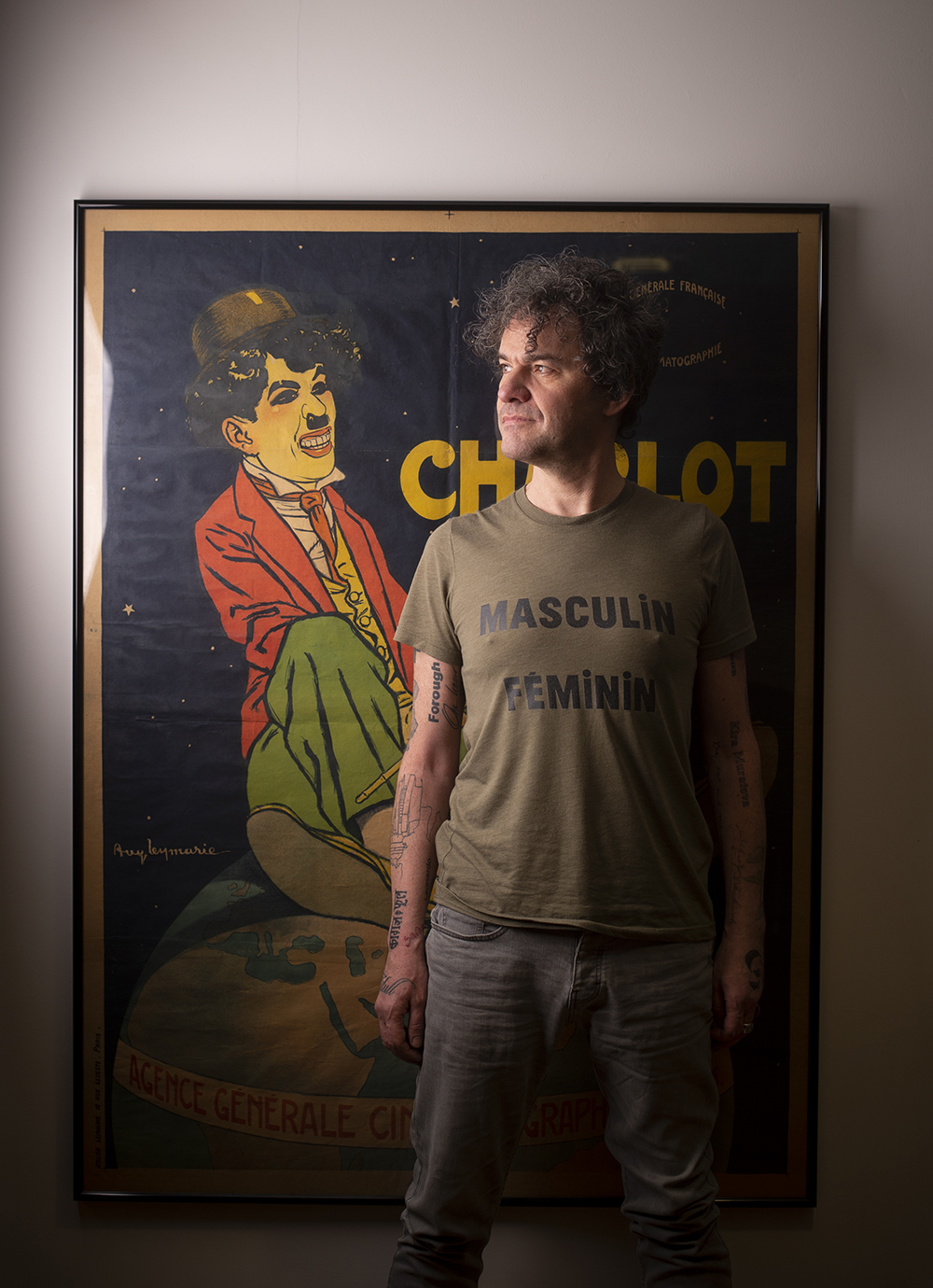 Mark with the Charlot Poster at the entrance to our Upper Gallery. Photographs by Steve Hayward.