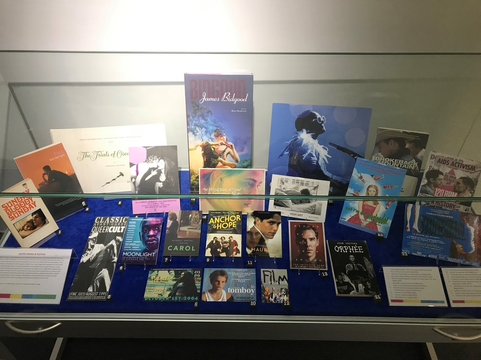 Translating for Change is an AHRC funded project looking at the consumption of English-language LGBTQ+ films in China. It is led by Exeter academic Dr Ting Guo and Dr Jonathan Evans from the University of Glasgow. As part of the project interns Rosanna Armstrong and Milan George (who were also museum volunteeers) created a physical display on LGBTQ+cinema more broadly, a Sway exhibition and set up an accompanying trail through Gay and Queer cinema history through our galleries, which you can access here.

Milan discusses the display below: 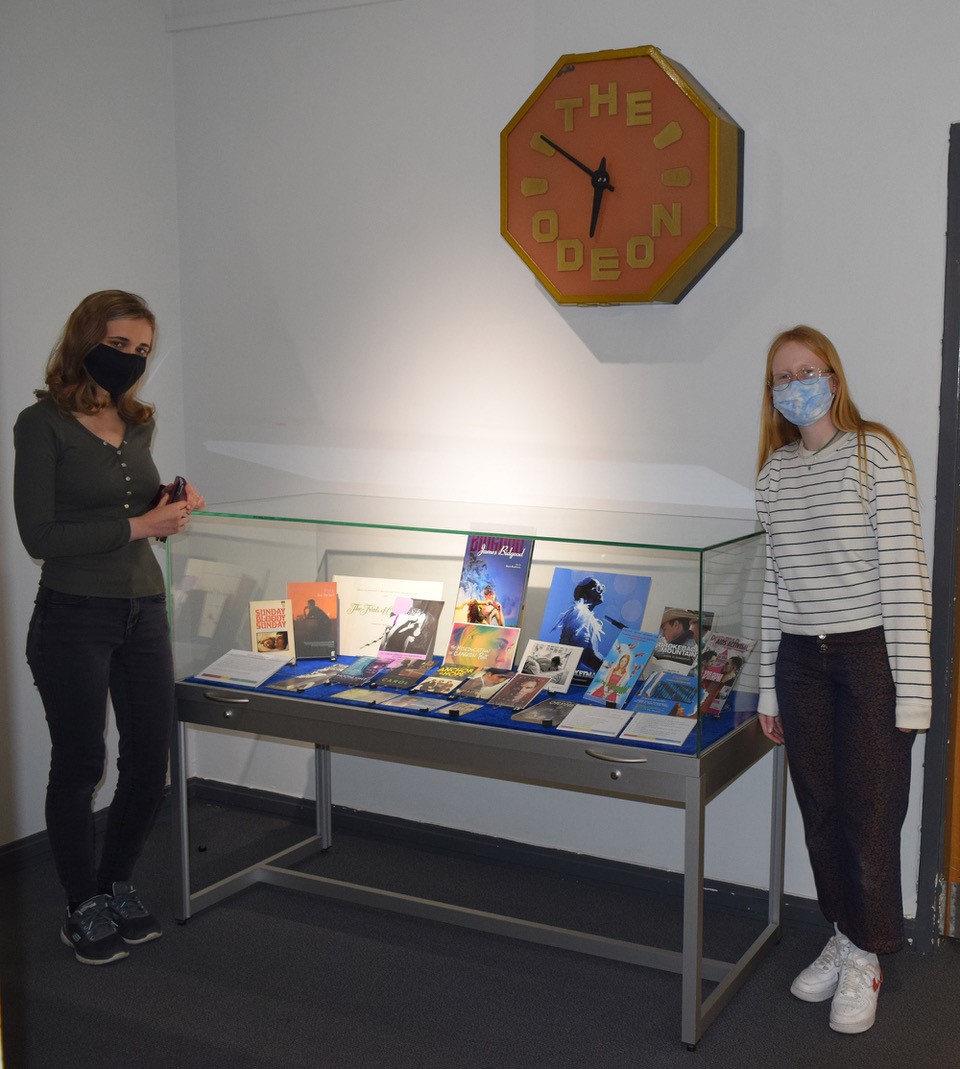 As research assistants for the project Translating for Change, created by Ting Guo and Jonathan Evans and funded by the AHRC, we were tasked with exhibiting different materials from the Bill Douglas Cinema Museum collection in a digital exhibition and within the museum. The museum has an excellent collection of physical artefacts that relate to LGBT+ cinema throughout the 20th and 21st century, ranging from film promotional materials to photographs and souvenir posters. We narrowed down our search by making sure we were able to find artefacts that could represent as many facets of queer cinema as possible from the materials that were available to us, including the use of films that were a part of queer cinematic culture even without direct reference to queer characters. The variety of objects also lent itself to allowing our two exhibitions to be visually appealing to different audiences.

Some of our favourite objects both within our physical and digital exhibition included the set of photographic stills from the film High Art (EXEBD 65842). These photographs were particularly appealing as they were able to represent an intimacy within lesbian cinema as other examples of materials focused more on the promotional side of advertising the specific film. Furthermore, as one of our few lesbian films it was important to us to show the variety of cinematic materials located within the museum and within the scope of queer cinema that focussed on stories not as commonly seen. The photographs also linked to the content of the film as the story is focused on the relationship between an editor and a photographer. 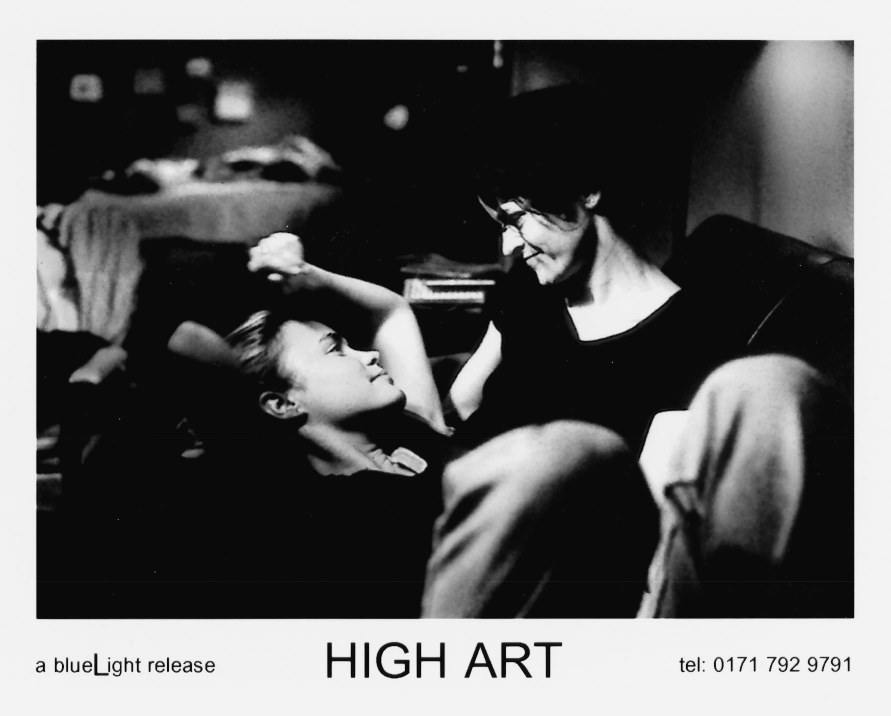 Another artefact that we were fascinated by was the screenplay for Brokeback Mountain which also contained the short story written by Annie Proulx in 1997. Within this text there were other short essays as well as a collection of black and white photographs taken on the set of the 2005 film. This film is one of the most well-known LGBT films in the 21st century and to include it amongst smaller, independent cinema was an interesting way to visualise the connection between underground queer cinema and more mainstream films. The photographs inside the book were accompanied by the screenplay which made for an interesting composition within our exhibition, in particular within the digital version which can be accessed online. The physical exhibition is currently on display on the ground floor of the museum by the stairs to the lower level. 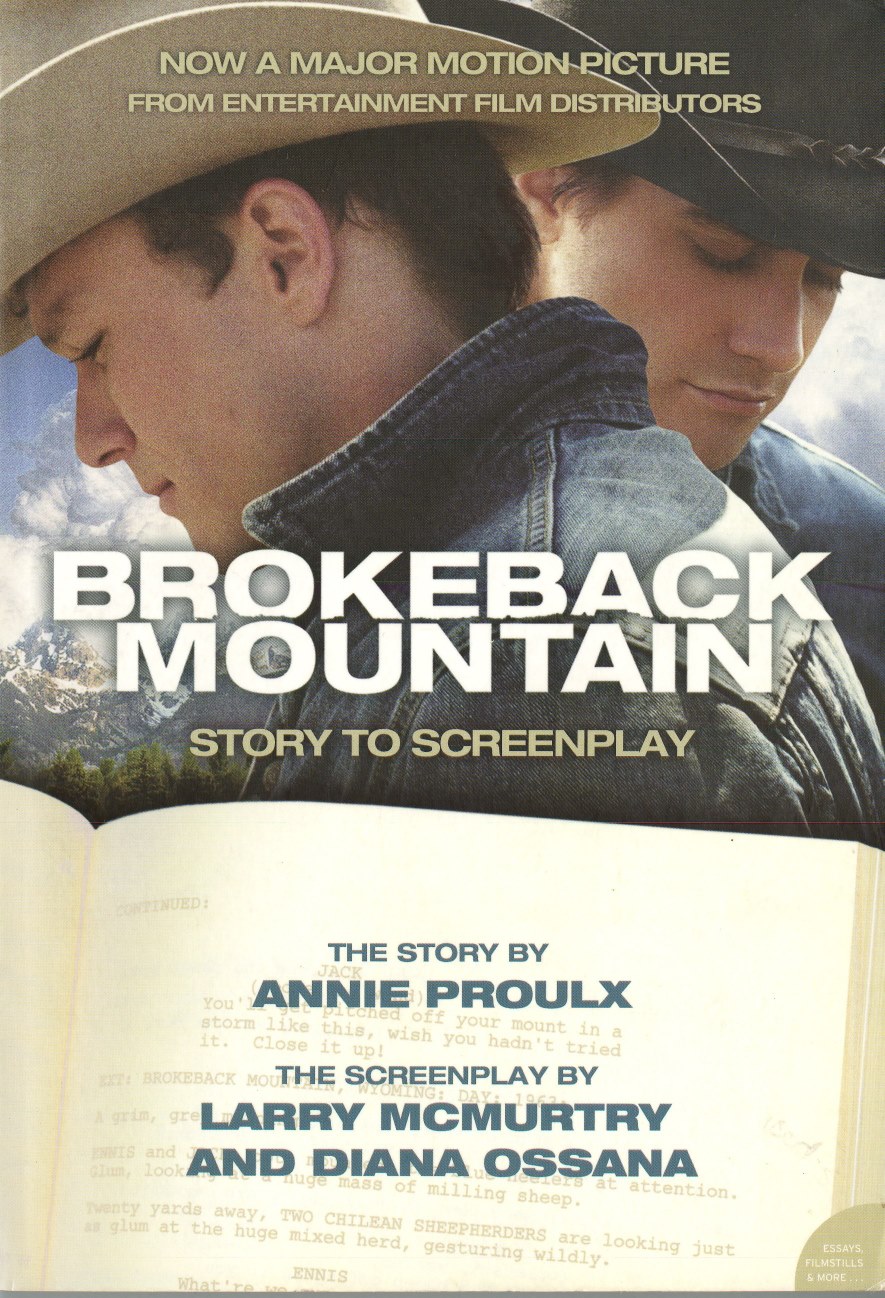