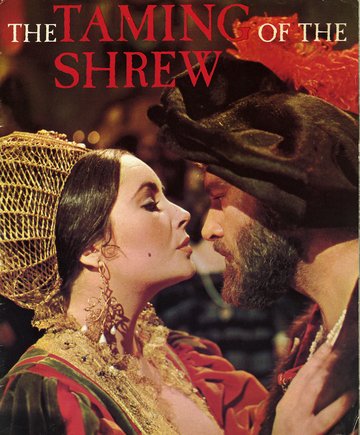 For the second of our blogs by researchers awarded stipends to study at the museum this year, Dr Jennifer Barnes from the University of Dundee looks at our holdings on Elizabeth Taylor and Richard Burton as a Shakespearean couple on screen.

In 1967 Richard Burton and Elizabeth Taylor starred together in Franco Zeffirelli’s cinematic adaptation of The Taming of the Shrew. The film provided an appropriate star vehicle for the Burtons at the close of a ten-year period that had witnessed the break-up of their previous marriages amid the scandalous media attention precipitated by their love affair. But Zeffirelli’s film is far more complex in its handling of the Burton-Taylor dynamic than this might at first suggest. Drawing on early modern discourses embedded in the play text, Zeffirelli’s Shrew dramatises and contains socio-cultural anxieties that attend constructions of the Burtons throughout the 1960s through the Kate-Petruchio relationship. In doing so it situates those constructions firmly in relation to the contradictory discourses of conservatism and liberation that underpinned the so-called sexual revolution of the 1960s.

Uncovering this relationship means looking beyond the film text to the plethora of extratextual material that surrounds both the film itself and the representation of the Burtons in popular culture more generally. The glimpse into 1960s fan culture offered by the vast array of posters, fan magazines, popular biographies and press books housed at the Bill Douglas Cinema Museum provides an invaluable insight into popular constructions of the Burtons, tying into their representation in and around the film text in illuminating ways. For my purposes, approaching these materials through the lens of the cinematic adaptation and early modern humoural theory, I am interested in the ways in which the Burtons are popularly represented both as elemental beings (frequently associated, in particular, with fire) and as diseased, in need of a cure. 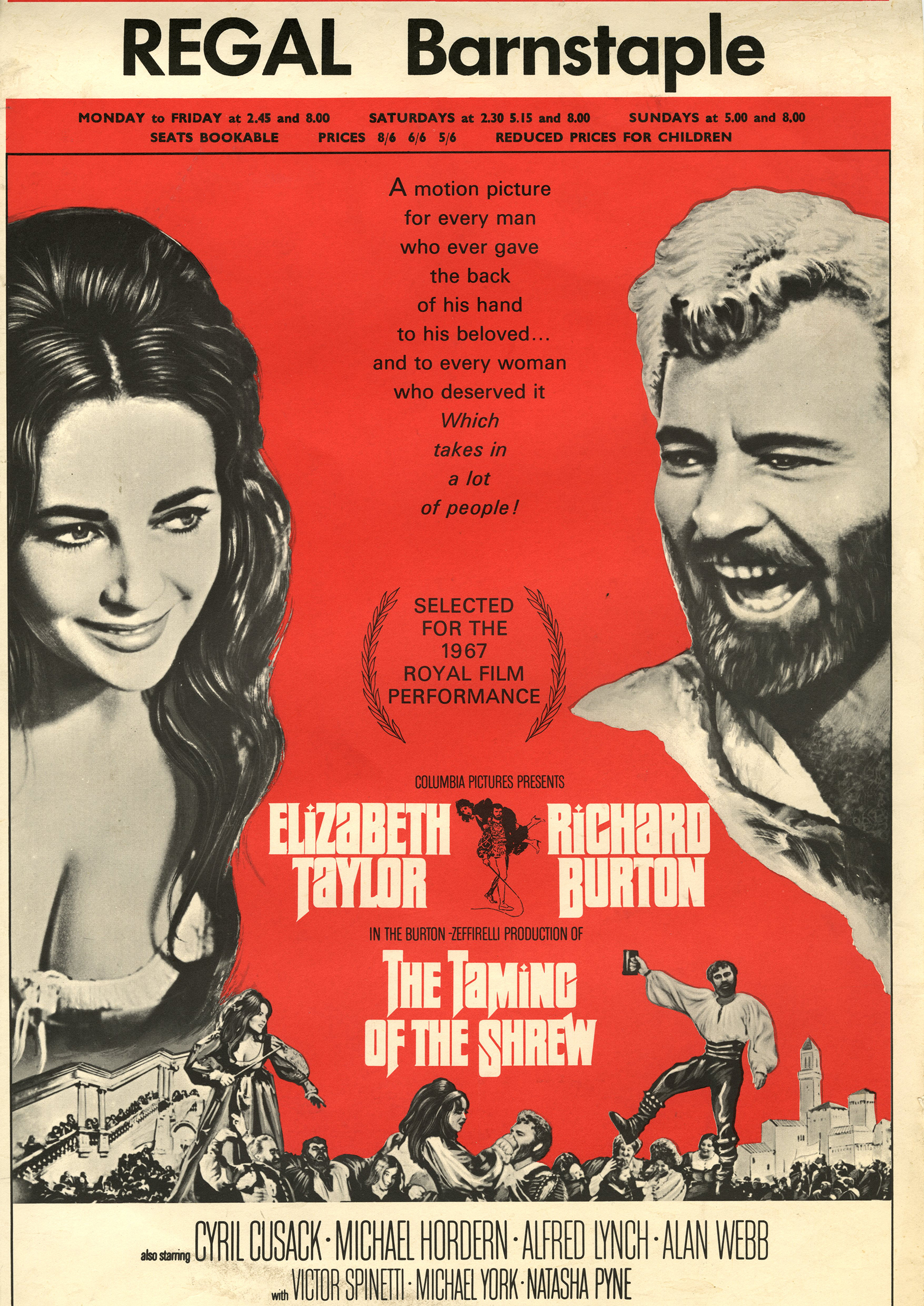 The Museum holds an exhibition poster originally used at the Regal cinema in Barnstaple from July 1967 in order to advertise The Taming of the Shrew (EXE BD 92026). This poster draws on the consistent association of Burton and Taylor with fire and heat that characterises popular discourse as well as the marketing for the film more generally. One of Columbia’s most ubiquitous exhibition posters, for example, depicts the Burtons grappling atop a mound of images appropriated from the film, images that cite the technicolour extravagance of the mise-en-scène, with its red and burnt gold colours dripping, lava-like, into the displayed title and evoking the fiery heat of Burton-Taylor’s/Kate-Petruchio’s hot-blooded passion. The poster displayed at the Regal Barnstaple both reproduces these associations and more explicitly gestures towards the extratextual Burton-Taylor coupling. Here, Burton and Taylor’s individual images are the focus, projected on to a blood-red background. The tagline, with its chirpy endorsement of violence, hints at popular readings of the success of the Burton and Taylor love ‘match’: ‘A motion picture for every man who ever gave the back of his hand to his beloved…and to every woman who deserved it….’ But in keeping with these wider discourses, both posters discussed here also emphasise an emotional and physical ‘perfect match’ that situates Taylor’s textual and extratextual ‘taming’ in terms of a mutually satisfying and ultimately conservative heteronormative coupling that seeks to pour water on the flames of scandal that attended popular formulations of their relationship and, particularly, formulations of Taylor herself. These ideas are shored up by the copy and the images presented in the pressbook released with the film (EXE BD 18814) as well as through the fan magazines and popular biographies that relate to this period and are available to view at the museum. 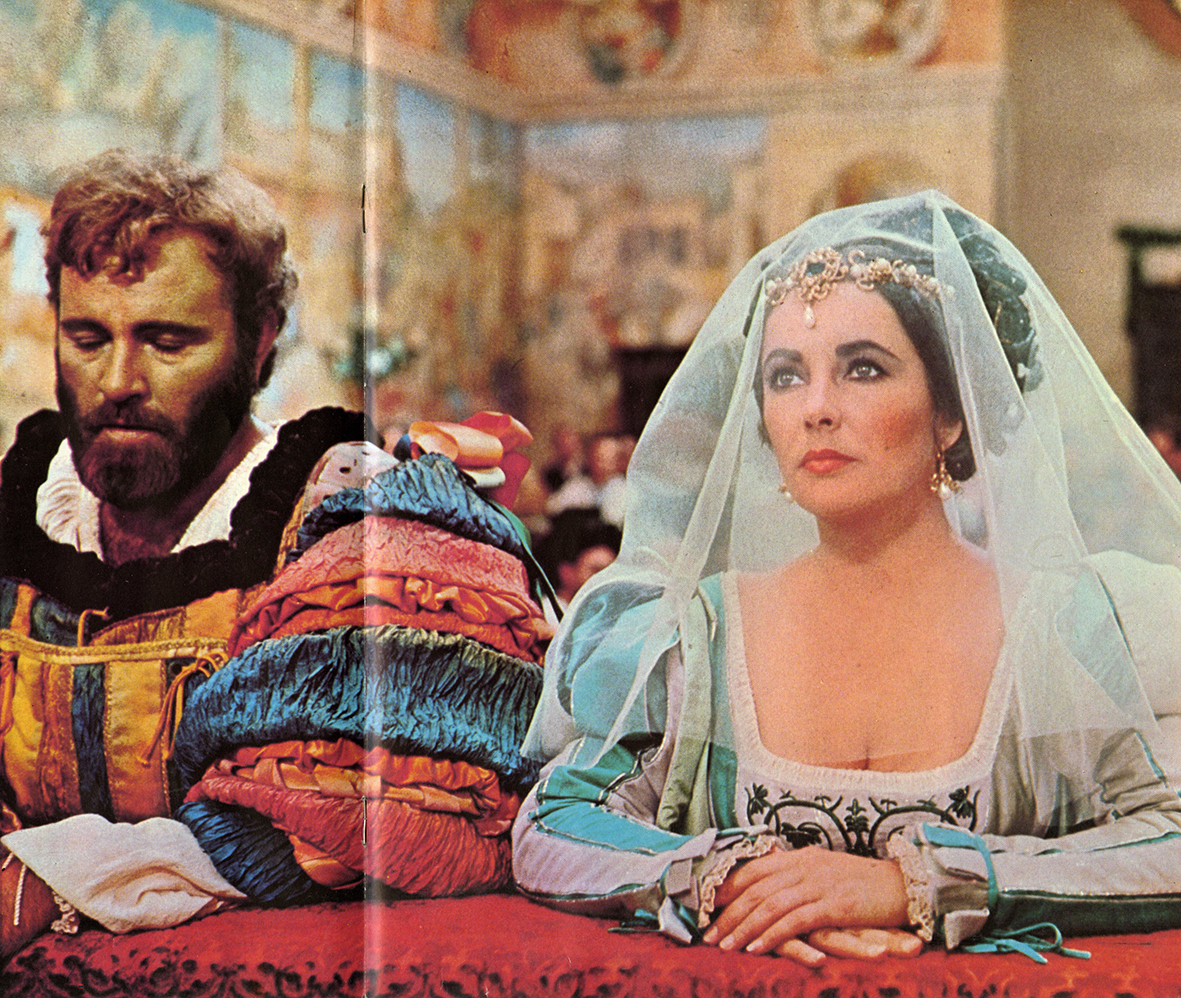 Interestingly, one of the most consistent ways in which the scandal associated with the Taylor-Burton relationship is both expressed and diffused in these materials is through an emphasis on the physical and moral health of the couple. Reflecting the social panic linked to the possibility of female promiscuity in the 1960s, many of these media texts present the Burtons (but more commonly Taylor) as sickened, both in terms of their physical state and their related moral degeneration. Thus, Taylor is imagined, amid descriptions of her many health woes, as simultaneously struggling to ‘cure’ her public persona, forced to swallow ‘bitter medicine’, her physical malaise enmeshed with her fallen star image (Modern Screen, December 1965, EXE BD 47745). Meanwhile Burton’s precarious lifestyle and its effect on his health is linked to the related ebbs and flows in his relationship with Taylor.

It comes as no surprise, then, that Taylor and Burton are also frequently imagined as in need of a cure. This cure, as the popular press repeatedly suggests, comes readily available in the form of the other; but, significantly, the other in marriage. Indeed, discussed as a married couple, Taylor and Burton are seemingly restored to health. In the context of a discussion of her frequent illnesses in August 1965’s Modern Screen, Taylor is reported announcing that ‘I haven’t had a day’s sickness since I met Richard’ (EXE BD 38104). As this comment suggests, Taylor’s relationship with Burton is often contrasted favourably with her previous marriage to Eddie Fisher, a man depicted as embarrassingly ineffectual in his ability to handle a ‘dominant’ Taylor and thus implicated in her ‘sickness.’ 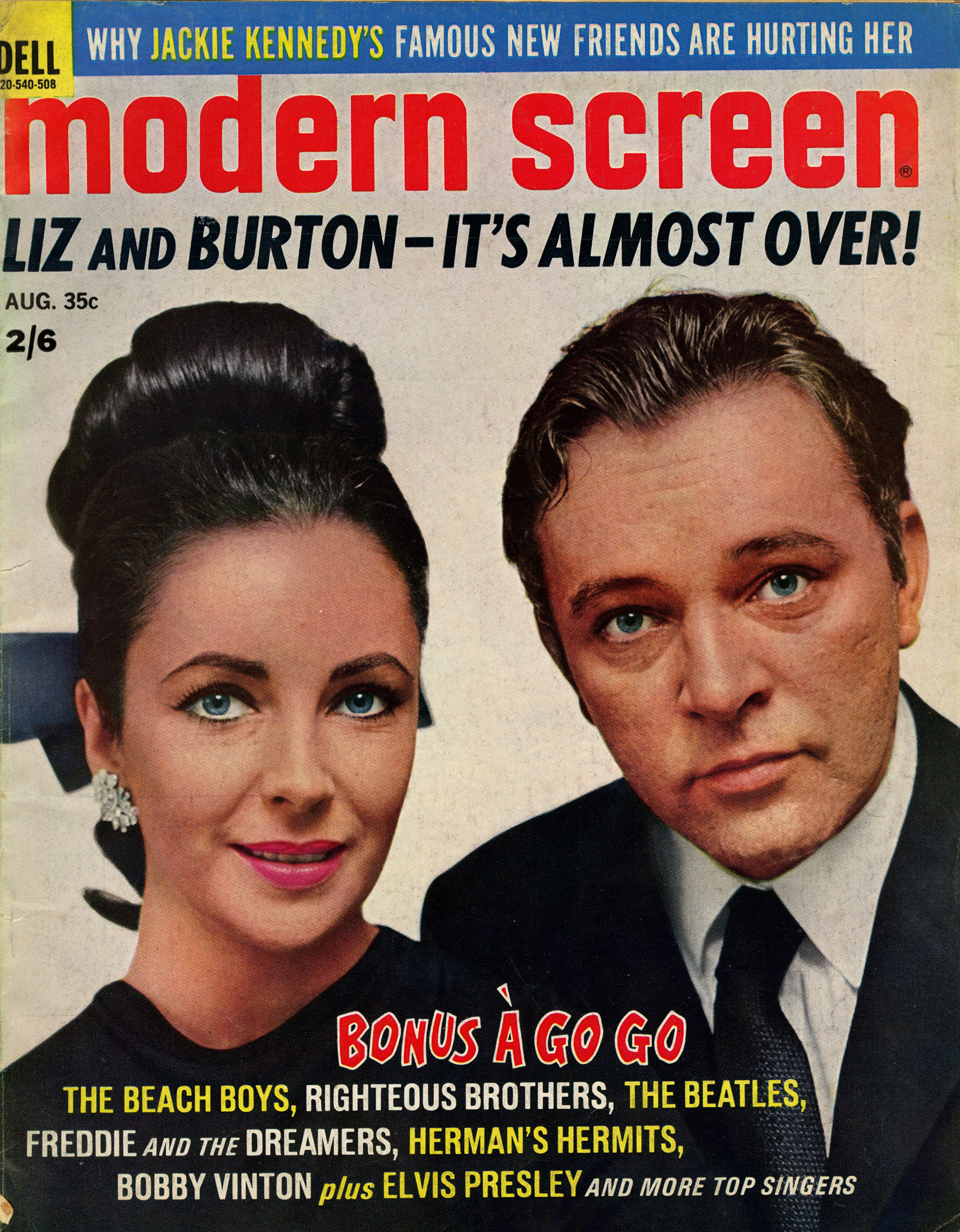 Significantly the popular biographies produced during this period mimic this narrative, including Burton’s own Meeting Mrs Jenkins (William Morrow & Co, 1966/ EXE BD 41012) which is framed by an anecdote that makes abundantly clear the harmonising and health-giving effect that Taylor has had upon his much publicised ‘flawed personality’. 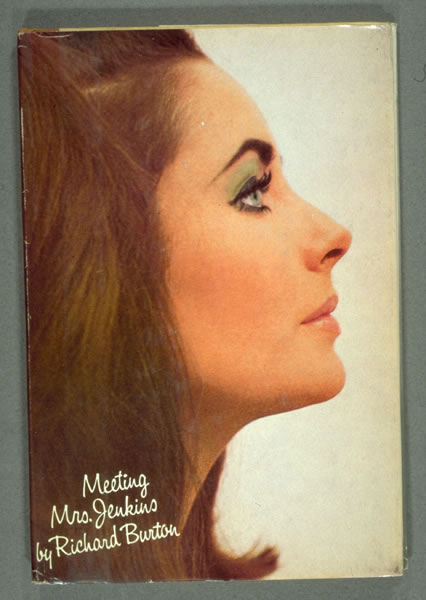 These ideas inform my understanding of how the Burtons are made to mean in relation to Shakespeare’s play text in Zeffirelli’s 1967 The Taming of the Shrew. The holdings at the Bill Douglas Cinema Museum will enable me, through my current research, to place the film text very much in the context of 1960s American culture and its attendant anxieties, anxieties that I see as played out through the star images of Taylor and Burton as Kate and Petruchio. Placing the play’s humoural discourses in dialogue with the socio-cultural preoccupations reflected in its star couple, Zeffirelli’s The Taming of the Shrew both performs the Burtons’ imagined sickness and presents its cure in the mutually edifying and temperamentally balanced ‘mad marriage’ modelled by Shakespeare’s Kate and Petruchio (3.2.182).

Jennifer Barnes is Lecturer in English and Film Studies at the University of Dundee and her first monograph, Shakespearean Star: Laurence Olivier and National Cinema was recently published by Cambridge University Press. Jennifer is currently building on the research undertaken for Shakespearean Star by focusing on couples who are known for performing together in Shakespeare’s plays. Her research at the Bill Douglas Cinema museum represents the first stage of work in the service of this larger project, a research article on the celebrity coupling of Elizabeth Taylor and Richard Burton in Franco Zeffirelli’s The Taming of the Shrew (1967).