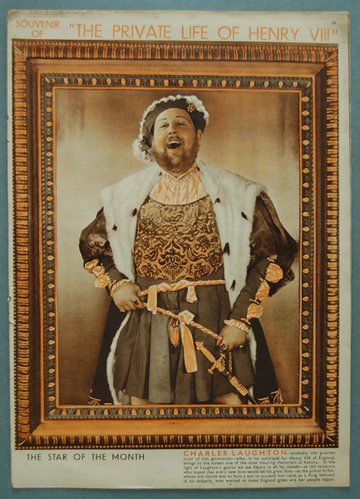 The historical comedy The Private Life of Henry VIII, released in 1933, ‘…is something of a cause célèbre: it broke box-office records on its first day’s showing at the Radio City Music Hall, New York, in 1933 and encouraged other British producers to aim at world markets’, in the words of Sarah Street.[1] It was the first British major motion picture to succeed in the USA and the 12th most successful film overall at the US box office in 1933. Directed by Alexander Korda and starring Charles Laughton, Merle Oberon and Elsa Lanchester, the film established Korda as a major filmmaker and Laughton as a box office star.

The nature of the film is profoundly shaped and informed by the contemporary context in which it was produced. As David Reynolds noted, in the 1930s many Americans were both fascinated by, and critical of, British traditions and institutions.[2] Sue Harper suggested that the film demonstrates an ‘aristocratic-proletarian alliance’ that encourages the American audience to sympathise with the king and put themselves in his place.[3] A cross-class bond is forged whereby the lower echelons are given a ‘superior’ status that allows them to understand Henry VIII’s frailties and shortcomings. The king is portrayed as weak, indecisive and pathetic. His physical weaknesses are exploited both by his advisers and by his wives, an interpretation not necessarily supported by surviving evidence. As Street explains, ‘the film is therefore far from an ‘official’ history, and is much more a comedic character study that nevertheless involved an address to contemporary concerns’.[4]

The film may not have been historically accurate, but it did spark interest in the Tudor period, a fascination that remains discernible in the present day. In the USA, the film enjoyed, for a British picture, unprecedented success, which proved crucial to Korda’s career. As Lajos Biró remarked, ‘Korda had put his shirt, coat, hat, and everything he had on Henry. If it had failed, he would have been cleaned out’.[5] The film’s success proved hard to recapture, despite Korda’s best efforts.

The Bill Douglas Cinema Museum contains a number of excellent resources about the film. Postcards and photographs of Laughton (Henry VIII), Merle Oberon (Anne Boleyn) and Binnie Barnes (Katherine Howard) offer stunning insights into the visual culture of the film, depicting period costumes that may, or may not, chime accurately with Tudor appearances and styles. 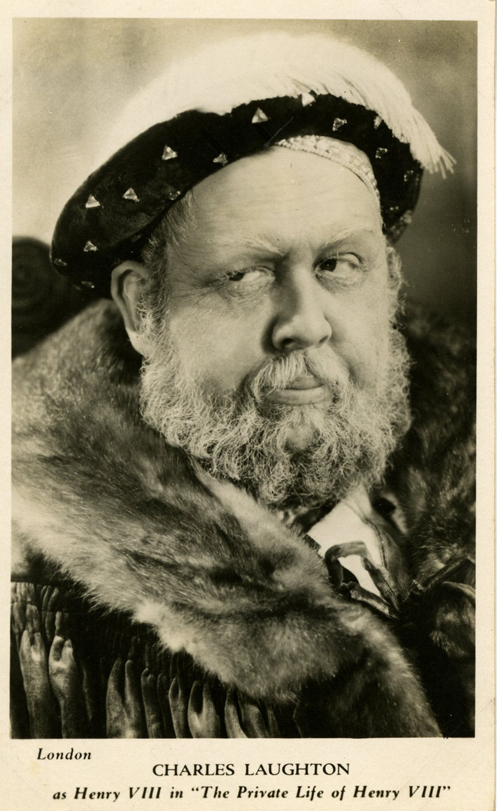 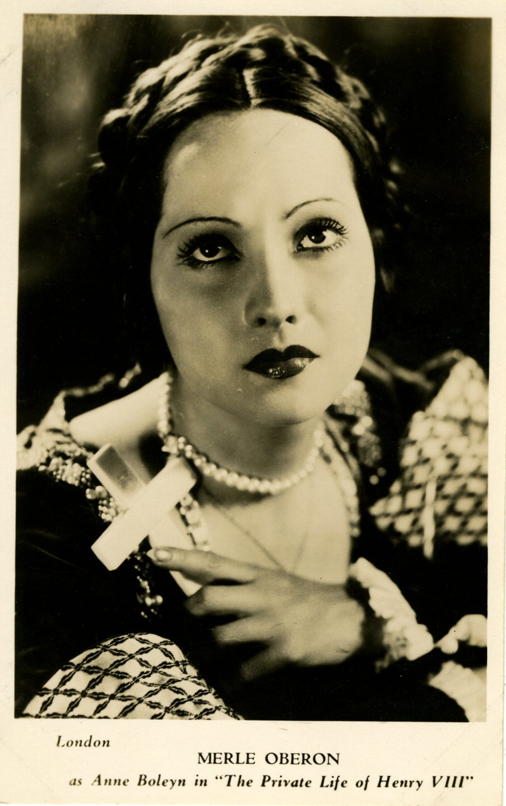 Both Boleyn and Howard are fashioned as beautiful and sensual women, although Barnes presented Howard as double the age that Howard was, in fact, when she became queen.[6] Publicity press books for The Private Life of Henry VIII are a similarly striking visual representation, in displaying Laughton’s physical resemblance to King Henry, although he is portrayed as a more jovial and foolhardy Henry than the real monarch might perhaps have been. The museum also houses several postage stamps and cigarette cards depicting characters from the film, while a film and gas cooker publicity card, presenting a more humorous view of The Private Life of Henry VIII, is not to be missed. 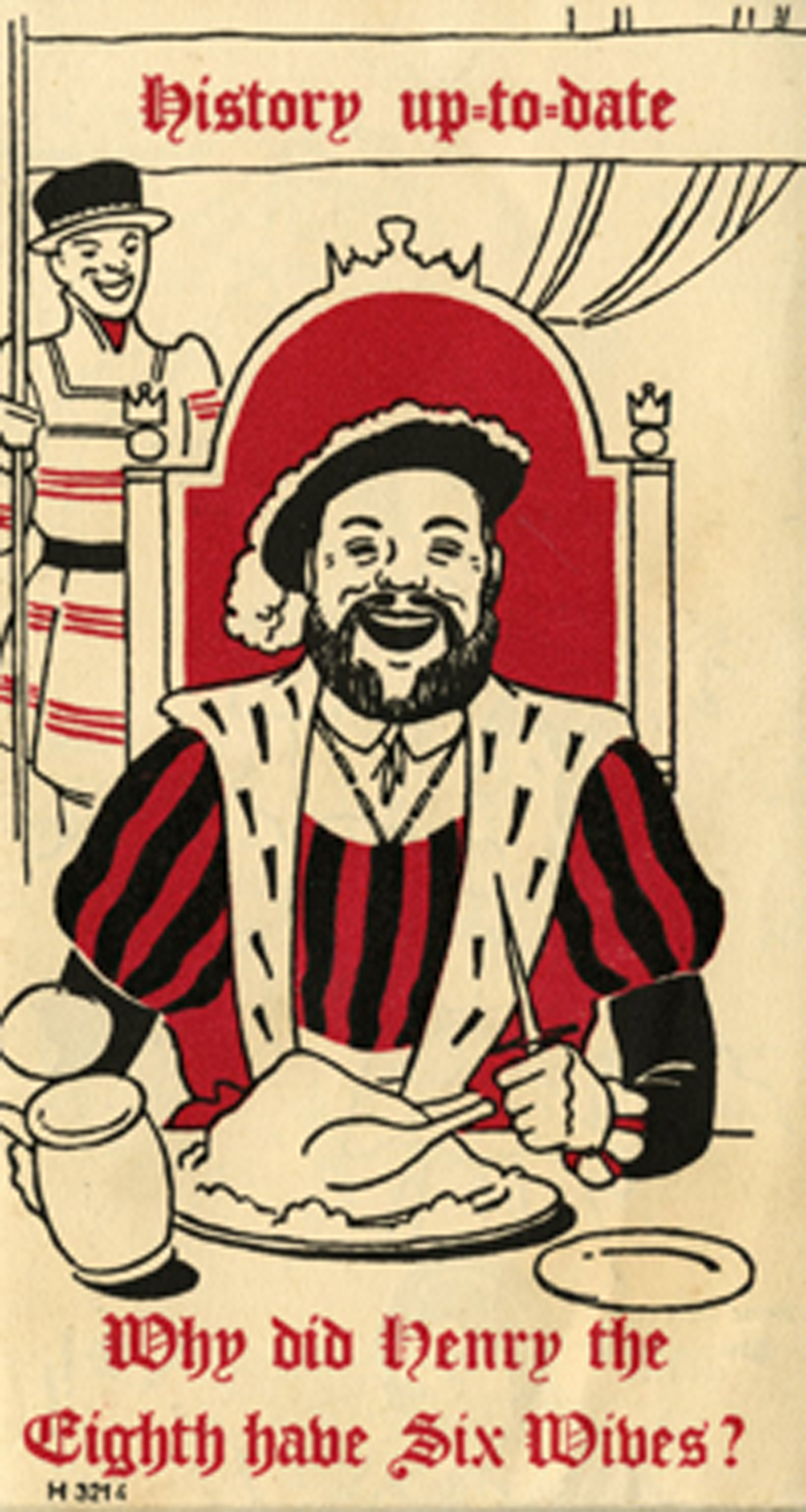 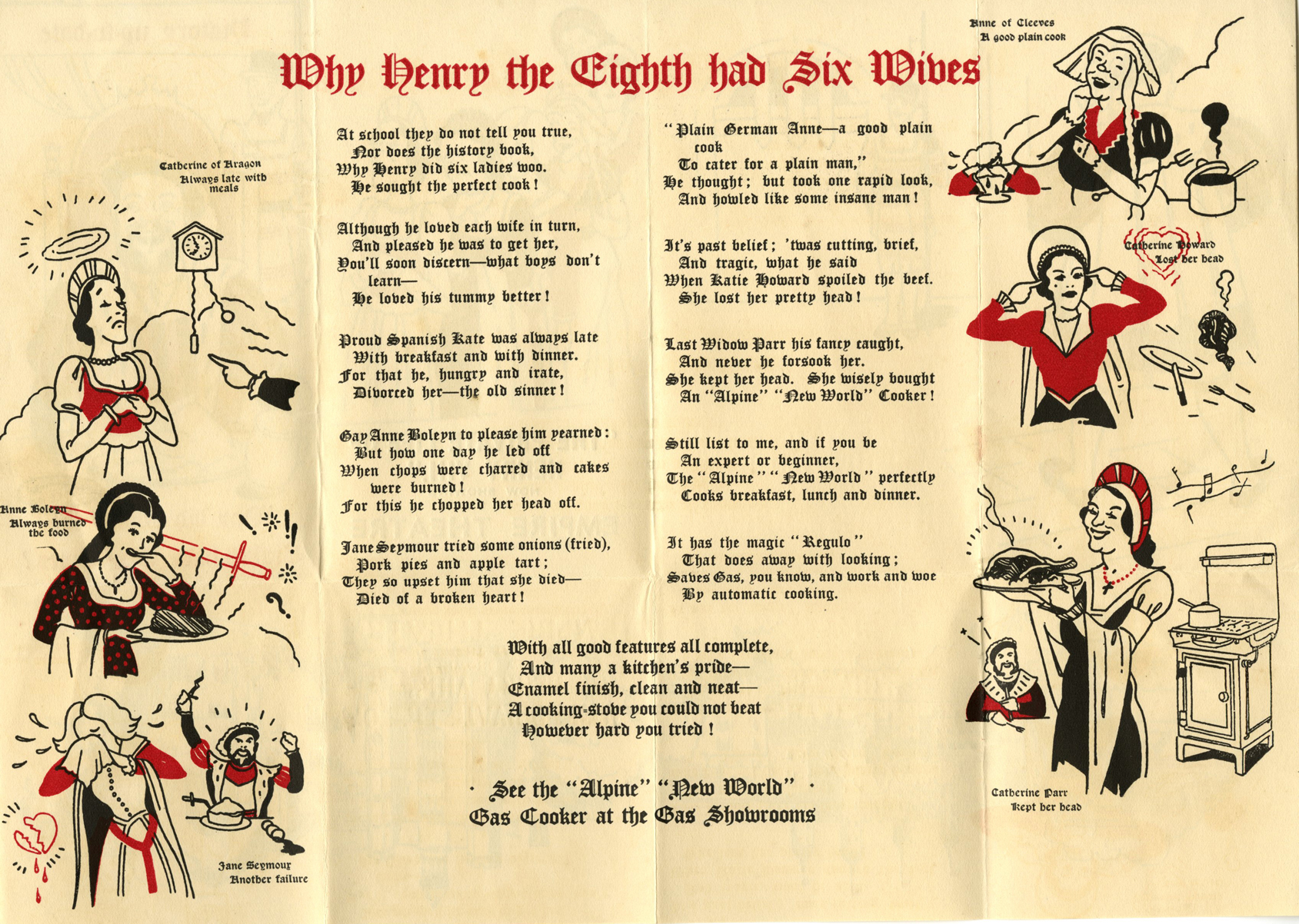 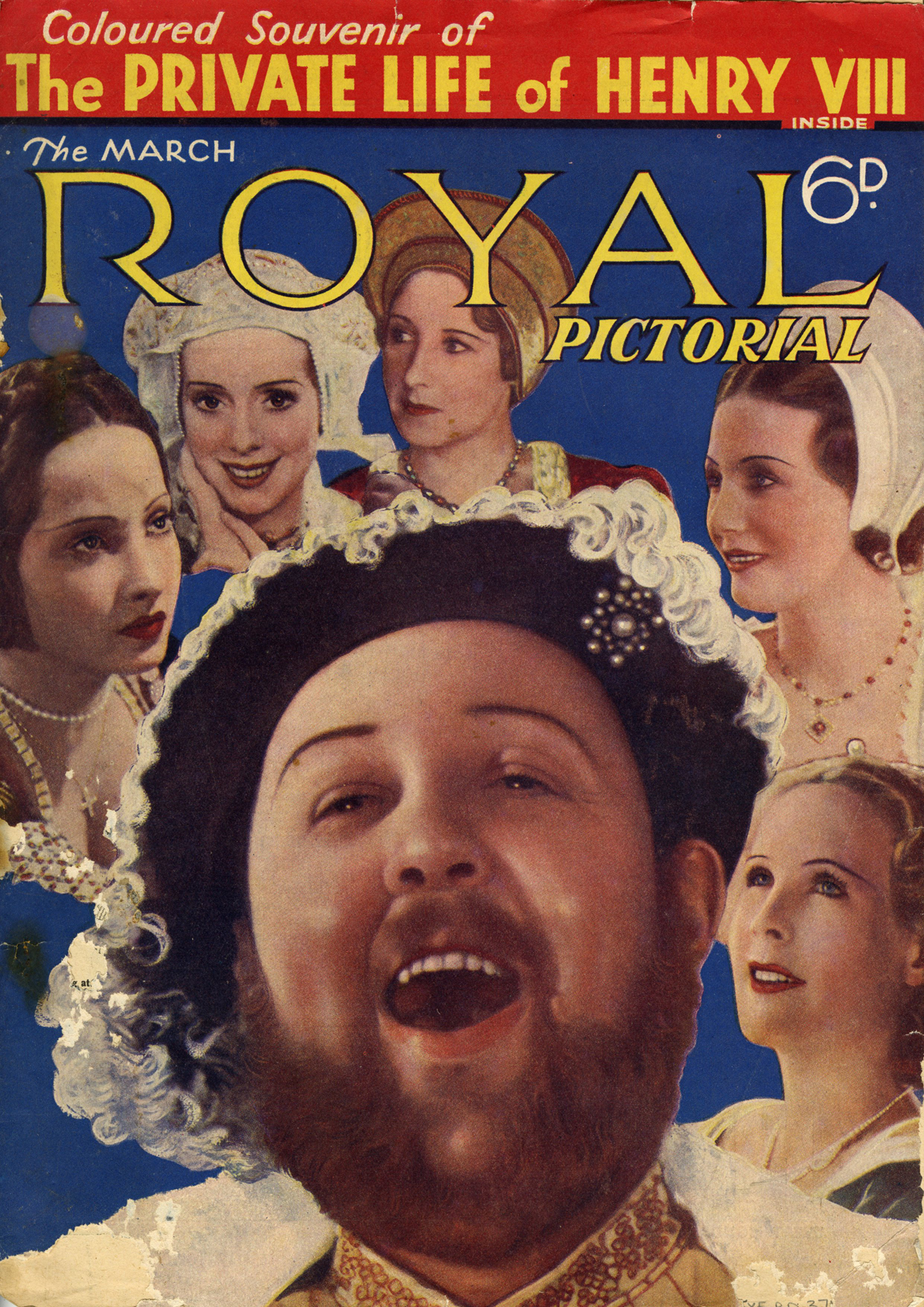 The book The Private Life of Henry VIII explores the original film scenario for the film and is edited with an introduction and biographical note on the authors, Lajos Biró and Arthur Wimperis. These resources can be analysed alongside the museum’s materials on other Tudor films from a later date, including Anne of the Thousand Days, The Other Boleyn Girl, and Elizabeth, all of which testify to the endless fascination of the Tudors among both the British and North American publics.

Furthermore, these resources can be used to consider the ways in which the Tudor period has been represented in film, and how this has changed over time. The Private Life of Henry VIII is a prime example of the notion that films are intimately shaped by the contemporary historical and social context in which they are produced, while suggesting the ways in which genre (in this case, comedy) affects and moulds audiences’ understandings of, and responses to, history.

Conor is the author of a new book on Katherine Howard, 'Katherine Howard: A New History' published by MadeGlobal Publishing, which can be obtained at http://www.amazon.co.uk/Katherine-Howard-A-New-History/dp/8493746460/ref=tmm_pap_title_0

[1] Sarah Street, ‘Stepping Westward: The Distribution of British Feature Films in America, and the Case of The Private Life of Henry VIII’ in Justine Ashby and Andrew Higson (eds.), British Cinema, Past and Present (Abingdon, 2000), p. 55.