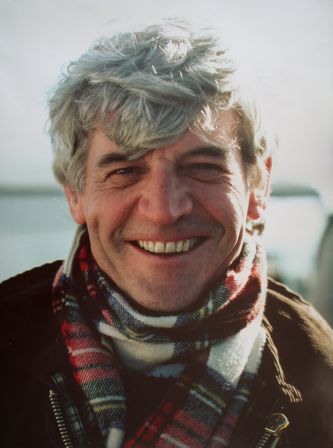 Bill Douglas was a British filmmaker and collector renowned by critics and fans as having one of the most unique, personal and poetic visions in British cinema history. Born in 1934 in the impoverished mining village of Newcraighall near Edinburgh, Bill’s childhood was marked by poverty, hardship and a broken family life. His unhappy beginnings led him to find solace in the cinema where he was able to buy a ticket for the price of two jam jars. Read more about Bill’s life here.

Bill drew on his childhood experiences in his career and masterfully translated them to film in the renowned Bill Douglas Trilogy (1972-78). His later film, Comrades (1987), is a powerful epic which tells the story of the Tolpuddle Martyrs. The film explores Bill’s interest in human relationships and man’s battle against adversity whilst also highlighting Bill’s deep fascination with the history of pre-cinema. Read more about Bill's films here.

Bill’s passion for film history and culture was shared by his lifelong friend Peter Jewell whom Bill met during his RAF service in Egypt in 1954. During their friendship, Bill and Peter amassed one of the largest collections of moving image memorabilia in Europe and it is clear from Bill’s films and unproduced screenplays that the collection became an integral part of his work as an artist. The collection is now housed in The Bill Douglas Cinema Museum. Read more about the Bill Douglas and Peter Jewell Collection here.

Awareness of Bill’s work is constantly growing and his importance as an artist has become increasingly recognised. Harry Eyres in the Financial Times described Bill as “one in a million and that one in a million can make all the difference” (1). Read more about the recent re-releases of Bill’s films.

The 'About Bill Douglas' section was written and curated by Amy Hubbard.