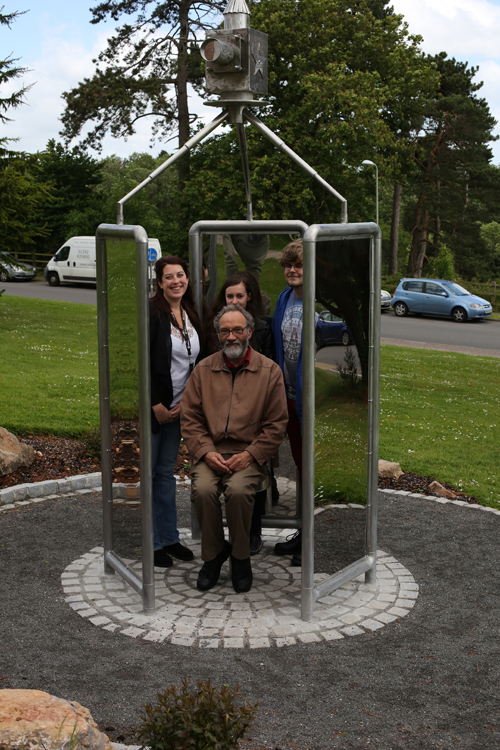 The Bill Douglas Cinema Museum partnered with Grand Challenges this year to create a digital showcase. This project was compiled to highlight the interconnectedness and hypertextual nature of the history of the cinema. Ranging from 19th century pre-cinema optics to star ephemera created in recent decades, the collection varies greatly but, observed collectively the individual items form a cohesive history of the evolution of film. 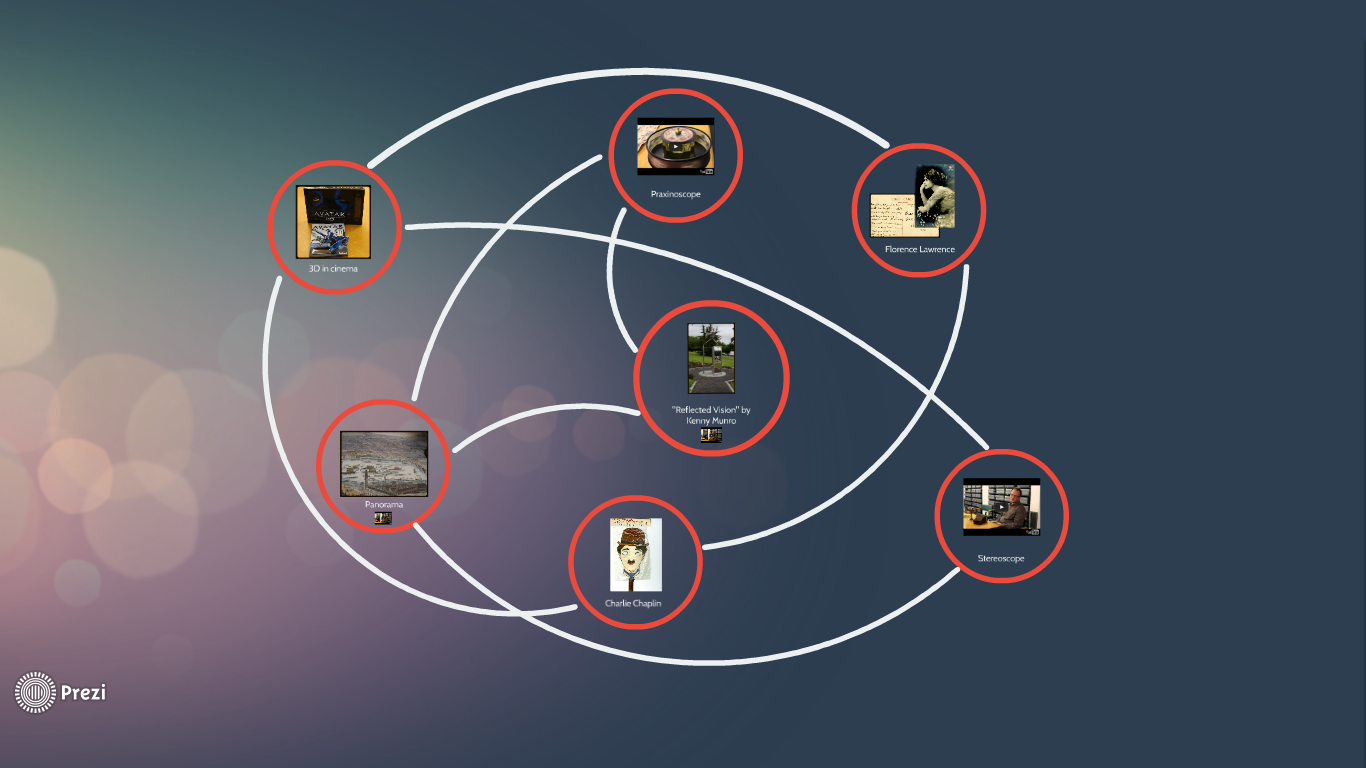 "Reflected Vision" and creating the connections...

The creation of this chain of connections was inspired partially by the recent addition of Kenny Munro’s sculpture, “Reflected Vision”, to the museum. This work is an artistic representation of optics and filmic techniques. The simplicity of the kaleidoscope is captured in its inward-facing mirror; sitting in the centre creates a striking multi-faceted reflection, reminiscent of the beloved children’s toy. The sculpture is topped with a magic lantern, an item that marks the birth of projected image, a direct precursor to the cinema as we know it today. The sculpture is also lined with mirrors facing outwards, creating panoramic landscapes of Exeter and the University. It is from these mirrors and the reflections they make that we establish the first link in our chain, to the optical toy, the praxinoscope.

"The magic of movement"

The praxinoscope's relation to the Munro sculpture can be seen in the illusion of movement and fragmented images it creates. There are also elements of the spectacular in both items, they are meant to draw in spectator and garner enchantment and wonder.

It was invented by Charles-Émile Reynaud in 1877. It is a circular animation device that can be spun to create the illusion of movement in a mirror on the inner circle of the device. The roll of images in the outer circle can be changed to show different characters or scenarios, such as running horses or acrobats. The image reels and their cylindrical shape inspired the connection to our next item of the archive, the panorama.

"What an extraordinary experience!"

The panorama, invented by Robert Barker in 1878, uses spectacle in a different way, one of immersion. He would set up a 360 degree painting in an enormous circular rotunda, into which members of the public could pay to enter and engage with the scenerydepicted. There were many different exhibitions, depicting either panoramic viewpoints of London or more exotic places that people didn’t readily have access to. The immense production and large audiences of the panorama links to how we think of the film industry today, and its pre-cinematic elements of immersive and illusionary images tie into our next artefact, the stereoscope.

Stereoscopes link to panoramas through the evolution is of the immersive experience of the viewer. With each technology, the idea is for the viewer to become lost in the experience.

Stereoscopic images are two pictures side by side of the same scene, but with slight differences, to mimic how the left and right eye's perspectives vary. Each eye is only allowed to see the image designed for it so the eyes are tricked into thinking that the image in front of them is actually a three dimensional object, this technology is a direct precursor to something we are all familiar with today, 3D glasses and movies.

The film, Avatar (2009), was known for its excellent visual experience and 3D effects. The 3D experience can be linked to stereoscopes which laid the groundwork for modern . It is only fitting that 3D picture books about the film were made. The purpose of both stereoscopes and 3D are to enhance the visual experience by allowing the viewer to immerse themselves more fully in the imagery.

It is only fitting that 3D picture books about the film were made, to fully merchandise the spectacle of the 'new and exciting' technology. Both of these books include a pair of 3D glasses, with one red lens and one green lens. The books themselves includes 3D HD pictures of key moments from the Avatar film which are supported by a very small amount of text, further enforcing the idea of spectacle over narrative

These books, a representation of the increasing amount of merchandising made available for modern films, also establishes a link to our next artefacts through their themes of film star and their relationship to the monetary side of the film industry.

"He created how we think about stardom" 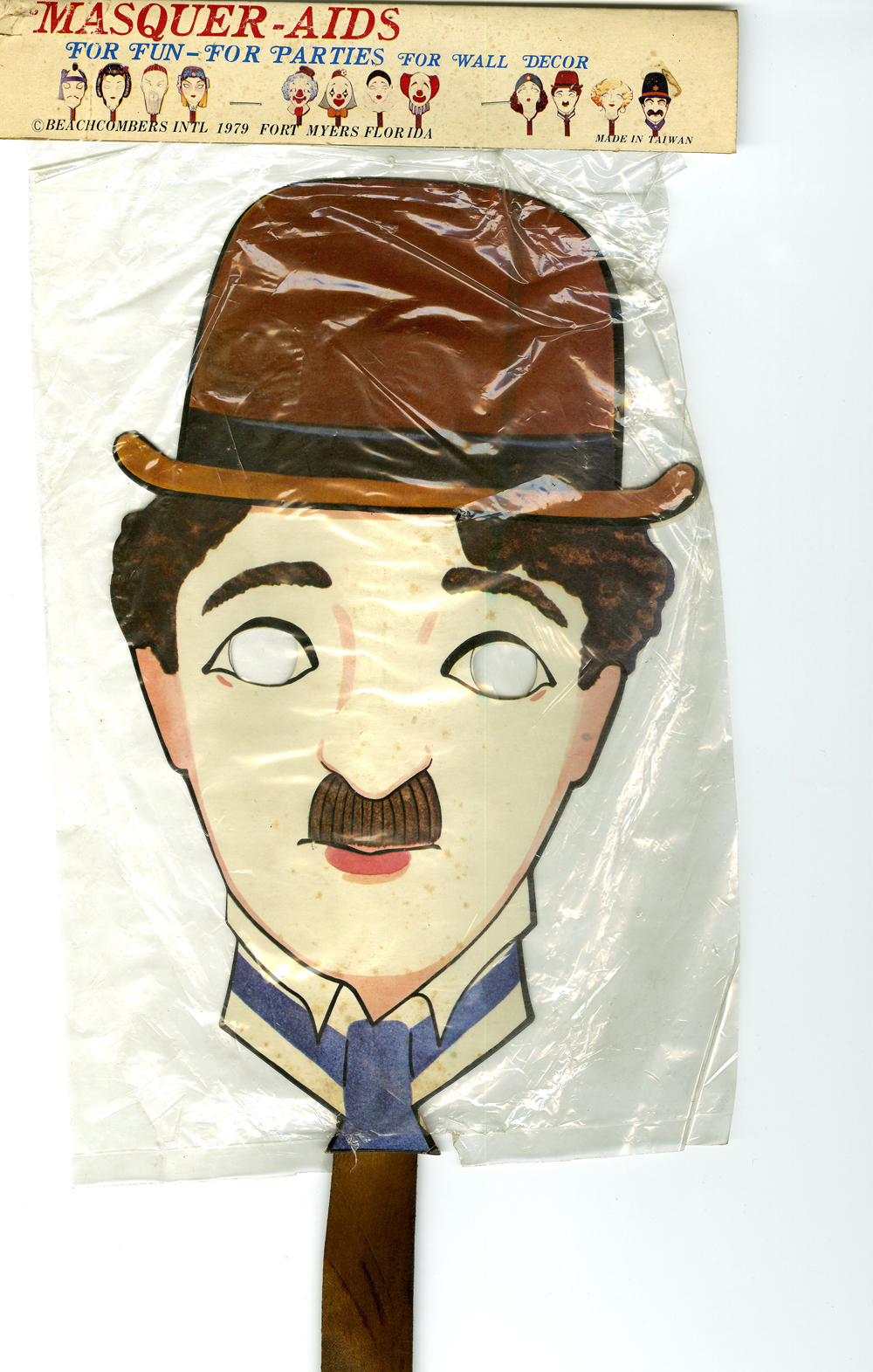 The mask of Charlie Chaplin links from the Avatar 3D books through the idea of stardom and the spectacle that implies. The film Avatar is often claimed to be 'the highest grossing film' of all time and the effects used in it created quite the spectacle for the audiences. Charlie Chaplin is considered by some to be the first worldwide star so it is fitting that his stardom can be seen as interconnected to the ideas of blockbuster films and merchandizing.

Charlie Chaplin was an English comic actor and filmmaker active between 1914 and the 1960s. He was an iconic star of the time and his distinctive visage inspired a large amount of merchandise around the man, many such items can be viewed in the museum. The mask is a later example of such merchandise and demonstrates how far Chaplin's fame stretched, a landmark achievement made possible by our next item's inspiration.

This scan of a rubber Chaplin toy in the collection shows the uniquity of his fame.

The price of fame

Charlie Chaplin would never have been able to achieve his level of fame if Florence Lawrence, widely thought of as the first named star, had not come before in 1911. At the start of  the 20th century, actors were a common and replaceable commodity in the same way that props were.

She rose to fame when a film director organised a publicity stunt where he faked her death while encouraging as much media attention as possible. After getting as much media attention as possible he admitted to the media that it was a lie. It was after this stunt that the personal life of Florence Lawrence was made public and the star lifestyle came to exist. Well-known actors were now able to demand higher pay for their work. 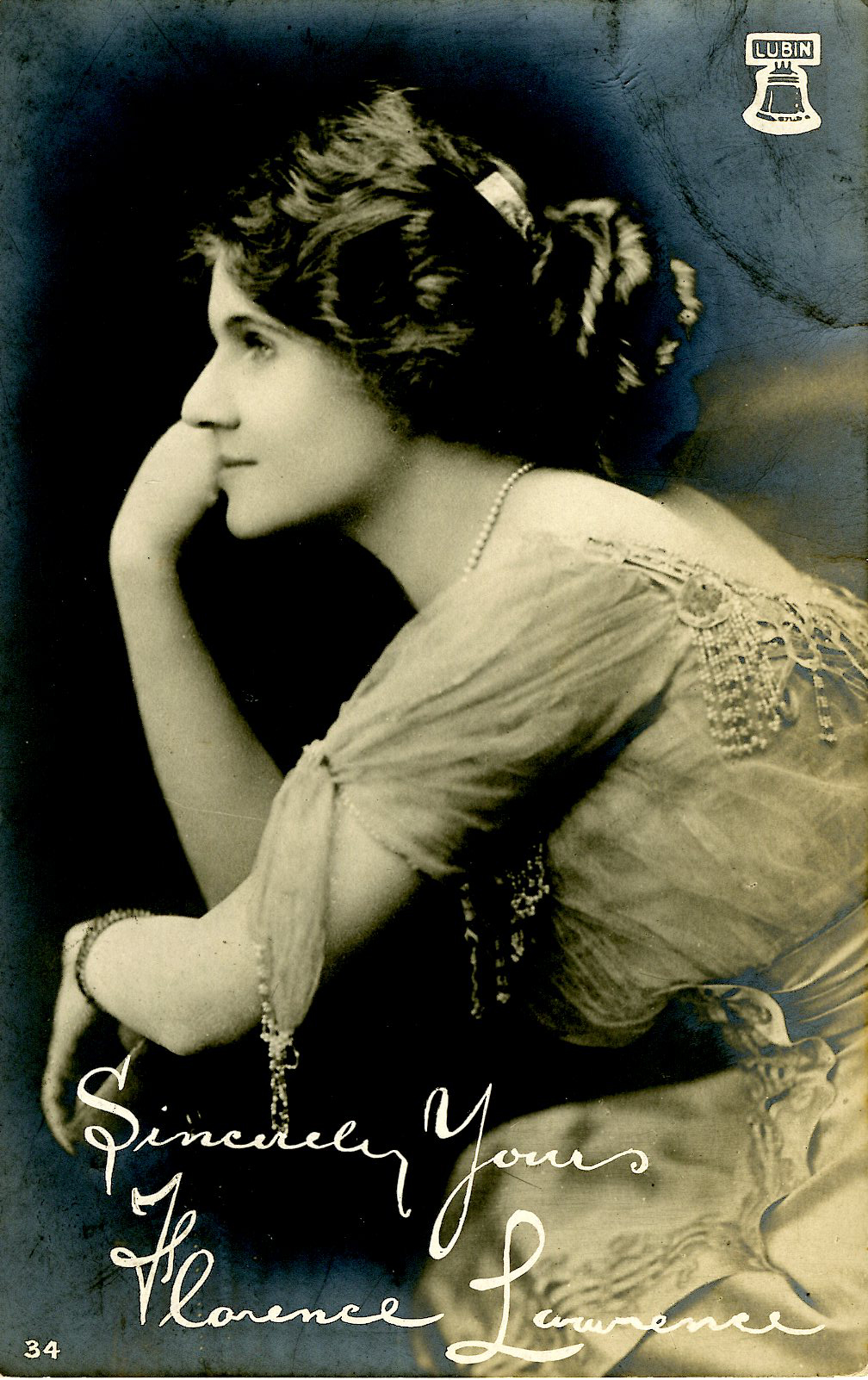 This chain of connections within the collection demonstrates the multiple ways in which moving image history creates echoes in time and across many different artefacts. The chain could continue forever and we hope to make further additions to this site.

Thanks to interviewees Peter Jewell, Dr Lisa Stead and Professor John Plunkett. Also to the Grand Challenges team and Jon Primrose from the Drama Department.