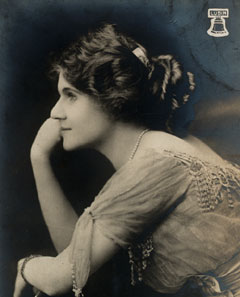 The first star publicity came in 1909 when producer Carl Laemmle circulated a rumour that the 'Biograph girl', whom he revealed to be Florence Lawrence, had been killed in a car crash. The statement was made purely to boost sales figures for Lawrence's forthcoming film, and was denied in a press release, which provided further publicity. From that point it was realised how important the stars of a film could be for attracting greater audiences to particular films.

The most famous female stars of the silent screen were Mary Pickford and Lillian Gish. Mary Pickford's real name was Gladys Smith - it was very common for stars to be renamed to give them a more glamorous image. She was famous for playing young girls, even until she was in her late twenties. Lillian Gish and her sister Dorothy were popular actresses in D.W. Griffith's Biograph Company. Lillian played vulnerable heroines, while Dorothy was more suited to comedy parts.

The most important male actors at the time were Douglas Fairbanks and Rudolph Valentino. Fairbanks was a typical all-American hero, who eventually married Mary Pickford. Valentino, however, was an Italian actor who won an enormous following of female admirers. Following an early death, his funeral was mobbed by more than 100,000 fans. No film star since has ever raised such high emotions in so many people. 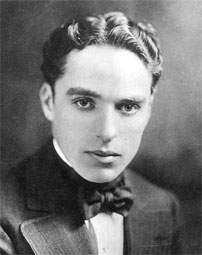 He also became the first example of film-related merchandising. From as early as the 1910s, postcards and toys featuring the tramp character were on sale to Chaplin fans. His appeal has lasted for nearly a century, with merchandise still easily available, ranging from posters to tie pins, wind-up toys and bottle stoppers. Many examples of these can be found in our collections.

Stars in the Studio Era 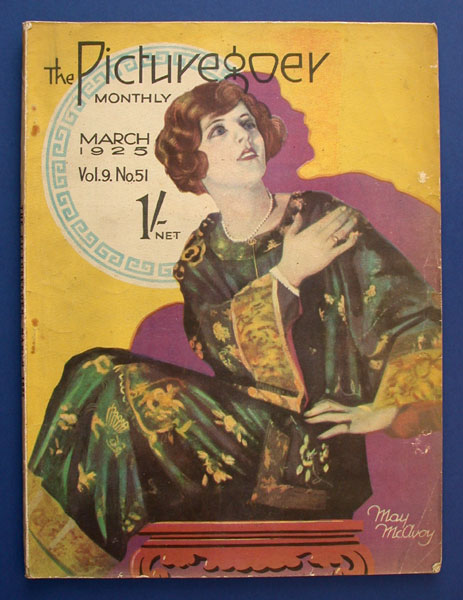 Through the 1920s, 30s and 40s, stars were tied by contract to a particular studio (such as MGM, 20th-Century Fox or Paramount), who were responsible for the branding of the star's image, and the marketing of products related to them. Fan magazines became particularly popular during this period and many examples of these are featured in our collections. They were often simply an excuse to carry gossip on the actors' love lives and fashion choices.