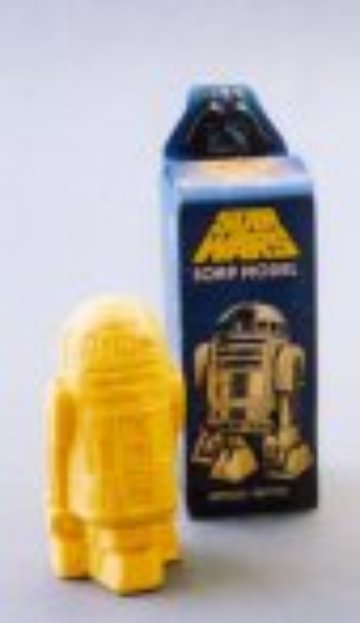 As a material culture student I have always been interested in stuff; the things we use to interact with and define our world. However before I began volunteering at the Bill Douglas Centre I hadn’t given much thought to the impact film and television has on everyday life. Looking through the archives here there is a never ending collection of objects associated with film. As it turns out E.T didn’t go home he is sat in a drawer here at the Bill Douglas Centre [13139].

The Bill Douglas Centre started with a collection of anything associated with movies and movie making. The most casual of moviegoers may think themselves unaffected or uninterested by these items, however the deeper I dug into the collection the more I realised that film has a massive effect on our view of the world. This link between movies and everyday life means that the collection here is much more than just ‘movie stuff’. I thought that I didn’t own any of this memorabilia myself until out of the corner of my eye I caught sight of a signed Star Wars film cell, and a rucksack shaped like an Ewok. My love of Star Wars is undeniable, but I was unaware that it had crept into my everyday life. The collection of Star Wars items here is a good place to begin to explore the ideas of merchandising and film, as it ranges from the everyday to the weird and wonderful.

When making Star Wars George Lucas famously waved his director’s fee taking the licensing and merchandising rights for himself instead, a move that would make him millions. Lucas understood that film does not end at the cinema. Associated merchandise allows you to interact with characters long after the film has finished. For the devoted fans out there it would have been easy to introduce Star Wars into every aspect of life. The collection here includes Star Wars table cloths [48019], place mats [34278] and even underpants [34326]. This realisation that just about anything can be merchandised can be seen in the upper gallery of the museum with some of the  strangest Star Wars items. R2D2 [74242] and C3PO [74243] soaps prove that even your shower is not safe from Lucas’s pop culture phenomenon.

In the same display is a Darth Maul spin pop candy dispenser [31547], an easy and inexpensive way for children to buy into the Star Wars franchise. At times it would have seemed impossible not to buy into the Star Wars craze. The collection here provides proof of just that with a Kellogg’s corn flake box [48924] promoting Episode I: The Phantom Menace. Every area of your life was made available for advertising from your shower, to breakfast.

It was even possible to learn with characters from the films. The Star Wars question and answer book about space [52365] provided the answers to many questions about physics and space. Can rockets fly to the stars? Are there moon creatures? Can humans explore Mars? All these questions and more were answered by everyone’s favourite robots; C3PO and R2D2. No where was safe from advertising, not even the work place. An interesting item in the collection here is a Star Wars episode II: Attack of the Clones t-shirt [39953]. This promotional item was worn by Woolworth’s staff in early 2005 to promote the DVD release. The t-shirts owner did not necessarily choose to associate themselves with the movie or merchandising. Star Wars became part of their uniform, and the owner of the t-shirt became advertising space.

Because advertising space exists quite literally everywhere we instantly recognise images of iconic films. In the collection here we have a 2009 calendar from Total Film of iconic movies [55209]. Star Wars happily sits in December among iconic movies such as Fight Club, Trainspotting, Taxi Driver, and Blade Runner. These are images we see over and over again, they become deep rooted in the mind long after the movie has completed its run at the cinema. It is these images that can be used again and again to sell things. Of course Star Wars no longer needs to advertise and so there has been a switch, the iconic image of Star Wars can now be used to sell other things, even in 2012. Who can forget the viral advert for the Volkswagen Passat which used a boy dressed as a mini Darth Vader to sell cars.

From these few examples I have spoken about from the Bill Douglas Centre collection we can that see our need to consume movie merchandise is easy to recognise. Our love of these iconic films is never ending, and so is the amount of stuff associated with it. I wonder how many items like this you can find in your own homes, and how many of those we have at the collection here. I am sure we will never stop collecting objects associated with films and television. We can’t help ourselves. Just don’t tell that to the people who work at the Bill Douglas centre. This is where all that ‘movie stuff’ ends up, and it all has to be catalogued.