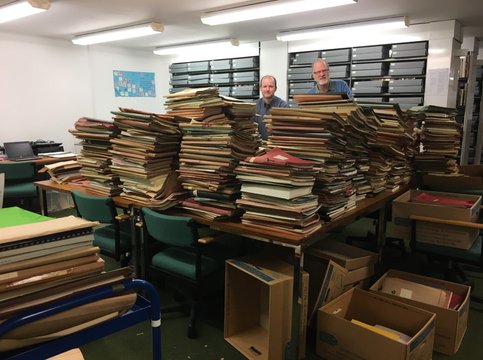 In January 2020 we acquired a huge collection of Rank scripts from Pinewood Studios. You can see how many from this picture the day they arrived!  The scripts mainly date from the 1940s to 1960s and include works from significant writers and many unmade films. In May and June Museum volunteer Izzy Bostock undertook a short internship to begin the very long job of appraising, assessing and interpreting the material. Just by looking at those beginning with the letter 'A' she was able to uncover a wealth of hidden histories as she explains below:

Last year, The Bill Douglas Cinema Museum acquired a large collection of over 1,500 scripts from the Rank Film Company – the British production company who were associated with the likes of ‘The Matter of Life and Death’ (1946), ‘Hamlet’ (1948), Norman Wisdom, as well as the ‘Carry On’s. Many of these scripts, ranging from the 1930s to the 1990s, never made it to production and have never been researched before. My job over these few weeks has been to start the research and cataloguing of some of these scripts, paying particular attention to those written by women as well as storylines that explore themes of gender, war, and colonialisation.

Although I have only scratched the surface of this collection, I have found a huge range of different production materials, including scripts, screenplays, synopses, and creative treatments. I was particularly interested in letters of correspondence between producers and writers, which revealed the extensive decision-making process over the simplest of details. One unmade project entitled ‘Anna’ was accompanied by letters such as these, in which the producer, Gordon Wellesley, noted that ‘Judy’ couldn’t possibly be the name of a piano teacher! Another project entitled ‘The Arrow of Gold’ similarly contained a huge amount of these letters of correspondence and revealed increasing frustration between the writers and producer. These materials will be extremely useful to anybody who is wanting to learn more about the production process in this time.

Thematically, I found that a huge amount of the scripts that I was researching that were written in the 1950s were focused on ideas of marriage and divorce. Many of these storylines consider a woman’s thirst for independence and dissatisfaction with her husband’s womanizing ways; inevitably, the marriage always survives without her husband changing his behaviour at all. Other themes I encountered often were love stories set against the background of various wars, or male coming-of-age stories where the protagonist has some weakness that they overcome to achieve success and gain the attention of women.

There are several scripts that have stood out to me throughout my research, mostly because they break the conventions I became used to. One script that particularly fascinated me that was written in 1955 was called ‘Against the Night’ from Pinewood Studios. This particularly stood out to me because its story is a thriller-survival drama that has some brilliant descriptions of a volcanic eruption and tidal surge, set in the Seychelles. In fact, there is equal parts description as there is dialogue that is certainly different to the other scripts.

I also encountered some scripts that had made it to production. For example, I came across the script for the British comedy ‘Adventure for Two’ (USA) or ‘The Demi-Paradise’ (1943) which starred Laurence Olivier and was directed by Anthony Asquith. Interestingly this release script reveals that the title was changed at the very last minute, from ‘A Stranger Comes to Town’ to what we know now. It was possibly a move to remove “othering” of the Russian character, in a bid to foster sympathy between Britain and the Soviet Union. 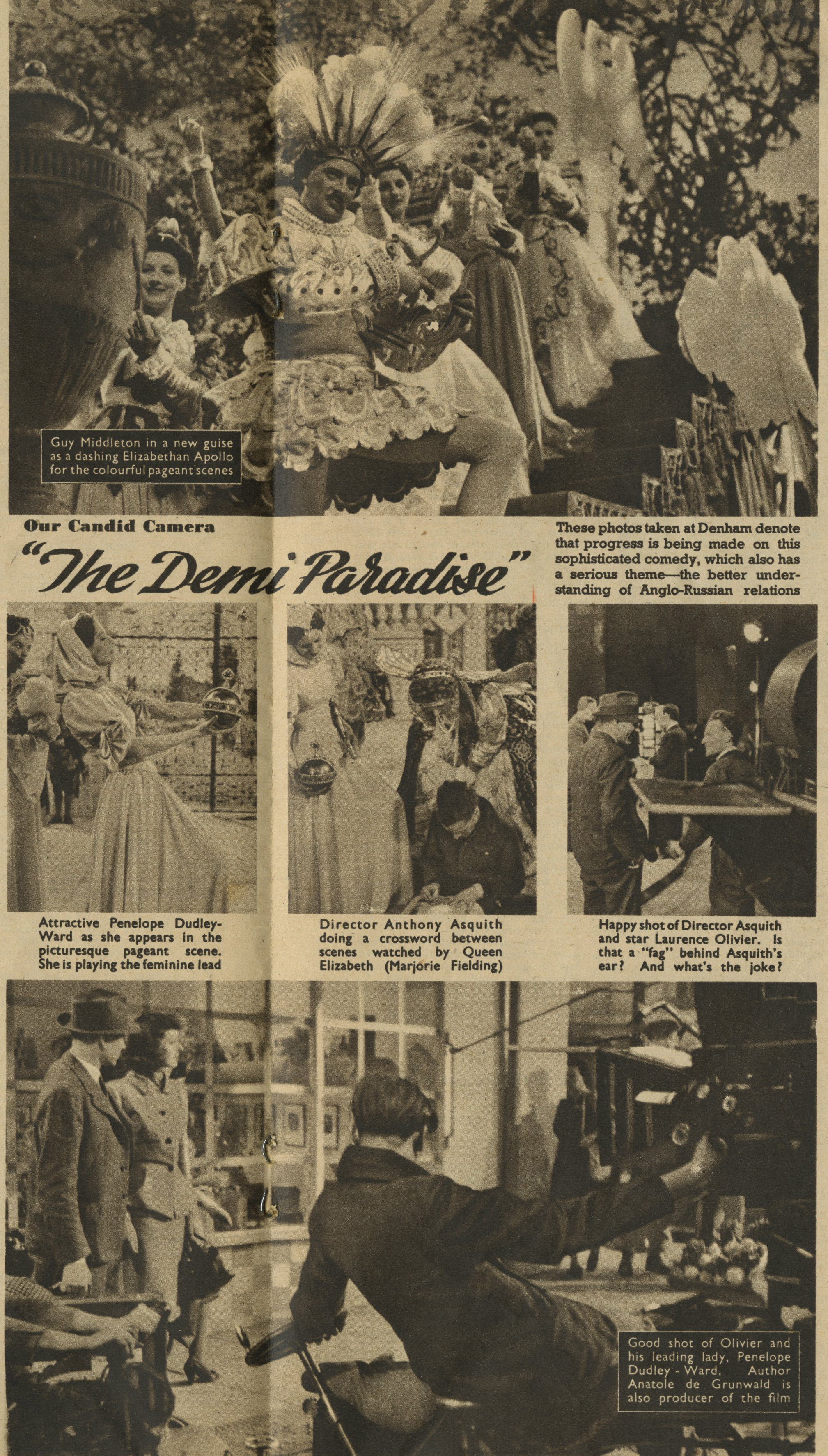 Another discovery was ‘Adventure in Diamonds,’ written by the WWII documentary filmmaker, John Eldridge. Throughout my research, I was certain that this film was never made until I opened one of the scripts to find that an alternative title was proposed: ‘Operation – Amsterdam’. The film was released in 1959. Set in Amsterdam during WWII and based loosely on true events, the British government sends a team to conduct a successful industrial diamond heist to prevent Germany from getting to them first. The film starred Peter Finch and Eva Bartok and was directed by Michael McCarthy. 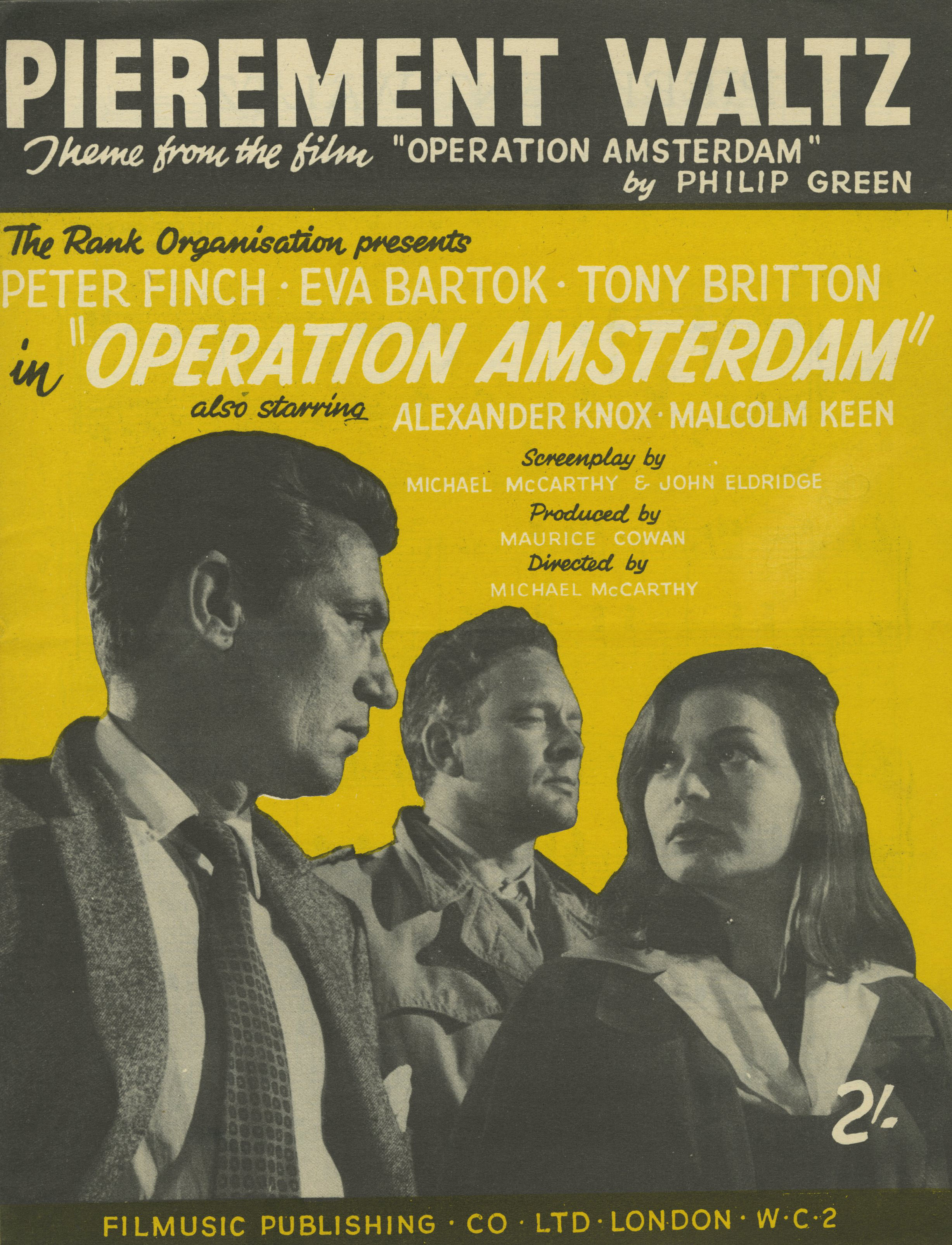 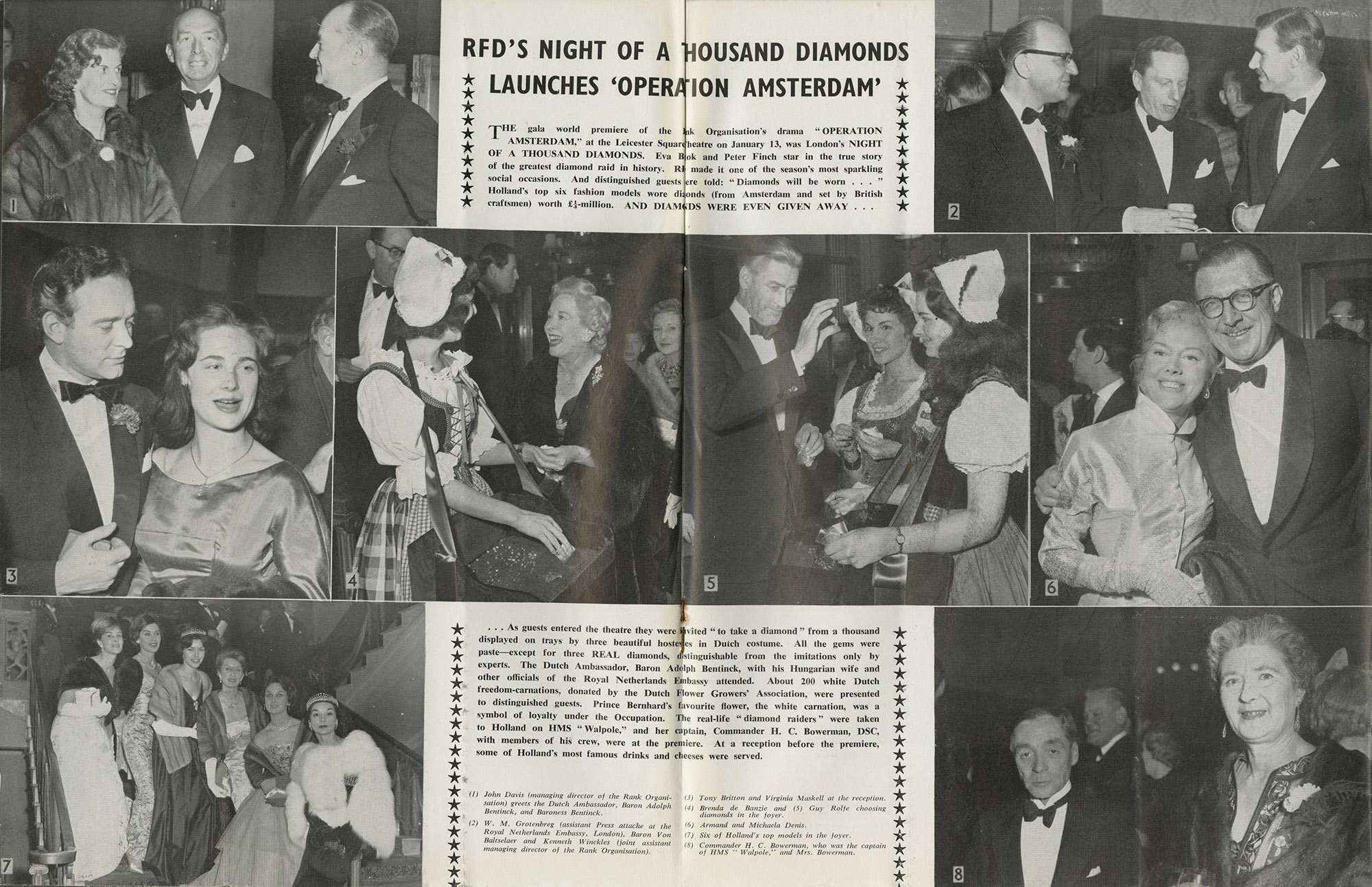 Although my time with this project has been short and I have only just begun what will shape up to be a great investigative study, I feel lucky to have been the first to handle some of these scripts in a very long time. The hidden histories within these scripts have revealed so much about the production process in, what was, Britain’s largest film company and will provide excellent research material for people in the future.