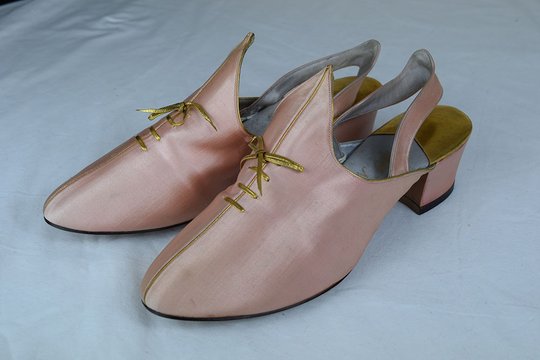 We are delighted to announce our new exhibition showcasing one of our most recent donations: a pair of shoes worn by Marlene Dietrich during the filming of Knight without Armour and won at the time by a young film fan, Midah Rushworth, in a competition. Student volunteer Laura Dennis, who curated the exhibition along with Alice Clements, tells all:

Everyone at the Bill Douglas Cinema Museum is excited about their most recent donation: material on Marlene Dietrich kindly donated by its previous owner Midah Rushworth. The crowning glory of this acquisition is a pair of shoes worn by Dietrich during the filming of Alexander Korda's production Knight without Armour in Britain in 1937.

Midah came into possession of these shoes in early 1937, after filming of Knight without Armour (d.Jacques Feyder, 1937) had just been completed at  Denham Studios, England. She won them in a competition, a Dietrich quiz, run by fan magazine Film Pictorial. She has also kindly donated her correspondence with Film Pictorial and London Films, Korda's company, about the competition win, which is also displayed. The correspondence is addressed to a Miss E.Bayliss - Midah was just 13 and concerned she might be too young to be eligable for the competition she used her mother's initial! 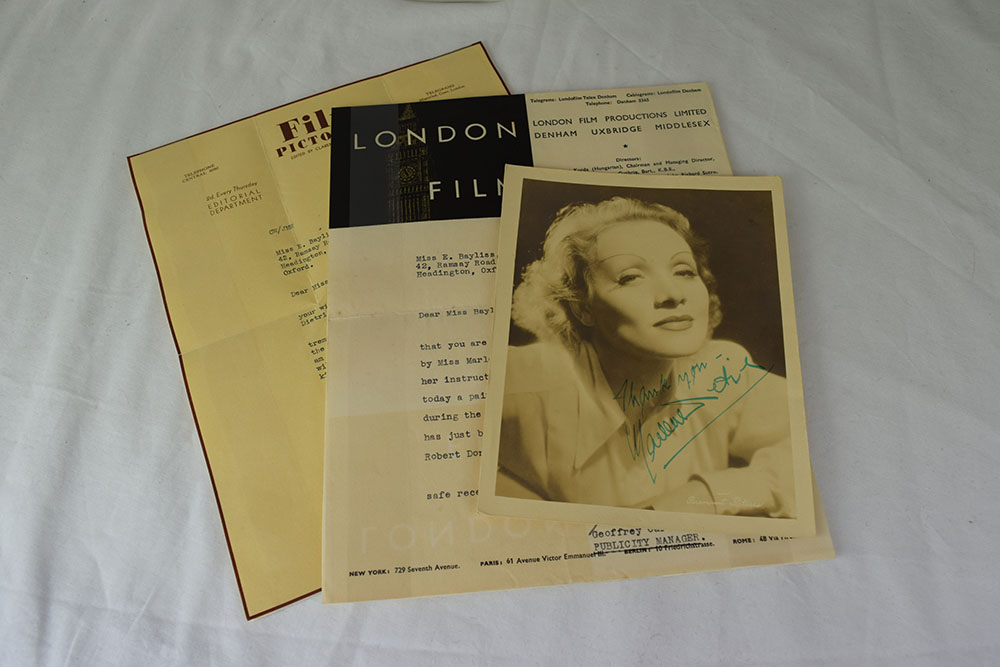 It is all the more exciting for staff at the Bill Douglas Cinema Museum because they already have a large amount of ephemera on the famous German actress and singer, given her usually consistent popularity throughout her long career that lasted from the 1910s to the 1980s and gaining international acclaim through her performances in films such as The Blue Angel (1930), Morocco (1930), and Shanghai Express (1932). She was widely respected for her humanitarian effortswith the allies during WWII, providing financial support and advocating U.S. citizenship for German and French exiles and working on the front lines to improve morale.1

The Bill Douglas Cinema Museum already owns as part of the Roy Fowler Collection, two annotated scripts of Knight without Armour (EXEBD 31284, EXEBD 15507) including the final shooting script in 12th September 1936 and the release script as at 28th April 1937.

The museum also owns Knight without Armour: The Book of the Film (EXEBD 20590) written by best-selling author James Hilton, an original 1930s tie-in book that features a front cover of a blue watercolour sketch of a scene with Dietrich and Donat from the film. The plot of the film follows A. J. Fothergill (Robert Donat), who is recruited by Colonel Forrester (Laurence Hanray) to spy on Russia and plans to kill Alexandra’s father (Herbert Lomas). However, the plan goes awry, so he is imprisoned in Siberia and he falls in love with Alexandra (Marlene Dietrich). The Russian Civil War breaks out and she is arrested for being an aristocrat while Fothergill is freed. The film then follows how the two of them attempt to escape Russia in order to be together.

The shoes have been previously shown in an exhibition about Korda, the producer of Knight without Armour, at the British Film Institute (BFI) in 2018 and following this Midah agreed to donate them to The Bill Douglas Cinema Museum. We don't usually hold costumes but because of the context of the competition and the correspondence between Midah, London Film Studios, and Film Pictorial, we felt that it fitted in perfectly with the theme of the museum: the development of the relationship between the audience and cinema throughout the ages. 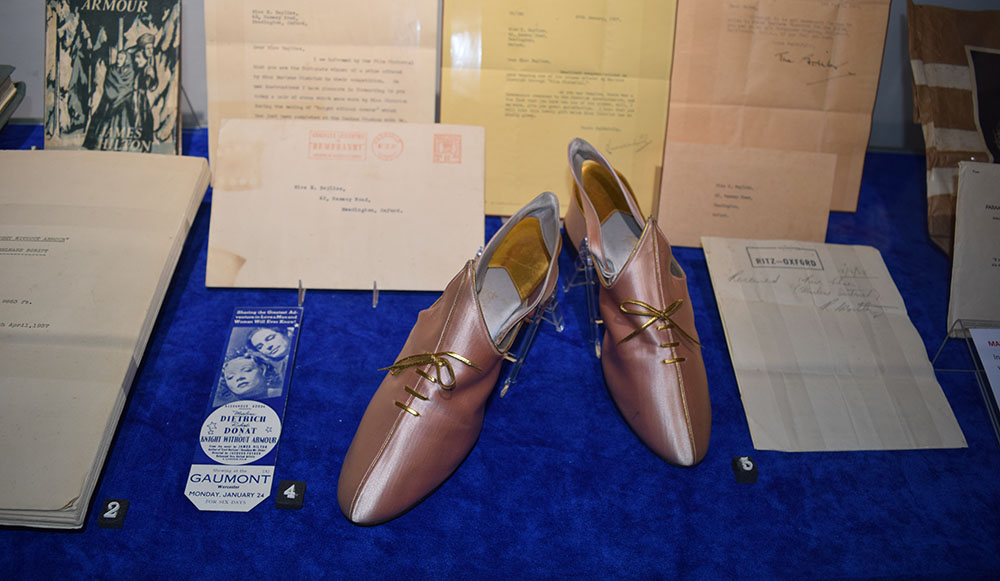 Many thanks to Midah Rushworth and to Nathalie Morris and Claire Smith at the BFI.