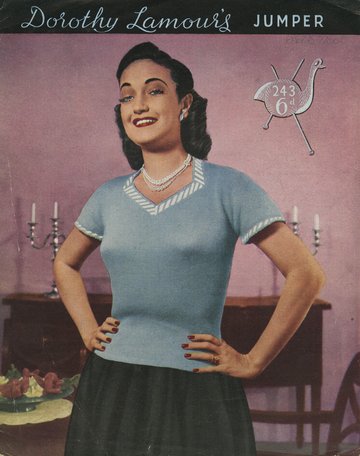 As part of our reopening to the public this month we have another new display, a small exhibition on fashion and film, curated by Heritage Collections assistant Anna Harding. You can find the display just inside the door of the lower gallery.

Anna’s exhibition shows the connection between film costume and women’s fashion in the early 20th Century, which established a relationship that lasts to this day. She says that:

Early film costumes and make-up were based on theatrical styles, with heavily made up eyes and dark lips worn with ornate garments. This can be seen in the postcard of Theda Bara below (EXEBD 84361). 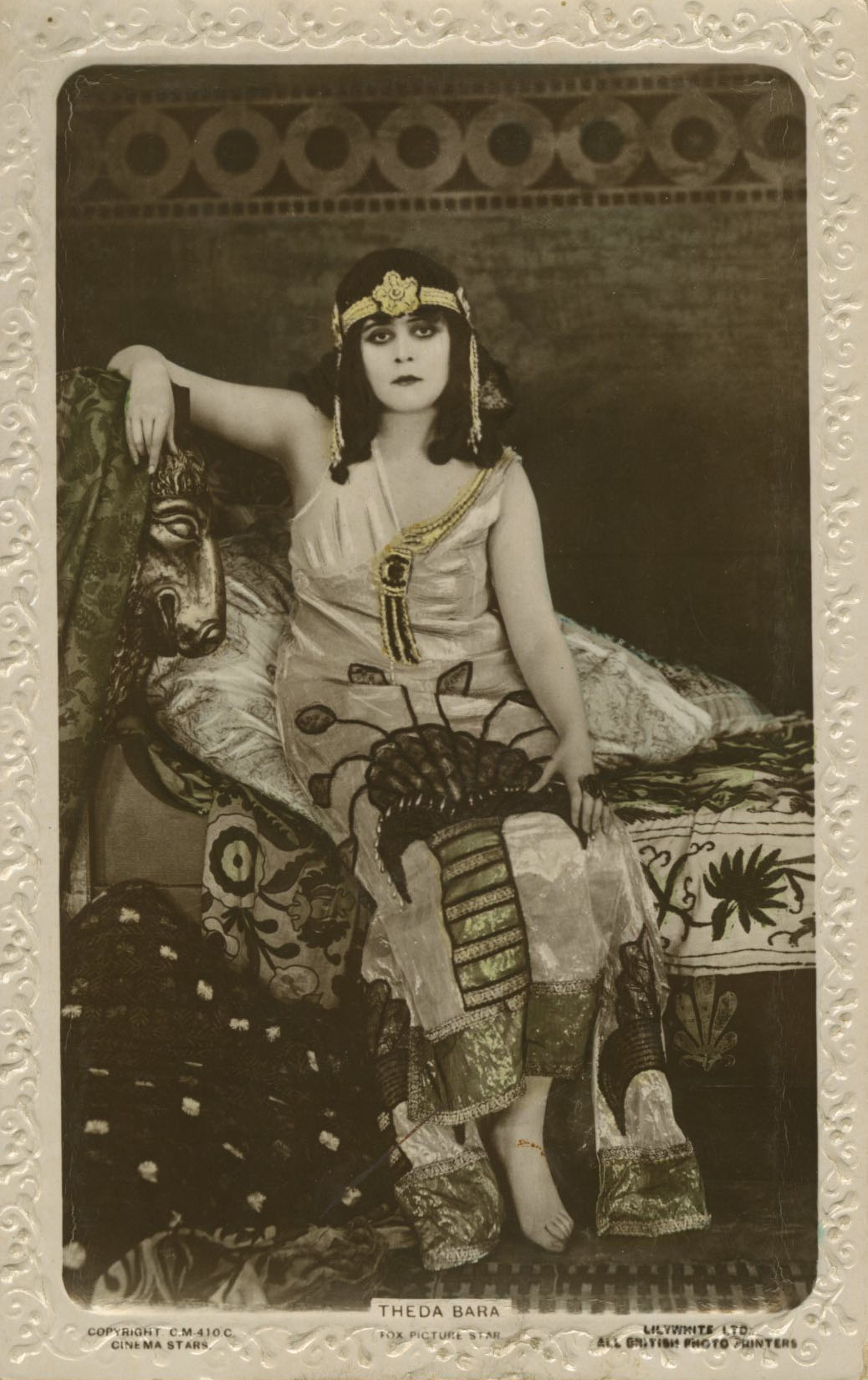 Hollywood became increasingly influential in women’s fashion and new cosmetics and beauty products appeared on the market for women to copy the look of their favourite star. Fashion and beauty brands increasingly used stars in the promotion of their products (such as the Dorothy Lamour knitwear promoted above EXEBD 77002) and the growing film magazine industry was the ideal place to connect fans with these products.

Fashion designers were often used for film costume design, sometimes dressing particular stars on and off screen with the partnership between Audrey Hepburn and Hubert Givenchy one of the best known collaborations. Film stars have reflected and shaped the changing tastes and styles of female audiences and continue to do so today and this is reflected in the images and artefacts I have selected for this exhibition. Although costumes and cosmetics have become more naturalised, those early Hollywood looks have come to define and even dominate modern ideals. Some of the women in this display, such as Hepburn, Grace Kelly, Marlene Dietrich, Josephine Baker and Rita Hayworth, have become style icons whose look is still referenced in modern fashion design.