We are delighted to announce the first patrons of The Bill Douglas Cinema Museum. We are very pleased to say that leading film critic Mark Kermode and filmmaker Carol Morley have kindly agreed to become our patrons – the role will champion the collections of the museum and the opportunities they offer for anyone who loves film and the moving image. Peter Jewell, who together with Bill Douglas built the collection that founded the museum, has also kindly agreed to become an honorary patron.

Mark Kermode is the best-known film critic in the UK. He is chief film critic for The Observer and co-presents The Film Review for the BBC News Channel. He also co-presents the Sony podcast Kermode and Mayo's Take and presents a weekly film music show on Scala Radio.

He has written a number of books such as Hatchet Job, It’s Only a Movie and The Good, The Bad & The Multiplex, and has written and presented many TV documentaries, including most recently the BBC series Secrets of Cinema, analysing film genres and forms through cinema history. Mark has visited the museum several times and made a video here for his ‘Kermode Uncut’ video blog series https://www.youtube.com/watch?v=iyaCer9zuEQ He is also an Honorary professor at the University of Exeter. Mark says of the museum; ‘The Bill Douglas Cinema Museum is an absolute treasure trove and I am thrilled and honoured to become a patron. Anyone with an interest in cinema should visit the museum which will take you on a journey to the birth of the moving image and beyond. There is so much to see - and it's such great fun! I love it!" 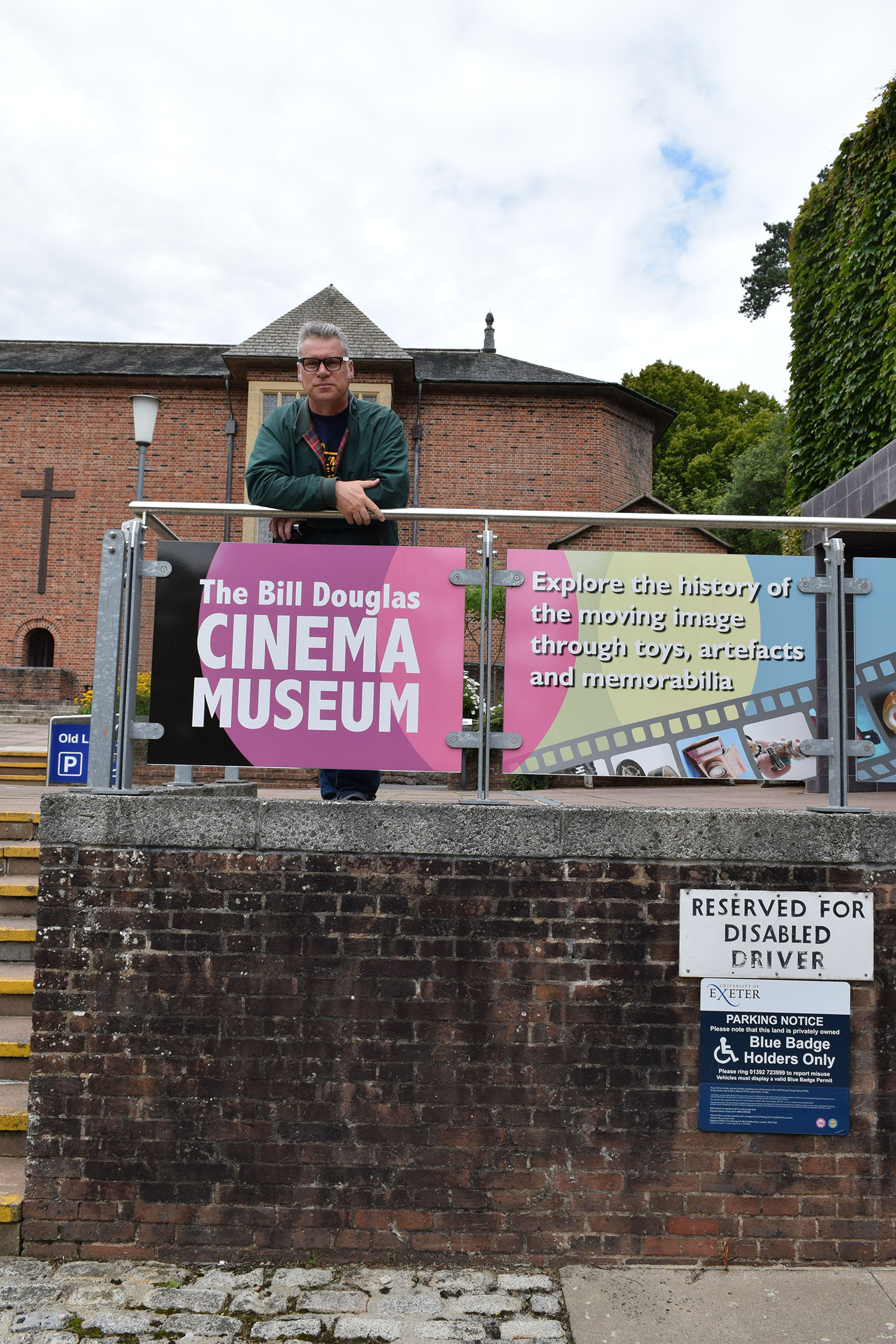 Carol Morley is one of Britain’s leading filmmakers. After studying at Central St. Martins, she made the acclaimed documentaries The Alcohol Years (2000) and Dreams of a Life (2011), and subsequently directed the feature films The Falling (2014) and Out of Blue (2018). She is currently completing her latest feature project (Typist Artist Pirate King), inspired by the archives of artist Audrey Amiss. This film follows a screenwriting fellowship at the Wellcome Institute, which houses the archive, and reflects Carol’s fascination with collections. Throughout the lockdowns for the covid pandemic she ran an online film club, organising viewings where people saw films, often new to them, at the same time and shared their feelings on Twitter. Her research on the archives of Muriel Box, Britain’s most prolific female filmmaker, has made her keen for collections to be used to shed new light on film history.

Carol says of her appointment; ‘I’m so thrilled to be a patron of The Bill Douglas Cinema Museum. To support such a fabulous place and a collection which enables people to explore moving image history, especially histories that may be unfamiliar, means the world to me. It’s so important to preserve and celebrate and provide access to moving images’ past because it does so much to illuminate our present. The Bill Douglas Cinema Museum is a fabulous resource for so many and is a crucial part of the cultural landscape. Long may it thrive! 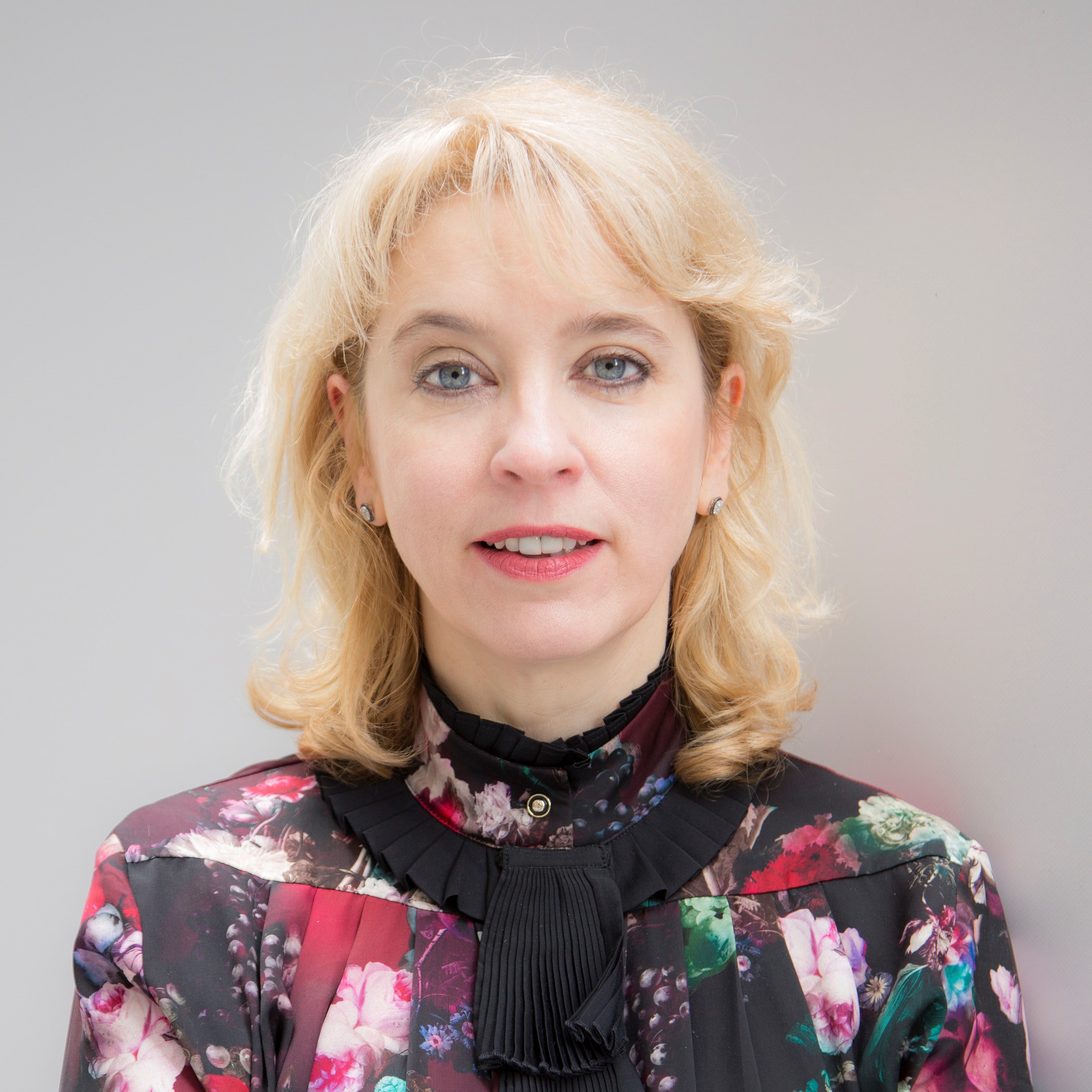 Peter Jewell was friends with Bill Douglas from their meeting on RAF national service in Egypt in 1952 until Bill’s death in 1991. Together they began collecting books and ephemera about cinema and over 30 years their collection expanded to take in the optical media that preceded, and informed, the development of film. They always intended that their collection would one day form a museum and be shared with others who could experience the sense of excitement and wonder they had felt at seeing the world differently through moving or projected pictures. After Bill’s death Peter donated the collection to the University of Exeter to found the public museum named after his friend, who was also of course one of Britain’s greatest and most poetic filmmakers.

Peter has continued to donate material to the museum and generously support our activities and we are delighted he has agreed to become an honorary patron. He said of the museum; ‘Bill and I always collected with the aim that one day our collection would form a museum that could be shared with others and continue to expand with further donations. The Bill Douglas Cinema Museum offers the opportunity for everyone to experience the same wonder and excitement that we felt when we first acquired these artefacts. I am delighted that the museum continues to inspire new audiences to explore moving image history’. 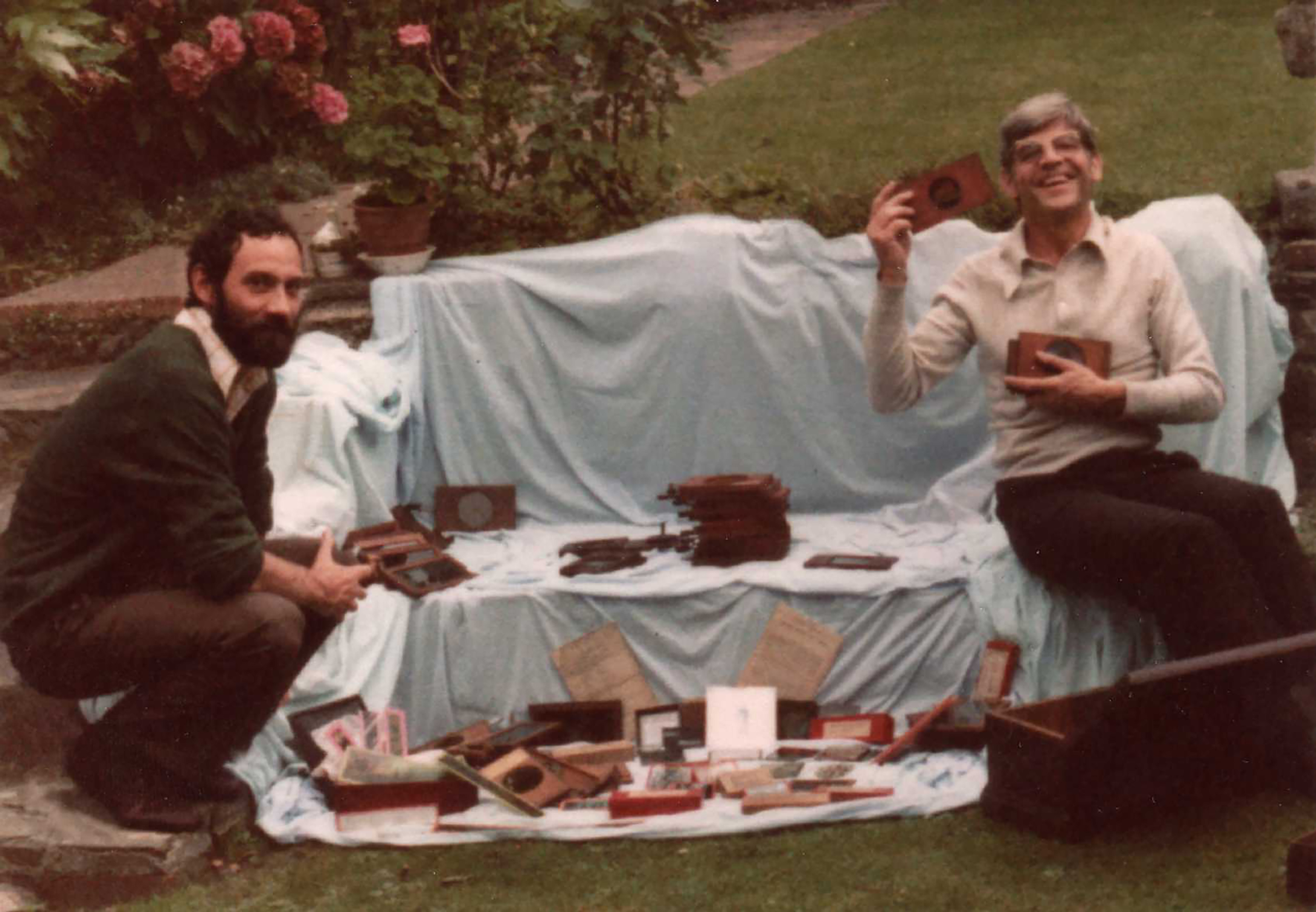 Bill Douglas and Peter Jewell with some items from their collection.

We are hugely grateful to Carol, Mark, and Peter for their support for the museum. Patrick Swaffer, Chair of the Museum’s board said “We are delighted that Carol, Mark, and Peter have agreed to become Patrons.  Each have made a very significant contribution to film culture and their support will help us to further promote the high quality collections held by the Museum and the opportunities they offer for anyone who loves film and the moving image.