Rare posters from cinema’s Golden Age have returned to Britain, thanks to a donation to The Bill Douglas Cinema Museum by one of the world’s foremost movie memorabilia collectors.  The gift comes as the museum has recently reopened to the public after lockdown so everyone can again enjoy the collection of over 80,000 artefacts.

Movie and actor posters from the early part of the last century can be rare because they were designed only to last for a few days. They were printed on inexpensive paper and usually rented by cinemas from film distributors to coincide with the release of the film, and then returned afterwards. Few considered them works of art at the time but today they are much admired for their beauty and innovative designs.

The 13 posters, dating from the 1910s to the 1940s, were donated by Chicago based collector Dwight Cleveland via the American non-profit organisation Movie Poster Archives. Most are large publicity or “personality” pictures, with portraits of Mary Pickford, Norma Talmadge, Constance Talmadge, Ivy Duke, Alma Taylor and Annie Laurie, huge stars in Britain and USA in the 1920s. 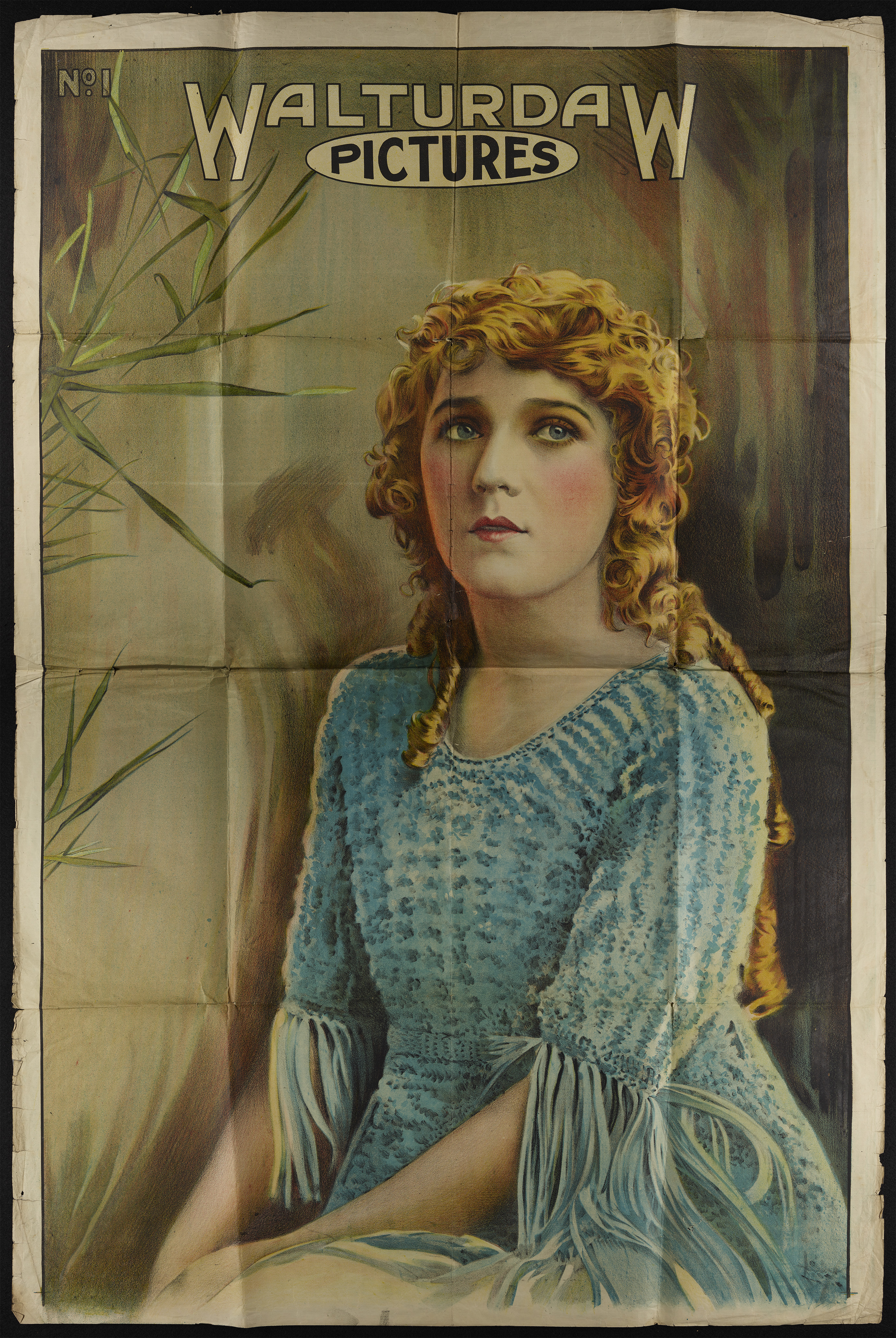 There are also five posters which advertised films from the 1930s and 1940s – Arizona, Tin Pan Alley, He Stayed for Breakfast, Freedom Radio and Chad Hanna.

Tin Pan Alley from 1940 features at the beginning of this piece and below you can find an image of the poster for He Stayed for Breakfast from the same year.

Mr Cleveland, who owns the largest private curated poster archive in the world, had been impressed by a visit to the museum on a trip to the UK last year and wanted to repatriate these posters from his collection to an organisation in Britain where they would be part of a large movie memorabilia collection.

"Visiting the University, viewing the Bill Douglas Collection and succumbing to Dr. Wickham's hospitality, I simply knew these posters needed to be re-patriated to Exeter. It is really an honor to be able to ship them back to the land from which they originated a century ago." Said Mr. Cleveland

The Chicago real-estate developer began his collection in 1977. At one point his archive spanned 45,000 pieces and was regarded as among the most impressive in the world. He built it initially through finds in yard sales, house clearances and second hand shops, later searching the globe for the rarest posters. His archive included every Best Picture winner at the Academy Awards and the top 100 films of all time as rated by The American Film Institute and The Internet Movie Database. He is still building his personal collection.

Dr Phil Wickham, Curator, said: “We were delighted to receive this generous donation of beautiful early British posters, which will be a great asset to our collections. They are great examples of the art of the poster and would have been displayed in the foyers of cinemas up and down the land. We are incredibly grateful to Dwight and to the Movie Poster Archives for their generosity.

“We know Dwight was keen for the posters to return to Britain, as they were made here to promote the releases of films and to publicise stars, including big British names such as Alma Taylor as well as international stars like Mary Pickford.

“So few film and actor large quad posters from this period survive intact. The film posters have such lovely designs and it is a real honour to look after them for future generations.”

Here is the curator with the portrait poster of British star of the early 1920s Alma Taylor. 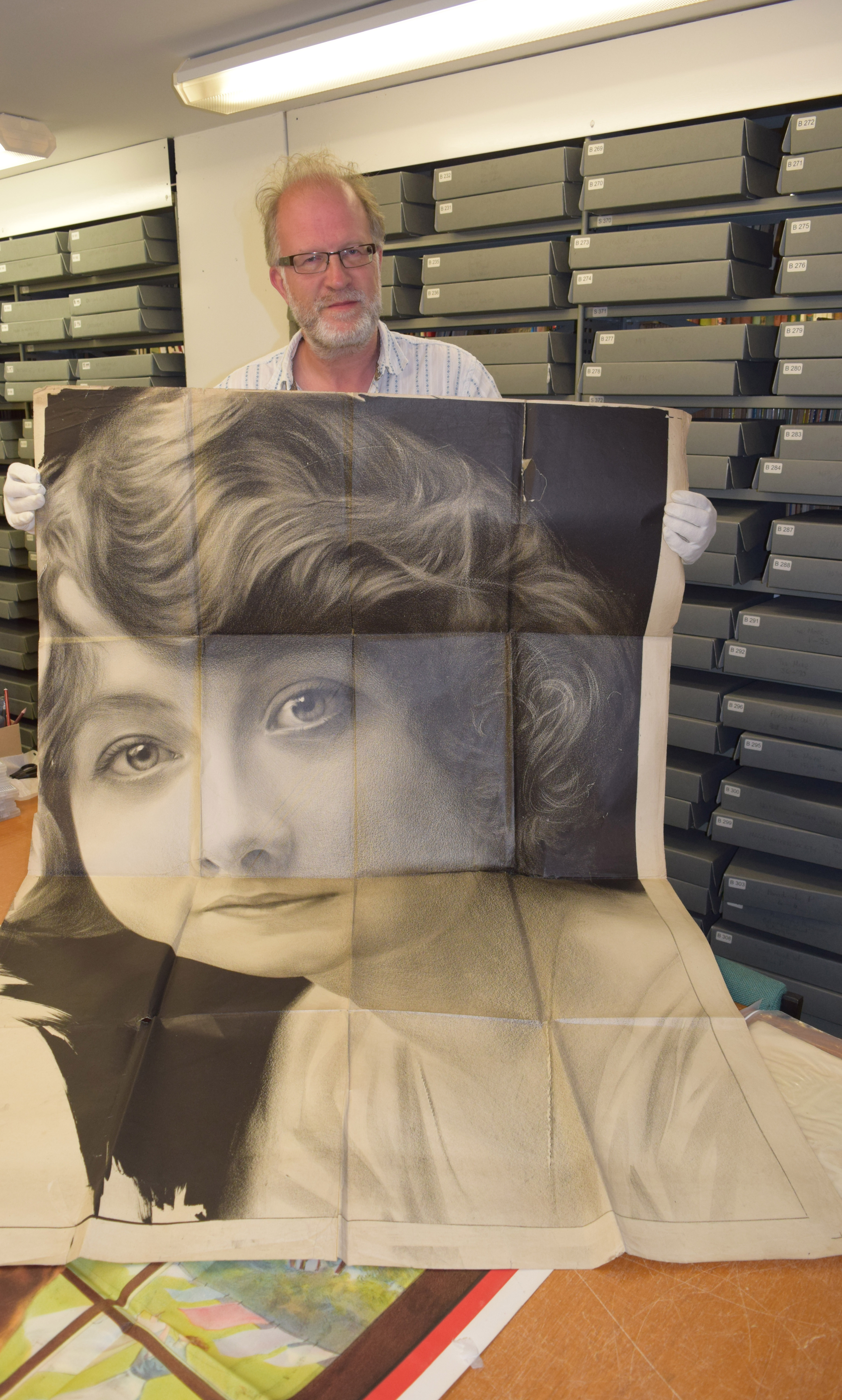 The posters are available for researchers and the public to view by appointment.