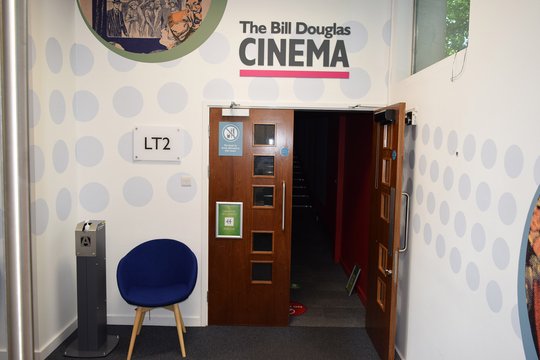 On Wednesday 14 July we were delighted to be part of a launch event of a new cinema facility on campus to be known as The Bill Douglas Cinema/ It has been named in honour of Bill Douglas for the collection that Bill put together with his friend Peter Jewell which founded our museum. his work as a visionary filmmaker and also as an inspiring teacher of film students at the National Film School and the University of Strathclyde. This plaque has been placed outside the cinema 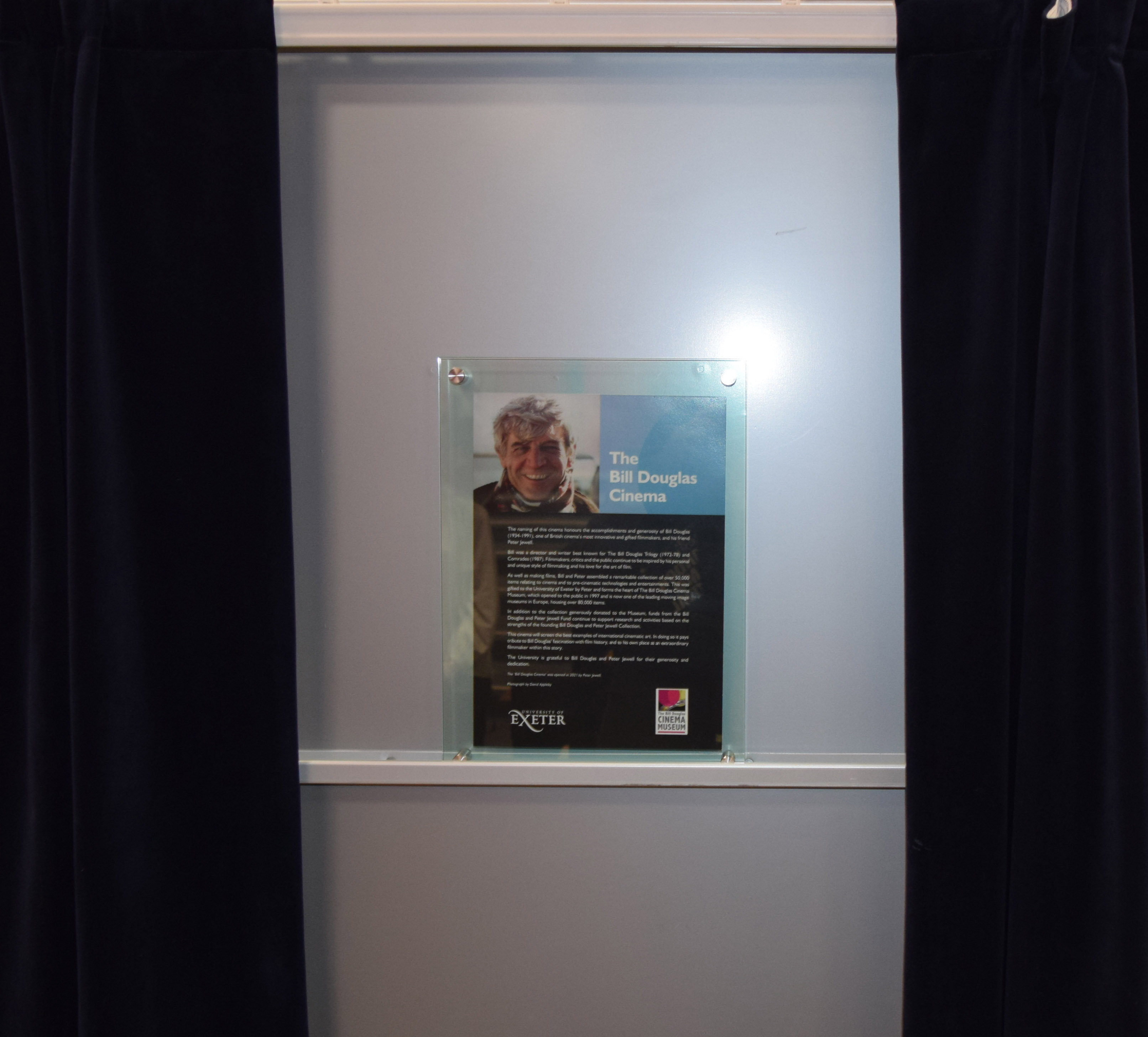 and the foyer outside the auditorium has been decorated with images and posters from the collection. Here are some pictures of it: 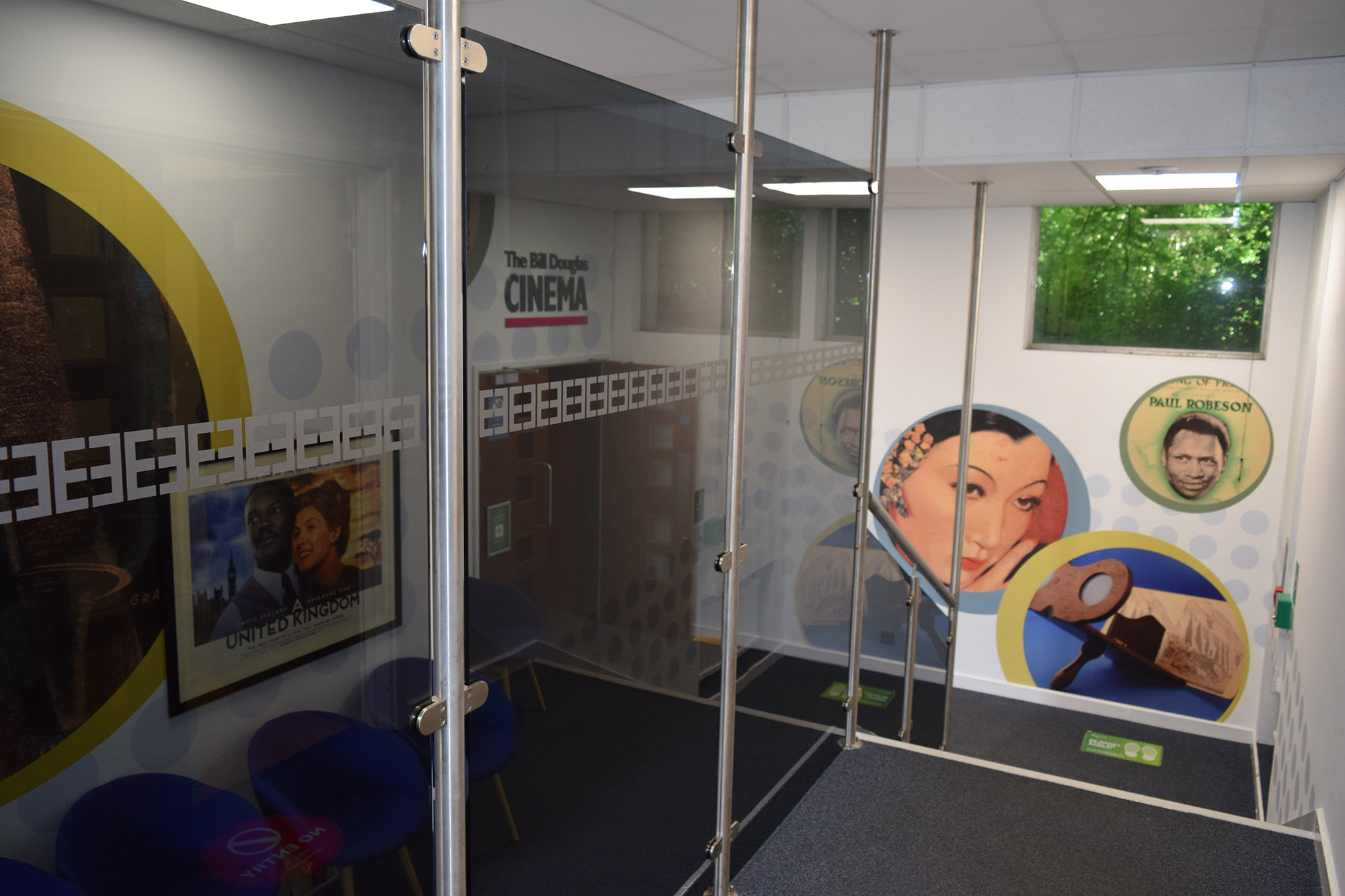 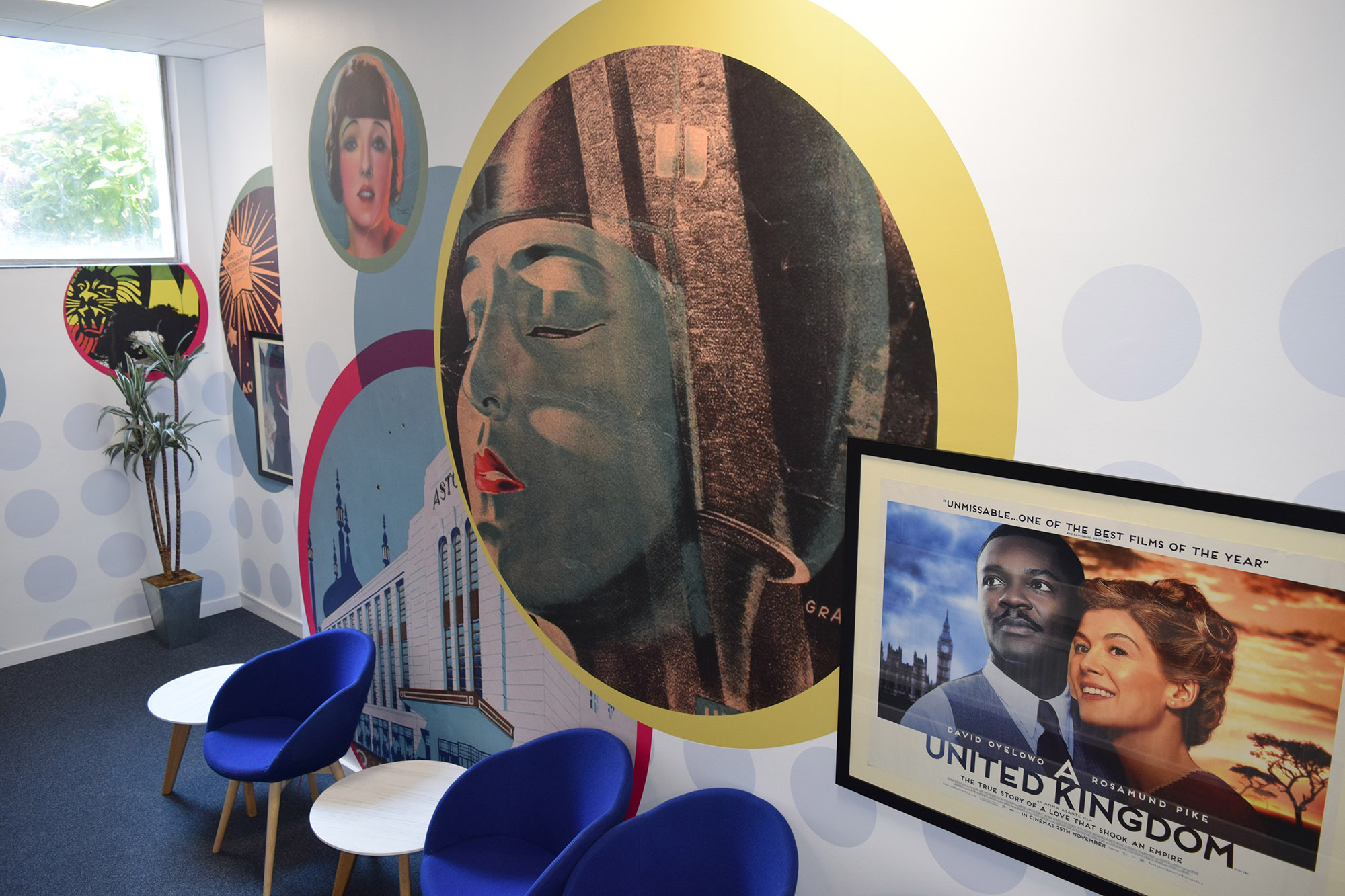 The event included screenings of clips of Bill Douglas's work and home movies, examples of student filmmaking and speeches from Prof. Janice Kay, Provost of the University of Exeter, Prof Linda Williams, Head of Film at the University and Dr Phil Wickham, Curator of The Bill Douglas Cinema Museum. The plaque was unveiled by Peter Jewell, who continues to donate generously to the museum and film at Exeter. 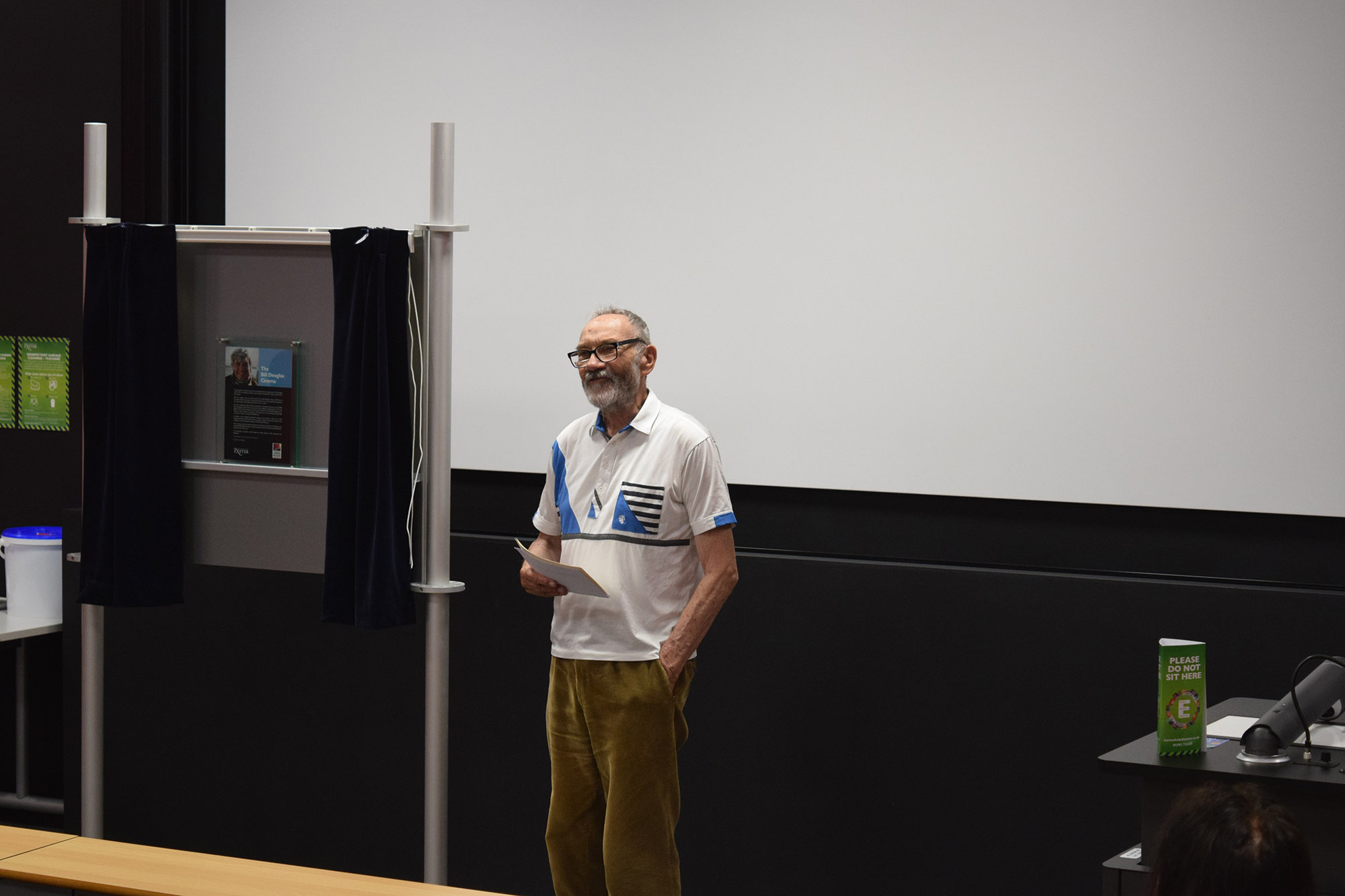 The cinema facility will ensure that film students can see the history of world cinema and contemporary work in the best conditions possible. It was also be a suitable showcase for screening their own work as filmmakers as part of our degree programme.