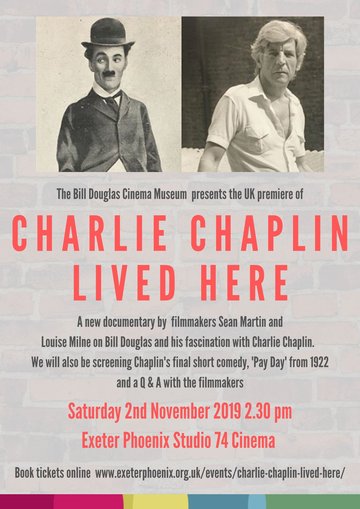 On 2nd November we were proud to present the UK premiere of a new documentary on Bill Douglas and his fascination for Charlie Chaplin at Exeter Phoenix. 'Charlie Chaplin Lived Here', made by Edinburgh based filmmakers Sean Martin and Louise Milne, incorporates 8mm footage that Bill shot of Charlie Chaplin's house being demolished in the '60s and explores the enduring appeal of 'the little tramp'. We will also be screening Chaplin's final short comedy, 'Pay Day' from 1922. There was a q and a with the filmmakers Sean and Louise after the screening which was filmed by museum volunteer Elliana Jay and can see this on our youtube channel here. 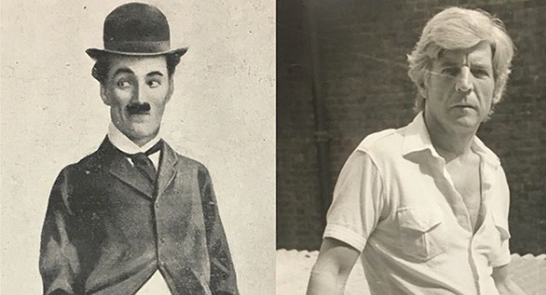 Sean and Louise previously made the documentary 'lanterna Magicka' about Bill's work and collection; 'Charlie Chaplin Lived Here' was shown at the Maine International Film Festival last year but this is the first opportuinity to see the film in this country - and where better than Exeter, home of the museum based on Bill's collection.

The show is at Exeter Phoenix's Studio 74 Cinema and you can book tickets with the Phoenix via the link below. Hope to see you there!