Bill Douglas: “...the idea is that I’d like to get all these objects into a museum for young people, and the more perfect I can get the objects I think the more it will delight them” (1) 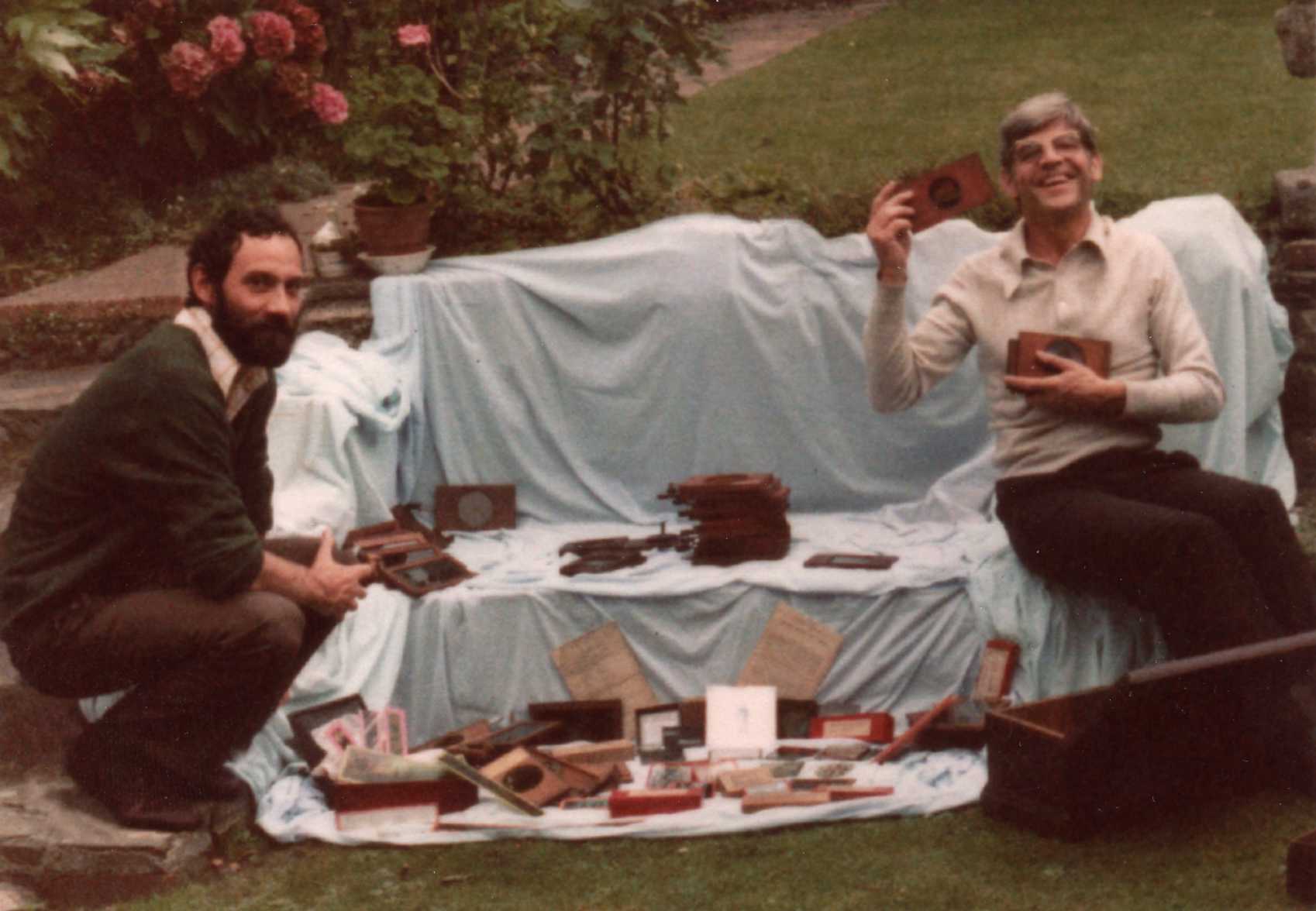 met during their service for the RAF in Egypt in 1954. They quickly bonded over a love of cinema and visited the Astra cinema together at their base whenever they had the opportunity. In 1961 they moved into a flat together in London and started collecting film ephemera from second hand book shops, antique shops and markets, restricting themselves to a set price to ensure that they found the right bargains. The pair collected anything relating to film culture and history, from 1920s fan magazines to press books, sheet music to cigarette cards, and biographies to blockbuster action figures. Charlie Chaplin and Marilyn Monroe were particular favourites of the collectors and they feature heavily in the Collection, with novelties such as Monroe soap dishes and a Chaplin puppet. The Collection constantly grew in volume and depth, taking over Bill and Peter’s small London flat. As Peter notes, their interests started to expand and encompass not only modern cinema but also the history of cinema and the visual entertainments that preceded it:

“Perhaps as a result of our growing dissastisfaction with contemporary cinema, we became fascinated with silent films...in all the optical entertainments that led up to the invention of cinema” (Peter Jewell, 2)* 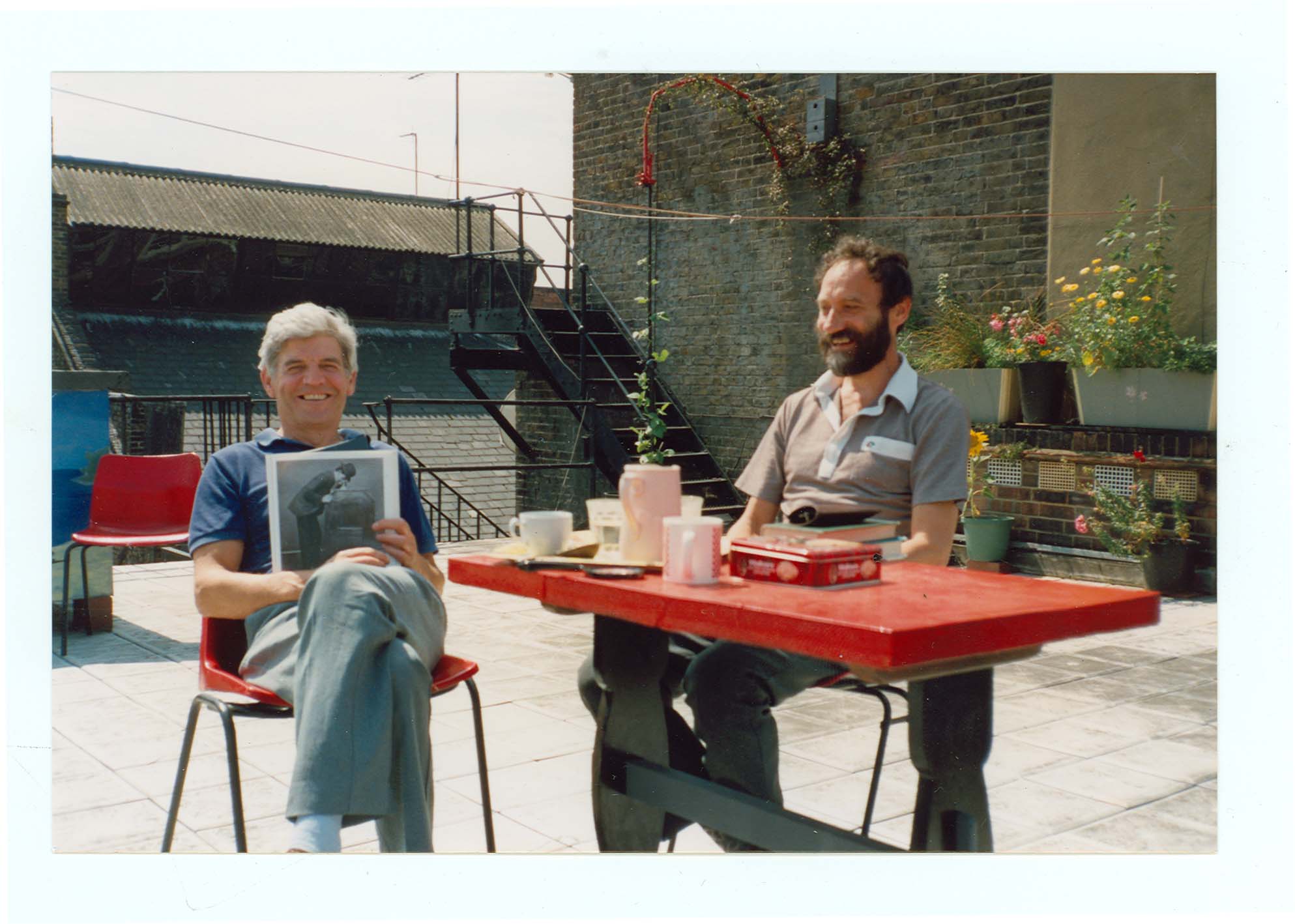 Over time the pair acquired rare treasures such as magic lanterns, praxinoscopes, peep shows, stereoscopes, panoramas, and a Lumiere cinematographe, to name a few. Some of the pre-cinema items in the Collection feature in Bill’s film Comrades (1987) which interweaves various optical entertainments through its narrative whilst a travelling lanternist acts as a chorus figure (read more about the Collection and its use in Comrades in Bill’s essay “A Lanternist and His Comrades”).

As Bill and Peter started to realise the extent and value of their Collection, it became clear to both of them that it merited a home where the public could share in the delight and curiosity they themselves had found in their Collection. Peter explains that “[w]e always saw the Collection as a museum as well as a library” (3) but sadly, Bill passed away from cancer in 1991 before this dream could be realised. Peter, however, continued in their venture, intending that the home of the Collection would be a memorial to his friend. In 1994, Peter donated his and Bill’s Collection to the University of Exeter and it was opened to the public in 1997 with the founding of the Bill Douglas Cinema Museum. 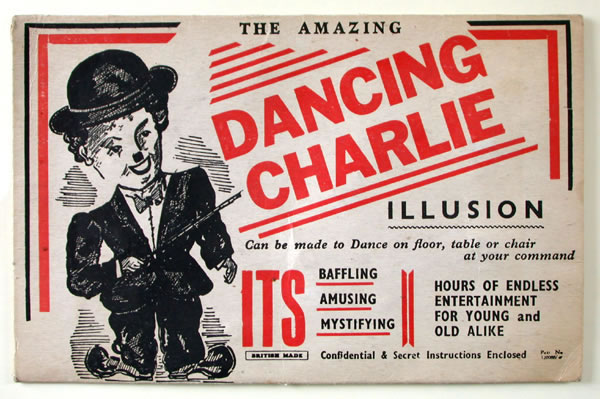 The museum is a wonderful celebration not only of the technical and cultural development of optical entertainments, but also of the work of an important and unique British artist. Peter’s generosity and passion for the Collection sees him continuing to donate his finds to the museum even to this day. Many other donors have also contributed various artefacts to the museum since its opening and the collection now includes more than 75,000 items.

Click here to see a trailer for “Lanterna Magicka”, a documentary by Sean Martin which explores Bill’s passion for collecting pre-cinema ephemera and the important role this played in Comrades (this documentary is also available as a special feature on the Comrades DVD)

*All of Peter Jewell’s quotations on this page are taken from the “Preface” of the Bill Douglas Cinema Museum Guide which is available to purchase – please contact us for more information.