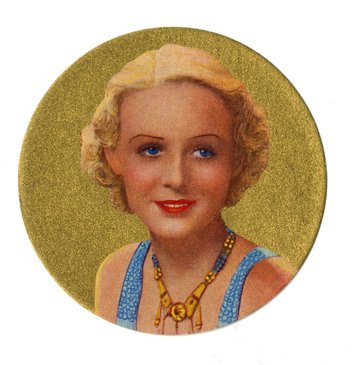 While looking through items in the Bill Douglas collection, I discovered a remarkable set of circular cigarette cards featuring ‘Beauties of the Cinema’. One in particular caught my attention, a striking portrait of Gloria Stuart, her name familiar to me from years of Titanic hype. A further search of the archives uncovered a great selection of cigarette cards and photographic postcards, articles and interviews, each exuding classic Hollywood glamour and revealing the life of a wonderfully progressive and fascinating woman.

Gloria Stuart is now best known for her iconic role as ‘Old Rose’ in Titanic. After 65 years in the business, Stuart was finally offered the high-quality, ‘dramatic’ part she had craved as a young Hollywood starlet, and her patience was well-rewarded with a variety of awards and nominations. The most long-awaited of these came from the Academy and, at age 87, she became the oldest actor ever nominated for an Academy Award. The Screen Actors Guild (of which she had been a proud and committed member since its foundation in 1933) presented her with a Founders Award and, jointly with Kim Basinger, the award for Best Performance by an Actress in a Supporting Role.

For Stuart, this resurgence in her career marked a return to familiar popularity, but with considerably greater work satisfaction and autonomy. In her 1999 autobiography, I Just Kept Hoping, she details her time under contract with Universal where she was obliged to star in ‘dreadful’ musicals and was frequently loaned out to Warner Bros. for equally vapid parts. Although many of these films were commercially successful, Stuart had little tolerance for roles that merely required her to ‘stand and stare’ at the leading actor with ‘no chance to do what I would have called acting’ (Films In Review, February 1988).  The exceptions to the rule were the films directed by James Whale, first the classic horror film The Old Dark House in 1932, and later The Kiss Before the Mirror (1933) and The Invisible Man (1933). Stuart said of Whale that ‘he was a wonderful, inspired man’ and this certainly seemed to improve her experience of the studio for at least a short while. 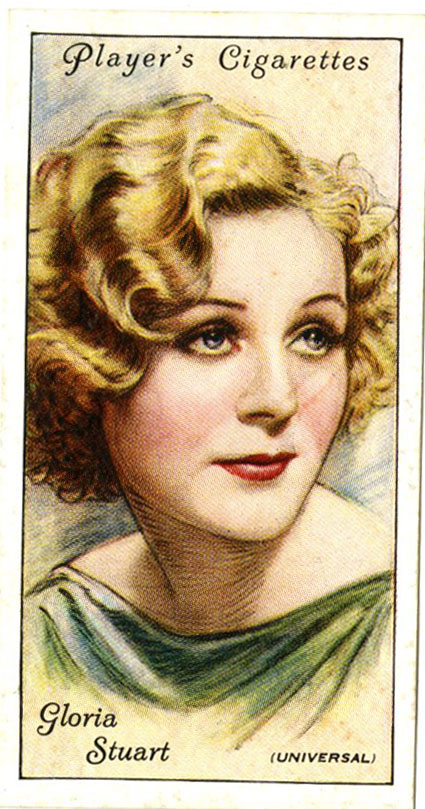 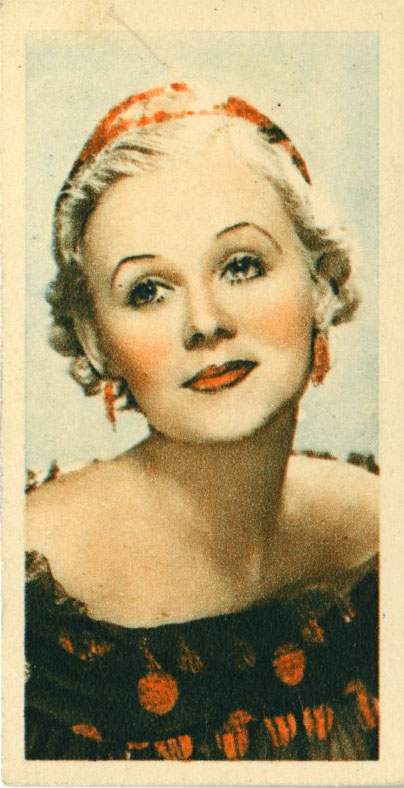 Once her contract with Universal had ended, Stuart moved to 20th Century Fox for yet more disappointment. Despite working on higher calibre films, her roles were unfulfilling and she resented playing second fiddle to child stars. This time, when her contract ran out, she decided to quit acting and leave Hollywood.

This is a photograph of Stuart from the second Carreras ‘Film Stars’ series, published in 1938, nearing the end of her time at 20th Century Fox (EXE BD 81049). 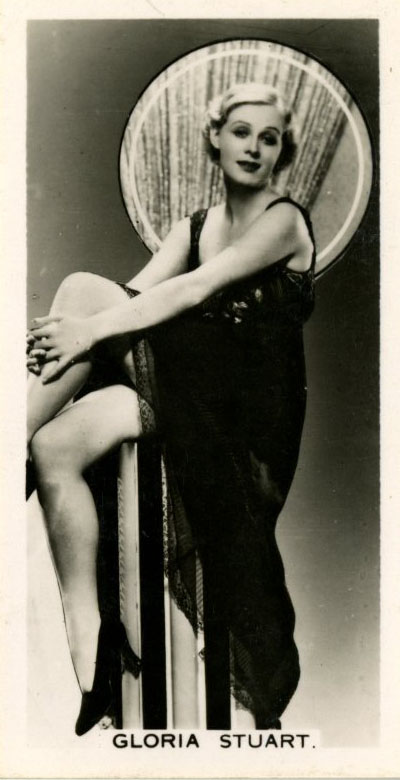 It was in 1933, while still with Universal, that Stuart met Arthur Sheekman on the set of Roman Scandals. A script writer on the film, Sheekman was known for his work with the Marx Brothers and close friendship with Groucho Marx, and had been trying to meet Stuart for some time. There was an ‘instant’ attraction between them and they were soon dating exclusively. When Stuart decided she wanted a child, she proposed, and in August 1934, they travelled to Mexico for an extravagant wedding, and welcomed their daughter Sylvia (named after Stuart’s character in Roman Scandals) the following June.

Both being free of studio contracts they seized the opportunity to travel, visiting Asia, Egypt and Italy before landing in France at the outbreak of World War II and reluctantly returning to the States. Sylvia had stayed behind with her grandmother and once the family was reunited they settled in New York City. While Sheekman worked on several plays, Stuart briefly slipped back into acting with hopes of a fresh career in theatre, but neither could find success on Broadway. In 1943 they moved back to Hollywood and settled in an apartment in the Garden of Allah, a popular community of show business professionals. Sheekman quickly slipped back into the business as Stuart, after struggling to find notable acting roles, instead focused on helping with the war effort, working as a volunteer and touring the country alongside Hillary Brooke.

In the years following the war, Stuart found a new creative outlet. Having discovered découpage during a trip to New York, she opened a small shop in Los Angeles selling items she designed and created herself. This ran successfully for four years, pieces of her work even being picked up and sold in high-end stores such as Neiman Marcus, but she eventually found the whole process too draining and closed the shop in 1949. However, not one for idleness, she dedicated her time and energy to renovating their home. Inside and out, she remodelled and embellished the property, having furniture specially made and adding an aviary filled with exotic birds.

Whilst on a visit to Sylvia, who was by then studying in Paris, Stuart was inspired by the Impressionist paintings held in the Jeu de Paume and l’Orangerie museums. Described in her autobiography as ‘one of the defining moments of my life’, she was so infatuated with the art that she committed herself to becoming a painter, working every day possible and developing her own style. She continued this way for seven years, from her first attempts in Italy, through the thin, sparse light of London, and back to Hollywood via New York, before she finally felt ready to show her work. It is indicative of her talent and dedication that her debut was a one-woman show at the renowned Hammer Galleries. The show was a great success, with almost all of the 40 canvases sold, and her later work has proved just as popular, having been exhibited in galleries all over the country and many pieces included in permanent collections at various museums, including the Los Angeles County Museum of Art. In the late 1970s, she added serigraphy and bonsai to her artistic repertoire, taking classes and working with the same determination as she had shown in all her other pursuits.

After Sheekman’s death in 1978, Stuart returned to acting with minor roles, mostly in TV. She worked throughout the 1980s and then began an eight-year hiatus that would end with Titanic. In a 1988 interview for Films In Review she speaks of her regret at not joining Paramount at the dawn of her career, but concludes she has ‘had a happy, fulfilled life’. The unexpected whirlwind of her Titanic role and the resulting media frenzy gave her a taste of the life she might have known and brought with it more acting opportunities.

Gloria Stuart celebrated her 100th birthday on July 4th, 2010 and died September 26th, 2010, surrounded by members of her family.

Here is a postcard of Stuart from the Picturegoer ‘Real Photograph’ series, published in 1933. (EXE BD 85872) 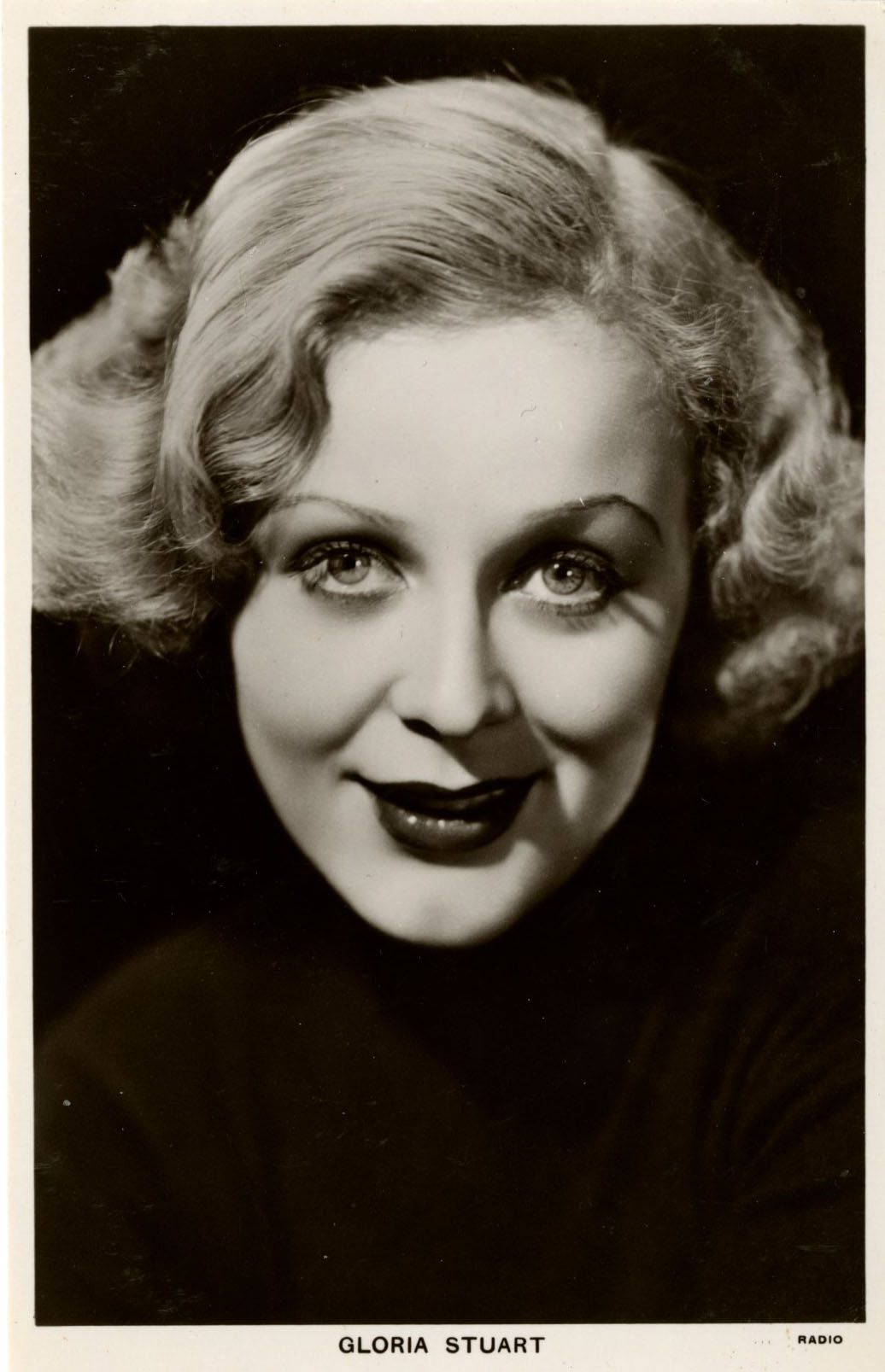