In Bill Douglas’s lifetime there were only a handful of screenings of his films in France, so French audiences' discovery of Bill Douglas movies is very recent. The Trilogy (1972-1978)[1] was released in theatres by UFO distribution in July 2013 prior to a DVD release later that year. As 40 years separate the British release from the French one, one can ask why there was such a time gap. Some argued that his untimely death didn’t give him enough time to expand his audience through a greater body of work. The limited distribution and exhibition of the British release at the time also seems also a solid explanation. 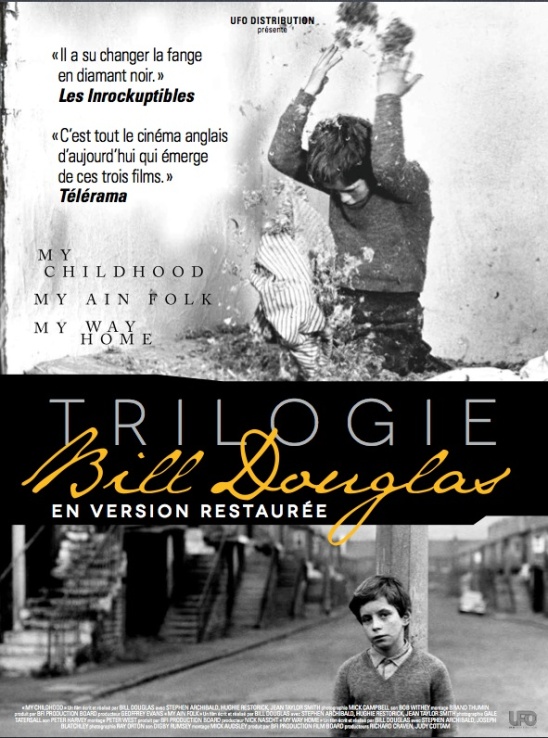 Nevertheless, the Bill Douglas’ Trilogy had been widely saluted in France as a revelation and an influential work for modern film makers. Its release permitted audiences to discover meaningful links to current British cinema from Bill Douglas’ work.

In France, if the social dimension of the movie made apparent connections with Ken Loach’s or Stephen Frears’ work, the symbolic and stylized black and white imagery with little or no dialogue echoed significantly Expressionist silent movies. References to Luis Bunuel and Robert Bresson accompanied also the releasing of the Trilogy regarding its poetic narrative. 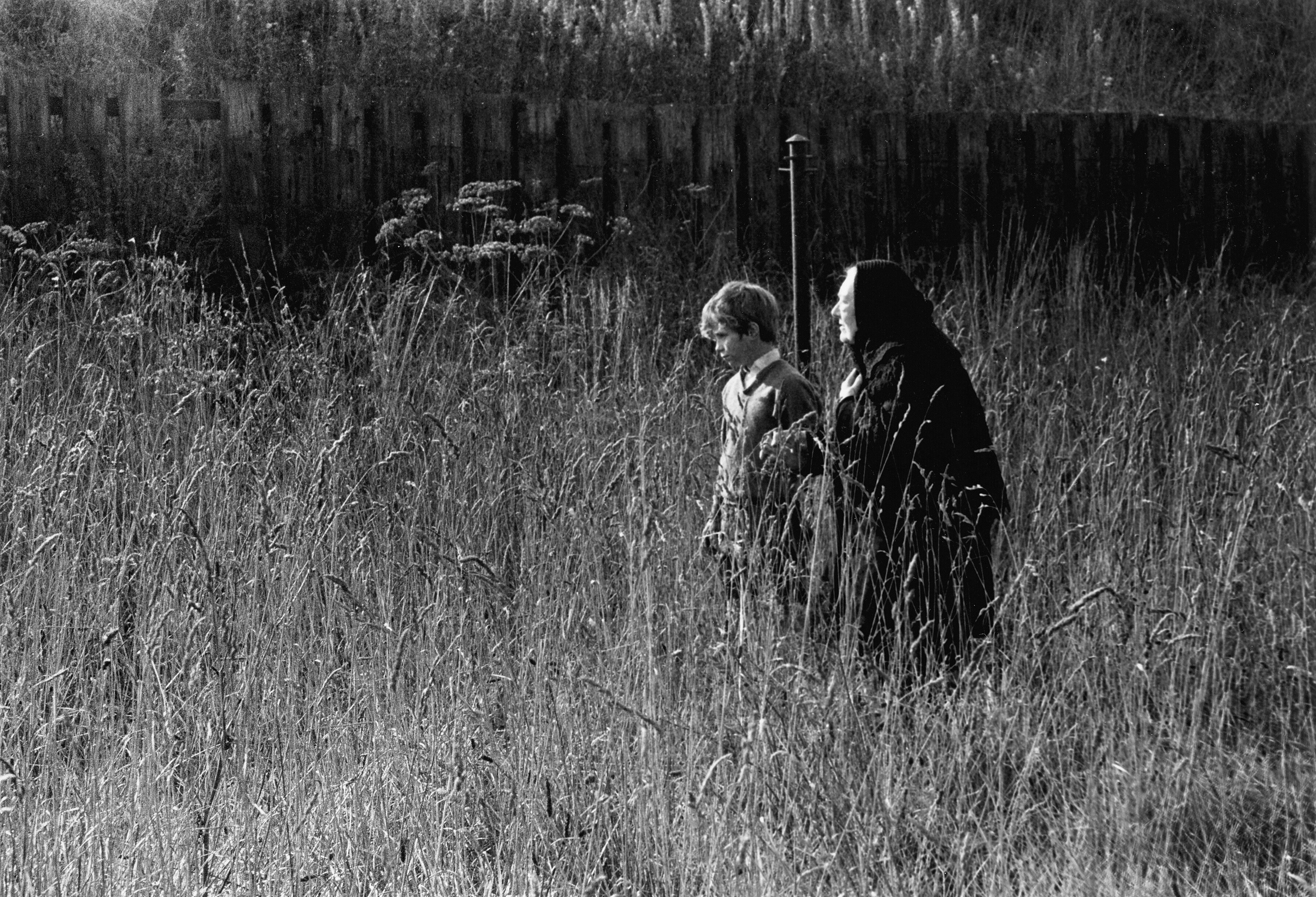 The evocation of cosmic elements and of nature confers to the Trilogy certain transcendence despite - or alongside - misery as powerful as Pier Paolo Pasolini’s work. In telling the story of a harsh childhood and of an awakening to the world, but also of an “incarnation” of the director in one actor, some could spot in François Truffaut’s the 400 blows played by its alter ego of cinema Jean-Pierre Léaud, a distant cousin of the Trilogy. 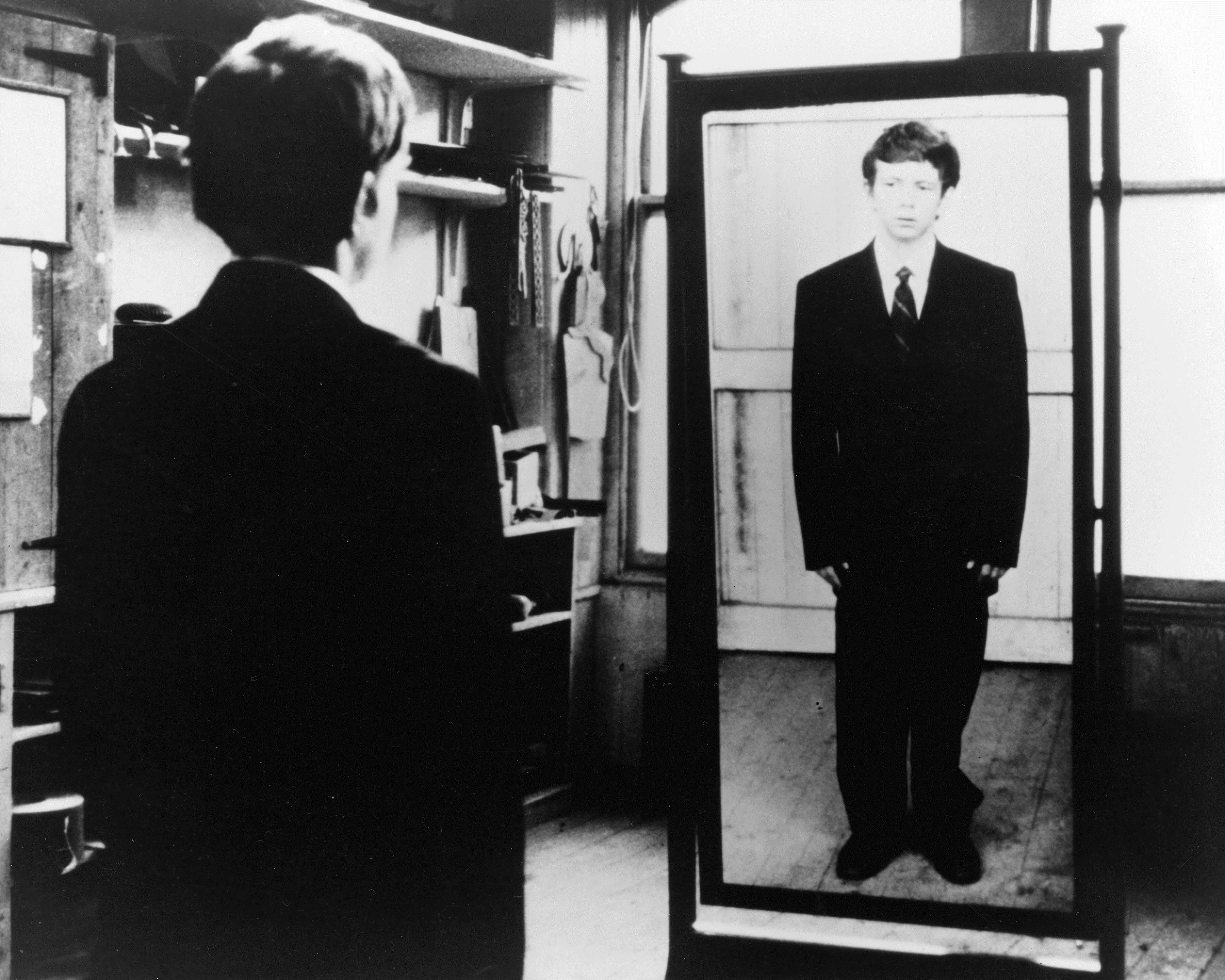 Thanks to a positive “bouche à oreilles” dynamic and appreciative reports from French media, the success of the Trilogy was noticeable. However quoting the  words of UFO distribution’s Paul Richer, interviewed by Olivia Luder at the Bill Douglas Cinema Museum, he had to “finish the work” by releasing Comrades too. This goal was achieved with its release in theatres only one year after the Trilogy in 2014. 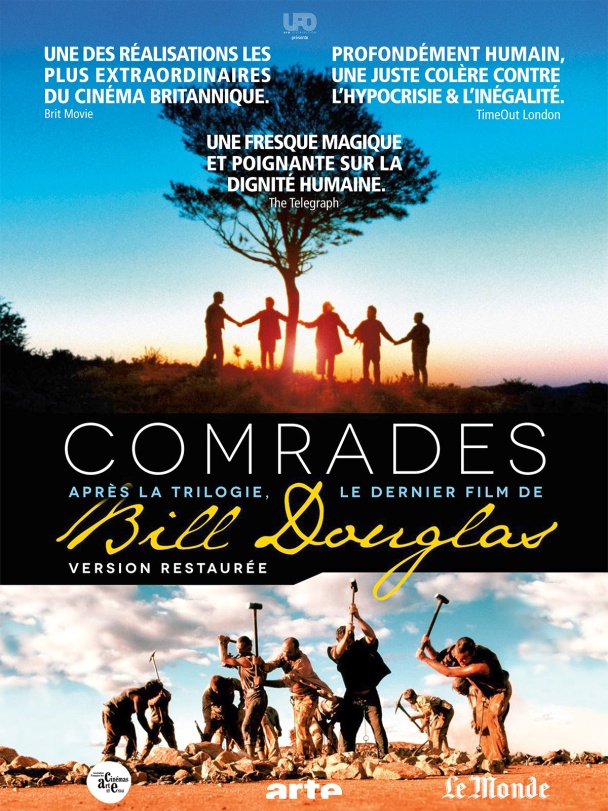 The story of a popular revolt should have had a specific echo in France. Still, just as the  Great Britain of 1987 was no longer the same after the end of the miners’ strike of 1984-1986, how would the movie be welcomed in France where the 30s left wing spirit of La belle équipe[2] seemed to have faded? In the end, the political dimension of Comrades was mainly developed and discussed in the press reports, and enthusiastically welcomed. But it is also a magnificent hymn to human kind and to men’s courage above itspolitical considerations. 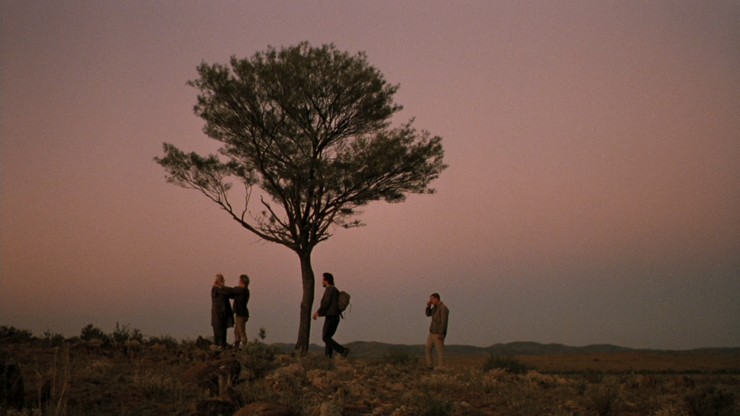 Technically, the use of the lights and colours was underlined,  some even thought it was reminscent of Vermeer's paintings. The mastery and the originality of the direction were admired; in particular breaks between long sequence shots and shorter shots, characters addressing  the spectator directly, and fluid use of various tones, from the documentary to a more theatrical style, but also comical or more dreamlike by the evocation of the various aspects of cinema. With Comrades, Bill Douglas reasserted his powerful narrative. 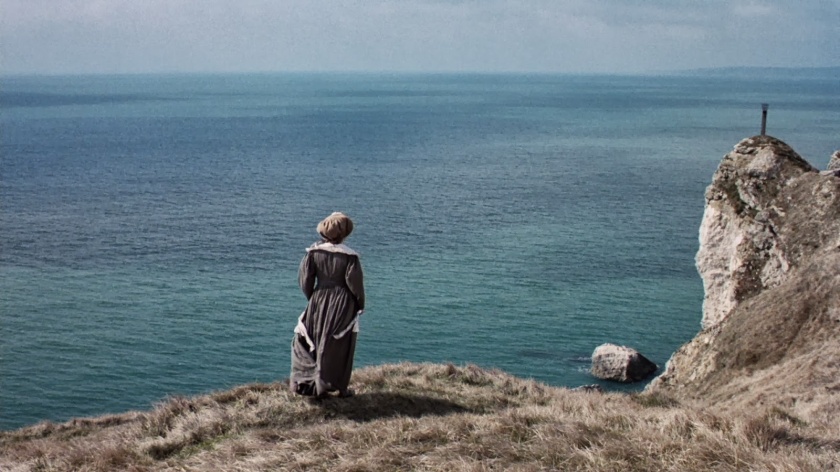 For Comrades, analogies between Bill Douglas and Ken Loach’s work – and more particularly Jimmy’s Hall – were again spotted regarding the defence of left wing ideas; and maybe also because Ken Loach is the best known British film maker in France. Others quoted German director Edgar Reitz’s Die andere Heimat - Chronik einer Sehnsucht[3], as closer to Bill Douglas’s directing methods, and also because of the themes of poverty and migration; this association could be also shared with the Trilogy regarding its Expressionist aesthetic. Some felt that the harshness and the violence of the Australian part of the film echoed the western “genre”.

Not quoted but nevertheless interesting are the links one could see with Les chants de Mandrin[4] because of the very personal and alive treatment of a historic subject and the universal story of camaraderie and freedom it tells. But let’s put aside all these comparisons: Comrades was saluted in France as a powerful, original and unique creation; the word “masterpiece” is simply used.

[2] They were five directed by Julien Duvivier was released in September 1936 and critics have associated the film with the rise and demise of the left government of the Popular Front.

[3] Home from Home - Chronicle of a Vision directed by Edgar Reitz was released in September 2013. It tells the story of two brothers between 1840 and 1844 in the Hunsrück area and their decision whether to flee hunger and poverty by emigrating to Brazil.

[4] Smugglers' Songs directed by Rabah Ameur-Zaïmeche was released in January 2012. In 18th-century France, friends of the notorious smuggler executed walk in its footsteps and distribute its late songs and stories of freedom.