James Hammett: “No matter how men may treat you, they can never own your soul” 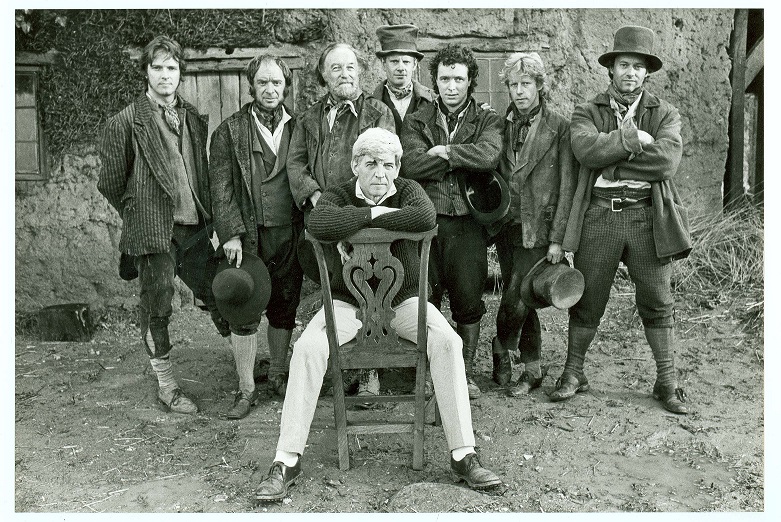 Bill Douglas’ Comrades (1987) tells the story of the six Tolpuddle Martyrs who formed what would come to be known as the first Trade Union in Britain in the early 1830s for which they were subsequently unjustly convicted and deported to Australia. The first half of the film, set in Dorset, focuses on the lives and relationships of the six martyrs (George and James Loveless, Tom and John Stanfield, James Brine and James Hammett), their formation of a 'friendly society' in response to the continual reduction of their wages, and their conviction and subsequent transportation for the crime of swearing a secret oath. The second half of the film presents the martyrs separated across Australia and serving their sentences. The story moves between each of them in separate episodes, providing a glimpse into their new lives as convicts before concluding with their eventual return to England, following the announcement of their pardon in 1836. Watch a trailer for Comrades, advertising its recent French re-release in cinemas, here.

At the centre of the film is the presence of a travelling magic lanternist, a familiar figure from nineteenth century popular entertainment who travelled around, bewitching audiences with the manipulation of light through the magic lanterns carried upon their backs. The lanternist acts as the film’s chorus figure and is played by Alex Norton who assumes fourteen different roles in the film. These characters, like the lanternist, are all in their own way showmen who introduce to the narrative a different mode of pre-cinema optical entertainment (read more about this in Bill’s essay, “A Lanternist and His Comrades”). This pre-cinema narrative blends together with the martyrs’ story in more ways than one, underlining the importance of establishing new ways of seeing the world.

Whilst themes of class, power and wealth are fundamental to this story, Comrades is much more concerned with the effects they have upon the lives of the men than with the subjects themselves. Bill’s account of the martyrs is one preoccupied with ordinary men and women, the relationships between them and the meanings within their simple yet significant everyday lives. In his memoir of Bill, Andrew Noble notes that, “[t]hough his medium involved the most intense realism, [he] was a visionary storyteller, not a factualist” (1) and in this sense Bill’s concern lies with the emotional truth of the story rather than the facts. We see this when, on the men’s arrest, James Hammett (Keith Allen) takes the place of his brother John (Patrick Field) who, if convicted, would not have been able to provide for his new born baby. We also see this when, in Australia, George (Robin Soans) helps a lost young convict named Charlie (Symon Parsonage) who then secretly places his own ration of food into George’s rucksack. 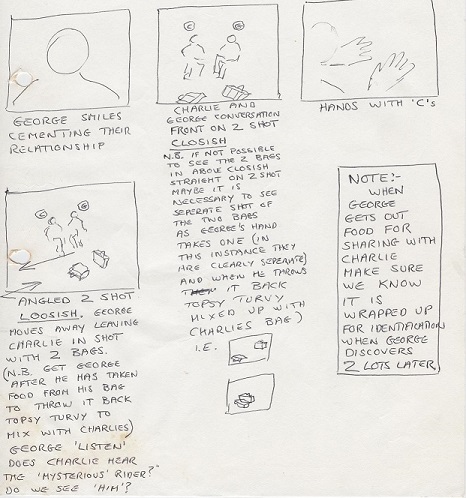 The film itself is very much a product of love, patience and commitment and it is a fascinating insight into the complex process of filmmaking. Bill started writing the screenplay in 1979 but the film was not released in cinemas until 1987. Owing to a troubled and complex production history, Bill endured many complications and false starts on the project. Initially Mamoun Hassan, who was working at this time as head of the National Film Finance Corporation, helped to secure funding for a script of Comrades (2). Further support and funding came from Jeremy Isaacs and David Rose at Channel 4 who also found the film’s initial producer, Ismail Merchant. Merchant began working on the project in 1984 but owing to artistic differences between himself and Bill, he left the production. Simon Relph then joined the film as producer which proved to be a highly successful collaboration and filming began in September 1985.

Bill would re-write the screenplay for Comrades many times during this long process due to the artistically complex and intricate vision he had created in his mind. Duncan Petrie, in his essay on the making of Comrades, explains that “Douglas had worked out everything so thoroughly while writing the film that to remove anything effectively upset the balance he had achieved in his mind...[t]o remove one brick in the wall affected the whole” (3). This is just as much evident in the detail of Bill’s storyboards at it is in his screenpl 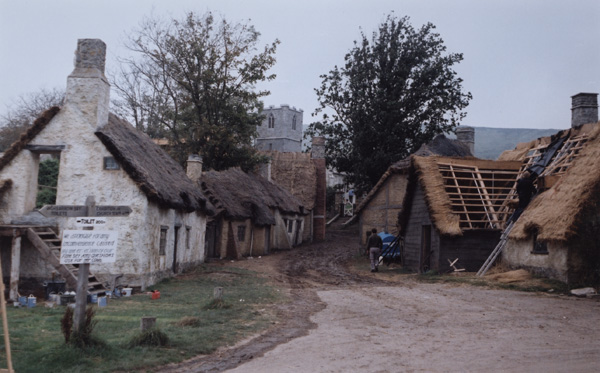 ay (see the image above).

An inordinate amount of work also went into production design, location scouting, and casting. Extensive visits to Dorset and Australia were required to find specific locations for each scene. The village of Tolpuddle had become too modern to be authentic for the 1830s setting and so the Tolpuddle scenes were actually filmed in the antiquated, abandoned village of Tyneham (which had been taken over by the army after the Second World War). The image on the right is an on set photograph at Tyneham taken by Nick Keen.

Michael Pickwoad, the film’s designer, made a detailed record of the Australian locations visited and of his ideas and designs for particular sequences, as can be seen in the images below. Replicas of some of the pre-cinema objects were designed and built especially for the film, such as ‘Gaviotti’s patent steam heliotype’ and the phantasmagoria. 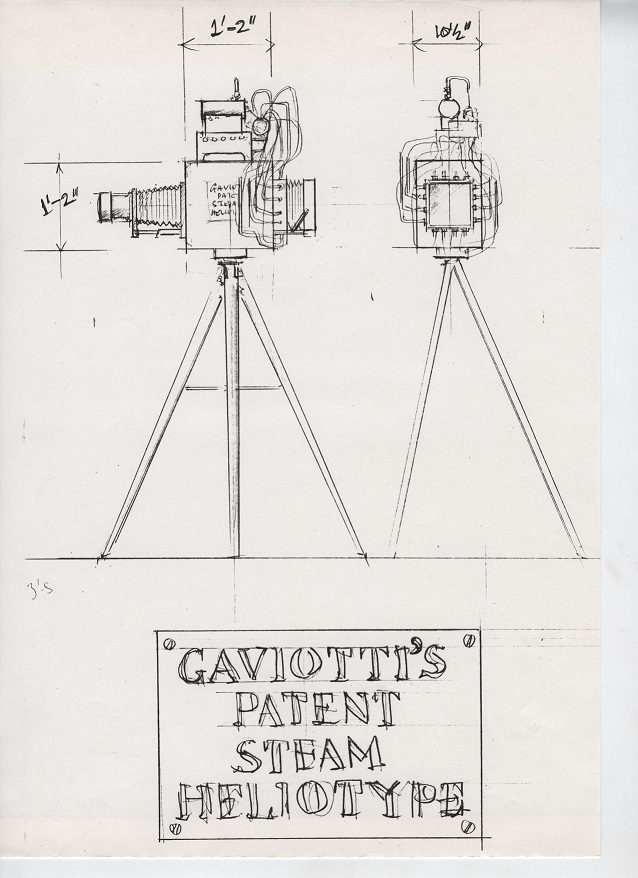 The cast of Comrades is a mix of little known and well established actors and it is no coincidence that the latter play the parts of the upper class, whilst the former play the parts of the lower class; Vanessa Redgrave, James Fox, and Robert Stephens made cameos whilst Imelda Staunton, Phil Davis and Keith Allen were just beginning their careers in film. To learn about the cast’s memories of filming Comrades, click here to watch Andy Kempton-Nye’s documentary “Visions of: Comrades”. You can also view further documentaries made by Andy about the film: The Lanternist's Account and Pre-Cinema and Comrades

Also, click here to watch a BFI question and answer session on Comrades with Phil Davis, who played Young Stanfield, and with Dr. Phil Wickham, the curator of The Bill Douglas Cinema Museum.

The film’s release in August 1987 was difficult – due to the three hour length of the film many cinemas wouldn’t screen it. Comrades was, however, met with much critical acclaim, with Philip French arguing in The Observer that Bill had done the martyrs’ story “proud” (4) whilst The Times’s David Robinson noted how “[t]he seasonal colours of the English countryside are captured with Pre-Raphaelite luminosity” (5). Once again, Bill proved his importance as a unique visionary talent and, with Comrades, his reputation as one of the most poetic and artistic of British filmmakers was cemented.